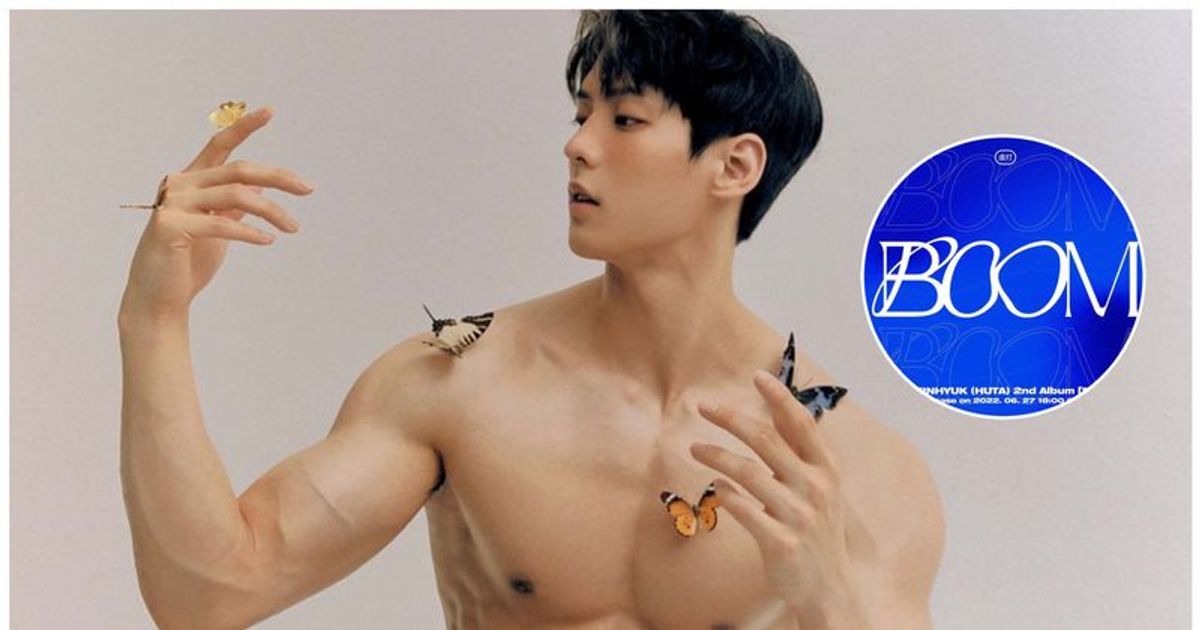 Aside from his contribution to boy band BTOB, this will be Minhyuk aka Huta’s second full-length solo album

It seems like the comeback line-up will continue to grow in June and fans are much more excited about some of the new solo comeback announcements. Be it soloist Wonho, who will be releasing his new solo album “Facade” soon, or be it P Nation’s Dawn, who recently announced a comeback in June, as well as TWICE’s Nayeon, who will be making her debut as a solo artist this month, Eyes are on soloists directed.

So did BTOB’s Minhyuk, aka Huta, who announced a new solo comeback for the first time in three years, shocking Melody’s (BTOB fans) and Huta’s solo enthusiasts. Minhyuk has made a name for himself in recent years since the boy band member returned from the military. With his innocent face and a complete contrasting muscular physique, Huta is one of the most talked about buff boys in K-pop alongside Wonho.

The two buff boys are now making a comeback in the same month and fans can’t keep quiet. On June 9, Cube Entertainment released the official teaser image on BTOB’s social media platforms announcing Minhyuk’s second album since the release of his 2019 album Hutazone. The BTOB member is officially making his first comeback since being drafted into the military and will be releasing the full length album ‘Boom’ this June.

Aside from the activities he has been involved in with his boy band BTOB, this will be Minhyuk aka Huta’s second full-length solo album. In the artwork teaser image released to announce a new Huta comeback, the color blue took over the fans’ vision and the title “Boom” associated with an explosion caught the attention of fans who loved their Expectations have increased with the new Minhyuk solo comeback.

Already in 2019 with his solo debut album “Hutazone”, the BTOB member perfectly proved his all-rounder skills, as he was responsible for writing lyrics, composing and producing all his songs. Minhyuk proved to have no boundaries with the music genre as his versatility as a solo musician shone with “Hutazone”. Fans are now ready to see a similarly boundless album with his second LP, Boom, set to be released on June 27th at 6pm KST.

As this will be Minhyuk’s first solo comeback in three years, fans lost their calm when they started tweeting on Twitter using the hashtag #HutaIsComing. One fan said, “Huta is coming.” Another fan said, “Aaaaa can’t wait!!!” One fan anticipated, “What if we got Minhyuk with a Pentagon member on the album?” One fan said : “Boom MC who has been in 4 shows with BTOB lately has indeed been a UNIVERSE spoiler for us. HUTA JUNE COMEBACK.” One shocked fan commented, “I STILL CAN STILL BELIEVE THIS IS FINALLY HAPPENING!!! HUTA JUNE COMEBACK.”

One fan said: “WOYYYYY FINALLY!!!!!! CRAZY! I’M SO HAPPY! FINALLY THIS WORRY END! I’m tired of renewing Twitter every day and waiting for this comeback. Om oh my god. GOOD LUCK HUTA.” Another fan said, “I really want the BTOB soloist to win at a music show and Minhyuk has the greatest potential to be first. His music, rap style and visuals can really appeal to the international fans, so let’s try our best to promote him this time. HUTA JUNE COMEBACK.”