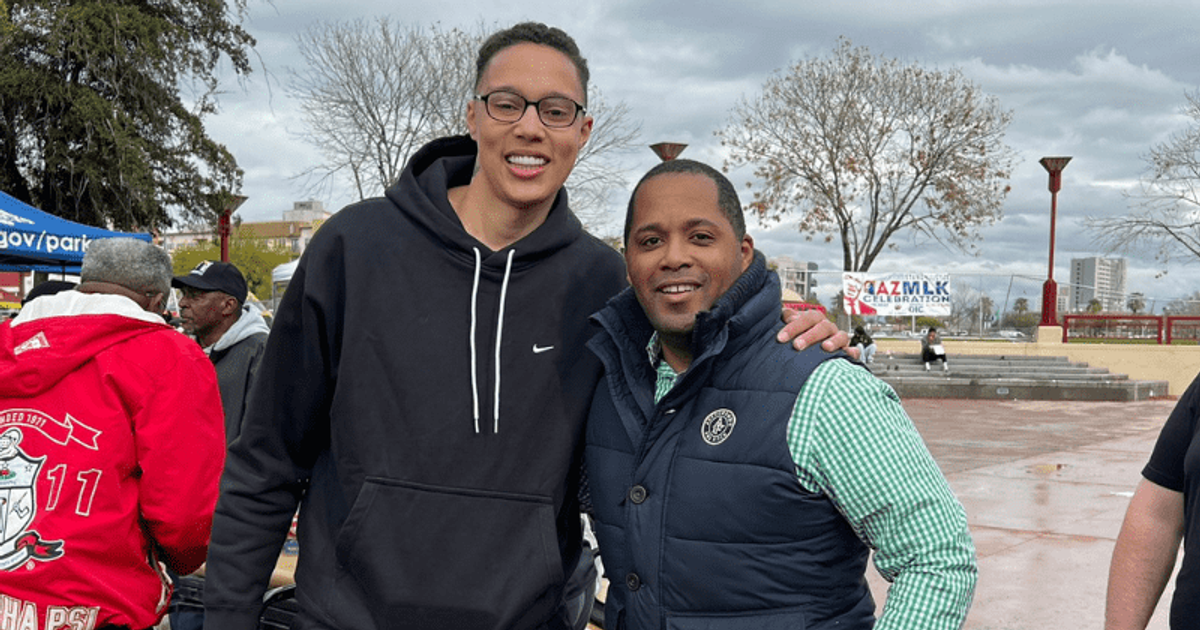 PHOENIX, ARIZONA: After her release from Russian captivity in December 2022, Brittney Griner has been seen in public for the first time since. The WNBA star reportedly attended a Martin Luther King Jr. Day march in Phoenix with her wife, Cherelle. She was also seen taking photos with her fans and enjoying herself during the celebrations.

It came as no surprise why Griner went public after her release in Arizona, which is the state where she played all of her WNBA games with the Mercury. However, she did not play in the 2021-22 WNBA season because she was arrested in Russia for possession of marijuana vape cartridges.

In her post, she then expressed her gratitude to her family, friends and the US government, writing, “I am grateful to everyone who has reached out to me, especially my wife, Cherelle Griner, my family, Lindsay Kagawa Colas and Casey Wasserman and my entire team at Wasserman, Vince Kozar and Phoenix Mercury, the players of the WNBA and my entire WNBA family, Terri Jackson and the WNBPA staff, my Russian legal team Maria Blagovolina and Alex Boykov, the leaders, Activists and grassroots organizations, Gov. Richardson and Mickey Bergman of the Richardson Center, the Bring Our Families Home Campaign, Roger Carstens and the SPEHA team, and of course a special thanks to President Biden, Vice President Harris, Secretary Blinken and the entire Biden-Harris administration .”

“President Biden, you brought me home and I know you are committed to bringing Paul Whelan and all Americans home too. I will use my platform to do whatever I can to help you. I also encourage everyone who helped bring me home to continue their efforts to bring all Americans home. Every family deserves to be whole,” added Griner.

Meanwhile, Griner’s first public appearance has attracted plenty of comments online, with one user tweeting, “Welcome back to Phoenix @brittneygriner.” Another user wrote, “Glad to see you out and smiling, ignore the haters. ❤️” The third user shared, “Oh my goodness to see her back in the US ~ looks amazing lots of love and best wishes!! #welcomehomebg.” The fourth user added, “Believe me, she knows what she’s learned. She deserves a second chance and all the happiness for the future.”

There were a few haters too, with one of them noting: “Russia forced her to cut her hair and humiliated her 😂😂😂.” Another said: “Looks like she’s standing up, she will.” stand tall during the national anthem this season?”

“Oh the irony!! Hates America, gets arrested and is in a Russian jail. And our lame President won’t get her out on an equal footing!! She should have spent a little more time in a labor camp there. I’m curious what she thinks to take their freedom for granted !SMH,” one tweet said.