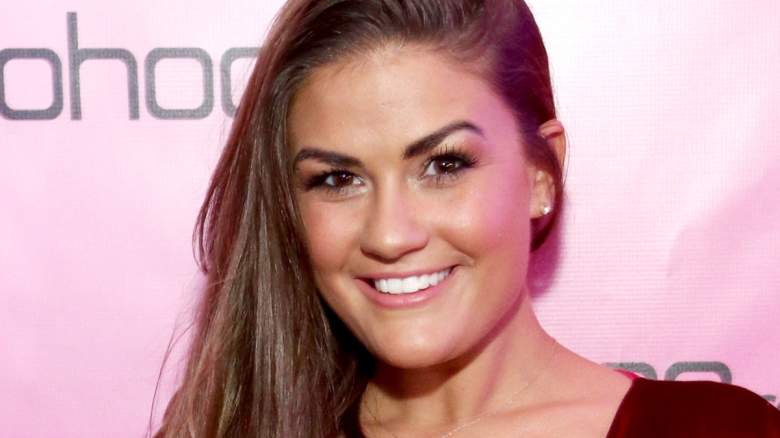 Brittany Cartwright has a lot to celebrate.

The former ‘Vanderpump Rules’ star has officially lost 40 pounds in six months on the Jenny Craig Max Up program. She became a spokesperson for the company in January 2022 and keeps up with the program by showing her progress every few weeks.

Cartwright originally set a goal of losing 30 pounds, but after losing 34 pounds in four months, she set a new goal of 40 pounds — and she’s officially achieved it.

“Now I look and feel like myself again,” Cartwright said after her latest achievement.

On September 5, 2022, Cartwright shared her latest commercial for the company.

“So excited to have my new commercials airing today with @jennycraigofficial!!!! That was such a fun day!! I feel so blessed,” she captioned the video.

Several people praised Cartwright for doing such a good job with her weight loss, but another conversation played out on Reddit, with Bravo viewers tearing up the commercial, criticizing everything from Cartwright’s eyebrows to the tone of her voice.

Shortly after Cartwright shared her commercial, several Redditors responded to it in a thread. While many people said Cartwright was good looking, others focused on the commercial itself and couldn’t help but share their opinions on Cartwright’s voice and acting skills.

“I watched it with the volume off because I can’t handle it but damn she looks amazing,” one person wrote.

“I didn’t even listen to the sound and I know exactly how I sound. The acting omg friggin frigging awful,” added another.

“I had the video muted and I can already tell she’s exaggerating,” said another Redditor.

“I watched this with no sound and even then I could feel Brittany’s voice scratching my eardrums,” read a fourth comment.

“Ok I won’t lie, I saw this in silence originally and had an inkling of how bad it was. I checked it out with the volume up and it was so much worse than I thought it could be. Who hasn’t stopped her and said, “Hey, you need to speak up!” The only word separating them was ‘delicious,'” chimed in a fifth Reddit user.

Despite the negativity surrounding Cartwright’s latest TV spot, Cartwright received a lot of support from those closest to her, including her husband Jax Taylor and several of her friends.

“Get it, mom. I’m so proud of you. You look absolutely gorgeous! Always have, always do,” added Vanderpump Rules star Lala Kent.

“Sooo proud of you and happy for you bitty!” said Kristen Doute.

Cartwright hasn’t revealed if she will set a new goal to continue losing weight or if she will enter a maintenance phase.