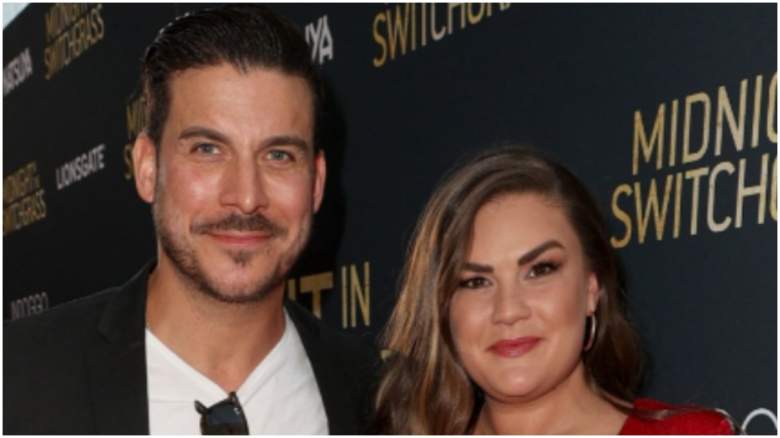 Jax Taylor and Brittany Cartwright’s relationship was a roller coaster when they were on Vanderpump Rules, but things seem a lot more stable now that they’re married and have a kid.

After the couple married in Kentucky in June 2019, the couple welcomed son Cruz in April 2021. Today, their focus is on pulling their son out of the reality TV limelight.

Fans know that Cartwright was vocal about her weight gain during her pregnancy. She previously told Us Weekly that she was “trolled” on social media by critics who compared her postpartum body to her former “Vanderpump Rules” co-stars Stassi Schroeder, Lala Kent and Scheana Shay, all of whom had their first babies at an early age gave birth in 2021. As of January 2022, Cartwright has served as an ambassador for Jenny Craig’s Max Up program. In April 2022, she told E! News Daily Pop, she had almost reached her weight loss goal of 30 pounds.

In a May 2022 interview, Cartwright addressed the negative comments about her baby’s weight gain and defended her husband from social media commenters who predicted he would cheat on her if she didn’t lose her maternity weight.

During a May 23, 2022 interview on the Behind the Velvet Rope with David Yontef podcast, Cartwright described Taylor as an “amazing” husband and father.

“It’s incredible to see how much he’s grown,” she said. “I mean, I wish people could honestly see it because he’s just as grown up. He still has his same little Jax tendencies. He will still be himself. But at the same time he’s, he’s just grown a lot and he, I think he knows what’s important now if that makes sense.”

Cartwright also spoke about how she’s dealt with the “very tough” hate she received on social media from body shamers during and after her pregnancy. Cartwright revealed she gained 20 pounds with the COVID quarantine even before she became pregnant in 2020. She also denounced the perception that her husband pressured her to lose weight.

“He knew everything I was going through,” Cartwright said of her difficult pregnancy and birth. “He was there holding my hair while I threw up. He was there in the delivery room… and he just talked about how amazing it was, how beautiful it was, and how strong women are. I mean, I think it changed the way he sees women, to be honest. Like he was just so amazed after I gave birth to Cruz.”

“I think it’s kind of obvious and the way he loves our son and loves me I think it’s very obvious by the way he acts that he’s gotten so much better and our relationship has gotten so much stronger.” , added her. “Every once in a while we get silly comments… I’ve gained a lot of weight. People will say: ‘He will leave you because you are fat, now you are ugly.’ … And he thought I was prettier after having that baby. … He just wouldn’t stop talking about how strong I was and how beautiful the birth of our son was. And when you go through something like that together, you just look so strong.”

While Cartwright has a close relationship with Taylor today, that wasn’t always the case. The former SUR bartender’s past infidelities were well known in the early seasons of Vanderpump Rules. While dating Schroeder on the first season of the Bravo reality show, he cheated on her with a woman in Las Vegas and later slept with her close friend Kristen Doute.

During a 2016 appearance on Schroeder’s Straight Up With Stassi podcast, Taylor admitted he only thought about himself when he was younger. “It just became easy, it was like an instinct,” he said of his cheating on The Daily Dish. “And that’s really sad and that’s really disturbing that it almost became like I knew I was going to do it. Like it’s just an OK thing. … I haven’t thought about it. I just did it and I didn’t care.”

Two years after Taylor and Cartwright started dating in 2015, he cheated on her with SUR contributor Faith Stowers. The affair took place on “Vanderpump Rules”.

On a 2017 episode of “Vanderpump Rules.” Taylor admitted to being unfaithful to Cartwright. “This isn’t the first time I’ve been caught cheating,” he said in a confessional, per E! News. “Brittany and I had fought for a long time. There are… so many things. I didn’t know her [Faith] wanted to say everything. I do not know.”

According to People, Cartwright later said in a confessional that Taylor avoided her when he cheated on her.

“I feel like when Jax cheated on me I didn’t see much of him or he would try to leave the house a lot,” she said. “I worked really hard to forgive Jax for cheating on me. And though I’ve forgiven him, it’s impossible to forget.”