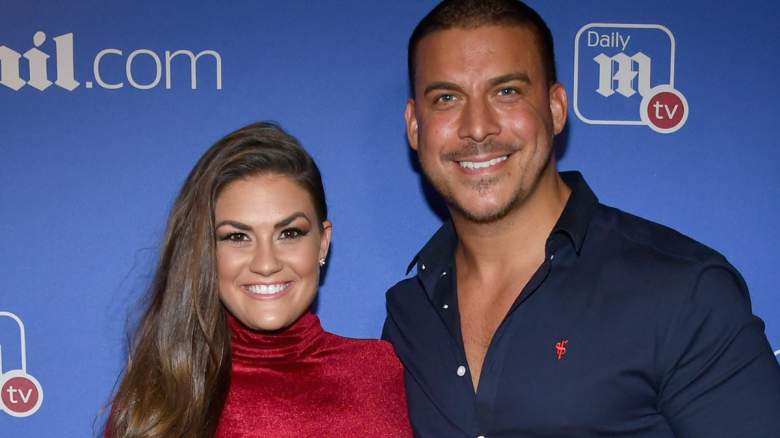 Brittany Cartwright has a plan for her second baby and the news could come sooner rather than later.

The former ‘Vanderpump Rules’ star has been working hard to get her pre-pregnancy body back. As the new spokesperson for Jenny Craig, Cartwright is fully committed to the journey — and reaching her new goal of losing 40 pounds.

However, with their son turning 1 in April 2022, Cartwright and her husband Jax Taylor have already been seriously considering expanding their family.

“I always said three [kids] and Jax always said two, but once we had Cruz he said we could have as many as I want. So we’ll probably end up with three,” Cartwright told E! News in April 2021. And it sounds like she’s ready to give Cruz a sibling.

Though she has no plans to conceive anytime soon, she recently announced that she plans to have another baby in 2023. On the July 1, 2022 episode of the “Scheananigans” podcast, Cartwright announced that she and Taylor will be having a second baby in the new year.

When Shay asked the mother-of-one when she plans on having another baby, Cartwright replied, “Soon. I mean not anytime soon. I just lost all this weight, I’ve got my body for a minute. But I would definitely say 2023. So after January.”

“And then, yeah, and then I’m definitely ready for baby number two. And Jax only wants two, but if I have another boy I’ll try a girl. I could end up with all three guys,” she added. “But we will see.”

Cartwright said that if she has a girl next, she’s not sure she’ll have a third. “That depends,” she said. She went on to say that she has no idea how she’s going to handle being a mom of two — or more — because it’s “a lot of work.”

In June 2022, Taylor did a Q&A on his Instagram Stories and was asked about his future family plans.

“Are you and Brit going to try for baby #2 anytime soon?” someone asked.

“Yes,” he replied, adding, “when is the question. But we want to have them close by.”

On the June 13, 2022 episode of the Betches Moms podcast, Cartwright admitted that she misses “being pregnant.”

“I’m definitely ready for another one. Soon. … I want my kids to be old enough to go to school together and be friends and not hate each other too much,” she said.

During her time on the Scheananigans podcast, Cartwright spoke about being a mom and how much she loves it.

“Cruz does something new every day and it’s so much fun. I love being a mom. It’s the best part of my life,” Cartwright said. She also spoke about how fun it was seeing Cruz at Disney World for the first time and how much joy she got from watching him take it all in.

CONTINUE READING: Jax Taylor reveals he and Brittany Cartwright are moving away from California