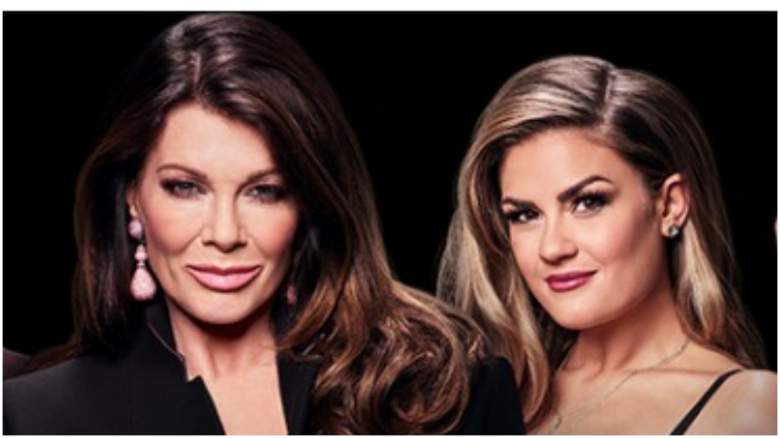 Lisa Vanderpump appears to be out of touch with several former “Vanderpump Rules” cast members.

During Lala Kent’s “Give Them Lala Live” tour on April 28, 2022 at the Irvine Improv, Cartwright hopped onstage alongside Kent, Doute and Katie Maloney, where they all posted some life updates.

According to a recap of the event on Reddit, the group not only played games with fans, but also answered questions. Maloney confirmed she still plans to open a sandwich shop with co-star Ariana Madix, the Redditor claimed. Kent said Maloney, who was recently single, gets more action than she does when it comes to dating.

But the biggest surprise came after someone asked if Lisa Vanderpump was “cool” in real life. The Redditor revealed the group was silent until Doute said she respects Vanderpump as a businesswoman and that’s all. Then Cartwright reportedly said that she wished Vanderpump would still speak to her when she was no longer on the show.

Fans reacted to Cartwright’s comment, which made it appear that she no longer speaks to Vanderpump since she is no longer a Vanderpump Rules cast member.

“Interesting tidbit about Lisa not speaking to Brittany anymore. No wonder,” wrote one commenter.

“No wonder LVP doesn’t talk to him brothersj. She never seemed to like them,” agreed another.

“Interesting that they had next to nothing to say about Lisa. I would have thought those still on the show would have something vaguely positive to say,” added a third commenter.

“Was I surprised at what they decided? Well, if you put it that way, yes. I would have been really surprised,” Vanderpump said in March 2021.

In March 2021, Taylor told fans on Instagram Live that he hadn’t spoken to Vanderpump since he and Cartwright left “Vanderpump Rules.”

“I’m not speaking to Lisa now, I haven’t spoken to her,” Taylor said at the time, per the Showbiz Cheatsheet. “She’s in her own world, and I’m not really…she’s another one that could, uh, interest me less. She is in her own world. Nothing against her. I just don’t care either way.”

During an appearance on the Girls Night With Alexis Waters podcast in June 2021, Cartwright also admitted that she hadn’t spoken to Vanderpump recently.

“I didn’t talk to her as much as I thought we would,” she revealed. “I love Lisa. I looked up to her so much, always have. I’ve always been one of their biggest fans. I thought we might keep in touch a little more. “

She attributed the breakup in part to the COVID quarantine, adding that Vanderpump sent gifts to Michael Cauchi after the birth of their son Cruz in April 2021.

“She sent Cruz some nice gifts,” Cartwright said of Vanderpump. “I don’t know, it’s weird because they’ve been so close, especially for Jax, for so long. It’s kind of weird not talking to her as much as I used to. But she certainly congratulated us and sent us a present and all. She hasn’t met Cruz or anything yet, but hopefully she will.”

Back then, Cartwright expressed hope that Vanderpump would score Cruz, but it seems a year later still nothing has happened.