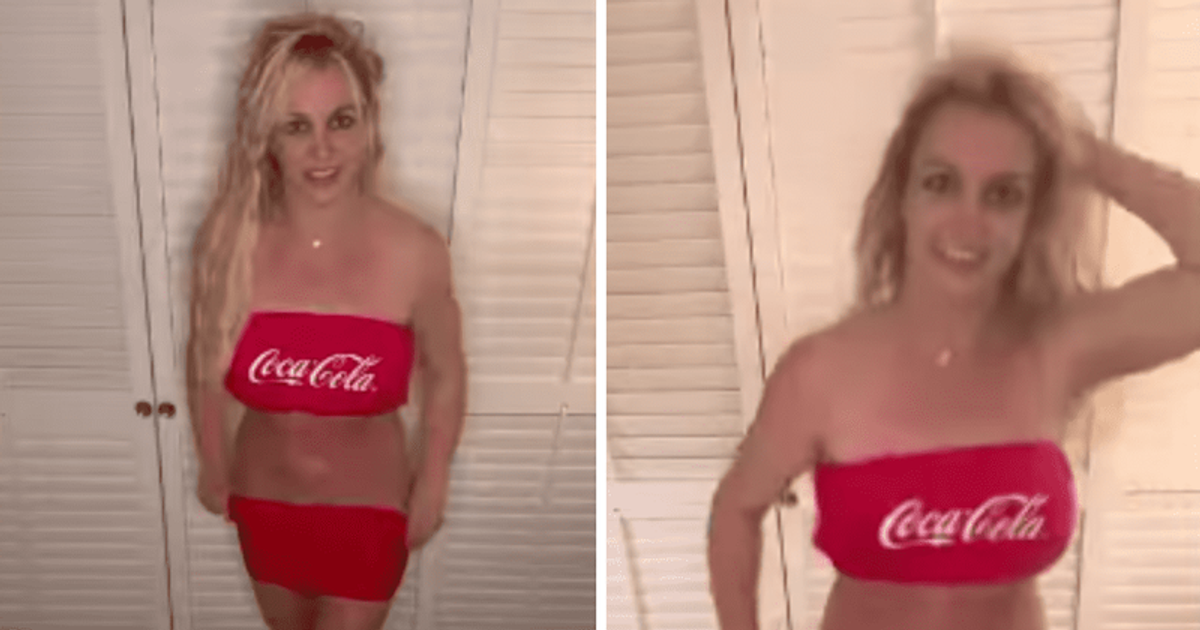 In the video, she appeared to be drinking, while the caption read: “I was at my Aunt Suzy’s house 🏠 we baked 3 cakes 🥧 to give at church this Sunday ⛪️ !!! I heard men prefer the cherry 🍒 and women prefer the banana 🍌 !!!” The ‘I’m a Slave 4 U’ singer then poked fun at the incident over the weekend, writing: “Anyway… the news that I’m tipsy on the news and then taking advantage of my past is a clever way make me look like a pardoned woman that we can look at and say AWWW!!!

‘Apologize and fuck yourself’: Britney Spears angrily lashes out at mom Lynne

“My neighborhood friend says I’ll pay for this for the rest of my life!!! I’m sorry dear friend but if you’ve ever tasted my cake…could I finally deliver it with my beautiful a**…I guess my ignorant way of trusting these TRUSTEES couldn’t look anywhere else…. not on an ice bowl 🧊or to show relevance, but maybe MY A** 🍑 to intertwine real worship versus a blind-sighted setup…which 🤷🏼‍♀️🤷🏼‍♀️🤷🏼‍♀️ ???? Shhh other edit by RED!!!!”

But Spears didn’t stop there. In a separate post that included an image of Mars, she added, “A bright one… plain and simple!!! Thanks childhood friend, I found my ball…don’t underestimate the power of purity!!! I see through it all…it has liquid and it’s wet…it’s playful and has bulk!!! I changed my name to River Red 🔴 !!! Yet the fire 🔥 is where it shines 💡…to stare at it and jump in without fear!!!! Fuck. Now I have to find my FORK 😏🍴😂 !!!”

Additionally, the ‘Womanizer’ singer’s Instagram profile name also reveals that the singer dubs ‘River Red’. These recent posts have received no response from their online followers as it appears Spears has disabled them. Her last Instagram part that drew a lot of comments was when she wrote about her two sons. She had said, “To my two boys…I love you…I would die for you!!! Thank God my precious hearts!!! I would give anything just to touch your face!!! Sending my love… Mamasita🌹🌹🌹.”

But the December 2 post was filled with comments like, “Anyone here because their comments are disabled? 🤔” “Is Britney actually free? Because these new posts… And then no comments”, “Anyone wondering why all your posts look like they were taken on an iPhone 3? The quality is SO BAD…it’s 2023…these videos just seem so old…” and “What’s the sketchy location your 2 newest posts are in? And the nervous side eye in the Coca-Cola outfit video?!?! #whereisbritney #whereisbritneyspears.”