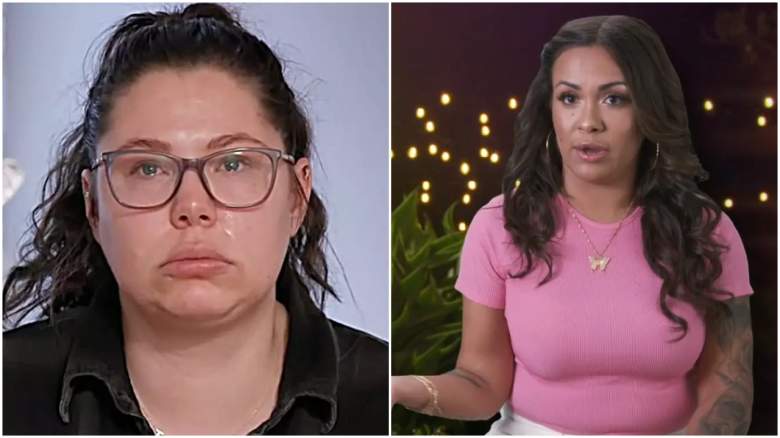 In an Instagram Story uploaded on May 14, 2022, Briana DeJesus threatened Kailyn Lowry. Though the story is no longer active, DeJesus wrote, “I hope when you signed this agreement to pay my legal fees you felt like a complete idiot. Fuck you and you can suck my d**k. I hope I see you so I can spit in your face.”

The post was screenshotted and posted to @teenmom.tea, Ashley Siren wrote in the comments section, “…this is getting old and no one spits…this is nasty.”

And a third chimed in: “This is screamingly obsessed with how you put so much energy into someone you don’t like so early on LMAO. Kail still won because she will always get under Briana’s skin.”

DeJesus is clearly not over the drama between her and Lowry.

On April 18, 2022, the lawsuit between Lowry and DeJesus was dismissed in DeJesus’ favor. In an interview with Celebuzz, DeJesus simply said, “I won.”

In her own Instagram story, per Us Weekly, Lowry later wrote, “While today’s verdict is unfortunate, I have to respect the judge’s decision. That being said, I stand by my truth and the information that has been disseminated about me is still untrue… I want to thank my legal team for fighting for me and I look forward to life after this trial so I can focus my energies solely on my boys and my future business ventures.”

Hon. communicated his decision. Robert J. Egan stated, “Lowry’s claim that Soto’s source of information that Lowry broke into the home (Mr. Lopez) was unreliable says little that Soto knew with a high degree of awareness that the claim was false. “

“While the isolated statement regarding ‘burglary and intrusion’ can be considered libelous, there is insufficient evidence that Soto knew the statement was false at the time it was made,” the judge continued. “For legal reasons, Lowry has failed in her duty on the issue of malice.”

Since Judge Egan’s verdict, the drama has continued to escalate.

On May 4, 2022, The Ashley’s Reality Roundup revealed that DeJesus was planning a party to celebrate the dismissal of the lawsuit in her favor.

At the time, a source told the outlet, “As bad as the ratings are right now, they’re probably going to jump on it and film it. If someone tipped off Kail, it would make for glorious television.”

Both DeJesus and some of their guests have posted updates of the event on social media. Attendees at the event included Luis Hernandez, DeJesus’ sister, Brittany DeJesus, Jade Cline and Sean Austin.

Jenelle Evans, who was fired from MTV in 2019, also attended the event, sparking rumors that she is returning to the franchise. However, Evans has yet to say anything about a return to Teen Mom.