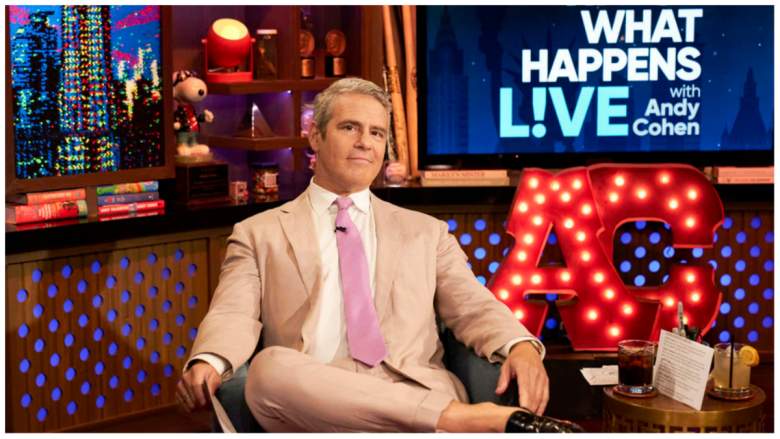 Andy Cohen shouted at a Bravo star how different he looked from a few years ago.

On a September 2022 episode of Watch What Happens Live, Cohen welcomed Southern Charm stars Craig Conover and Austen Kroll to the Bravo clubhouse.

During a game titled “Should Shep Regret It,” Cohen commented on flashback photos of Conover and said he’d aged greatly in recent years.

Conover celebrated his 33rd birthdayapprox birthday in February 2022. During the WWHL game, a photo of him with a baby face flashed onscreen, prompting him to comment, “Yeah, look at me.” Cohen then got on board.

“I mean, by the way, that brings up something that strikes me,” Cohen said. “Because there was a moment where we were showing all these flashbacks of you four years ago … you looked so young four years ago.”

Conover pointed to his facial hair and said, “That changed a lot of things.” He then told Cohen it was okay for him to “tell” him what was on his mind.

“You’ve aged a lot in four years,” Cohen replied. “I do not get it. is it the beard That’s what I wanted to say. Is it the beard?”

Conover explained that his weight and lifestyle have changed a lot in four years.

“Well, and I was 25 pounds lighter at the time,” he explained. “Addicted…I was doing so much Adderall back then.”

He then rubbed his beard and added, “And I think that started when I was in the Bahamas and the compliments were nice. And I thought, you know what, I will.”

Kroll also noted that old Craig “had never seen the sunlight either,” adding to his throwback pic, “That didn’t look good. Not a good sight.”

After Conover asked Cohen if he looked “better now,” the Bravo host teased, “We’ll talk about it.”

This isn’t the first time Conover has opened up about his addiction to Adderall. In his memoir, Pillow Talk: What’s Wrong With My Sewing?, he revealed that he started taking the drug while attending law school in South Carolina and that his use spiraled out of control. He eventually admitted that he was addicted to the drug.

“It was maybe the sixth season reunion [but] I had never spoken about it,” Conover told E! News. “And eventually I just sat on the stage and I thought, all the questions that were asked and all the issues that were raised, I mean, the answer was Adderall.”

In an interview with People in August 2022, Conover revealed that he had gained weight after quitting Adderall, but recently went to the gym to get fit.

“Adderall Craig was 165 pounds at my heaviest,” said the Southern Charm star. “When I wasn’t addicted to amphetamines, I reached a healthy weight of about 185 pounds. “

But he admitted he was still “unhealthy” and started gaining weight because he started eating a lot of junk food.

“I got on the scale one day and I was 205 pounds,” he said. “I started seeing my face and neck. … As soon as I started buying bigger pants, I knew I had to do something to change.”