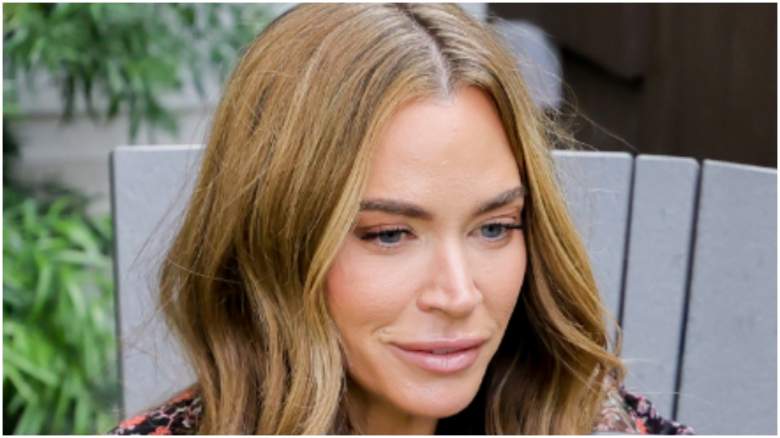 Former Bravo stars Teddi Mellencamp Arroyave and Tamra Judge host a podcast titled “Two Ts In A Pod.” May 24 Arroyave went to Instagram to share that their podcast has a significant following.

“Can you believe @iheartradio hired us two gits and we’re the most listened to housewives podcast? 🤯 Tag any current or former housewife you want to show us next! Our goal is to please ish. @two.ts.inapod @tamrajudge,” reads the post’s caption.

Real Housewives of the Potomac stars Gizelle Bryant and Robyn Dixon shared their thoughts on Arroyave’s Instagram post while recording a June 2022 episode of their Reasonably Shady podcast.

During the “Reasonably Shady” episode, Bryant shared that she didn’t appreciate Arroyave’s Instagram post, which claimed that “Two Ts In Pod” was the “most popular housewives podcast.”

“Tamra and Teddi, you failed to say that you are the most listened to non-housewife podcast. former. Ex. And yes, I’m shady,” said the RHOP star.

Dixon also asked where Arroyave got “those stats” from.

“I’m going to have to pull some iHeartRadio numbers, ladies, because what you’re saying isn’t true. And for the record, the challenge is on,” Bryant said.

“I was kind of offended. Little bit. For those of you who don’t know, Tamra used to be in the Real Housewives of OC. Teddi Mellencamp was on ‘Beverly Hills’ and I actually like those two ladies. And don’t get me wrong Tamra – with all due respect you were with ‘OC’ for like 12, 13, 14 years. All due respect. Teddi you were in Beverly Hills for four minutes so we don’t even really count you yeah I’m dodgy. But come on, you just want to ignore Robin and Gizelle?” said Bryant.

Dixon interjected that she believed Arroyave uploaded the post “for attention.” She also claimed that “Two Ts In A Pod” was popular because Judge and Arroyave aren’t Bravo stars anymore and “can talk all kinds of shit about their shows.”

“So you could have a bunch of nosy people who want you to talk about other housewives,” Dixon said.

Arroyave starred in the eighth, ninth, and tenth seasons of RHOBH. She also appeared briefly in the show’s eleventh and twelfth seasons. During a March 2022 Us Weekly interviewthe reality TV personality shared that being a guest star isn’t something [she is] interested in it” in future episodes of the show. She also revealed that she misses starring in RHOBH.

“The good news is that I still see and talk to the women I’m friends with. So that’s not missing, but I mean, it’s been a big part of my life for a long time, but I’m happier without it. But of course you miss things. It’s like that friend who didn’t treat you well, but you still think about him every now and then,” said the mother-of-four.