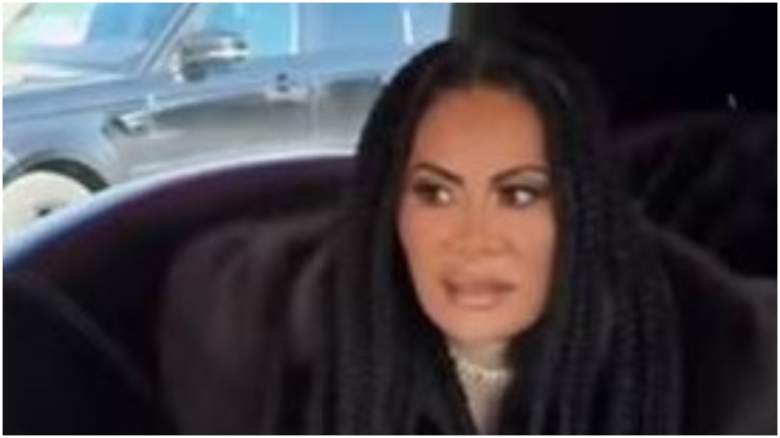 In March, the “RHOSLC” star was charged with conspiracy to commit wire fraud and money laundering as part of a widespread telemarketing program and her arrest was on camera.

When agents showed up at Shah’s home in Park City to arrest her, her family members were evacuated. According to Us Weekly, Shah and her husband Sharrieff’s two sons, Sharrieff Jr. and Omar, were seen in Homeland Security footage that aired during the episode of the Bravo reality show. The Sun Notes Sharrieff Jr. is 26 and Omar is 16 years old.

In a surveillance video broadcast on the show, Shah’s younger son and another young man were seen with their hands raised as they walked out of the house while federal agents watched them.

“RHOSLC” fans saw events play out in near real time as Shah went on a trip with her castmates after receiving a tip that agents were looking for her. Shah made up a story that her husband had “internal bleeding” and then got off the group’s vacation bus when they were about to drive to Vail, Colorado.

What happened next left fans and Shah’s co-stars in shock. During an appearance on Watch What Happens Live shortly after the episode aired, RHOSLC star Heather Gay said it was “terrible” to see the gunmen evacuate the Shah’s house. She also noted that the second young man seen with his hands up was Shah’s nephew.

After his “WWHL” guest star Michael Rappaport said the police swarm looked like a scene from “CSI”, Gay said: “I would have liked to see it”. [“CSI” actor] David Caruso, because this guy marched out your 15-year-old son and nephew with the heavy artillery? It was very annoying to me. I thought it was terrible. “

On social media, viewers reacted to Bravo’s unnecessary inclusion of footage of Shah’s son and nephew in the episode “Real Housewives of Salt Lake City.” Many fans wrote that it was “heartbreaking” to see the innocent young men walk out of the house with their hands up.

“Why is no one talking about how traumatic it must be for their children as young blacks,” one viewer said tweeted. “That scene was terrifying.”

“I hate the idea of ​​Jen Shah’s black sons having to face guns in their own house (yes, I blame Jen for that) and even more that Bravo showed it, hands up and everything,” another wrote.

“I still don’t understand why Bravo and the production company who oversaw #RHOSLC felt the need to use the footage of Jen Shah’s son and nephew with their hands up when their house was searched. That’s disgusting shit, “another tweeted.

“Scharieff & [Jen Shah] are mistletoe parents ”, another tweeted. “[Bravo TV] & Production are fucking people for showing the kids being led out of the house at gunpoint. Sticky, tasteless and numb, how these children will be emotionally scarred. “

Others speculated that Shah released the footage to get sympathy for her family.

“I suspect Jen would not have let Bravo air this personal footage unless it was about $$$ and / or compassion,” wrote one Redditor.

“Jen shared it with the production to be shown,” speculated another viewer. “She thought it would awaken compassion in the audience. Let’s not forget who brought these children into this situation. “

“Jen is responsible for negating her kids, but imo … Bravo made one and one bad choice to show the footage,” added another. “They had all the footage they needed to give us a juicy episode and could have let the kids out of there.”

However, another Reddit user pointed out that the act was “already done”, whether or not it aired on Bravo, and that this was the real problem.

“Bravo will choose to broadcast or not, it doesn’t mean it didn’t happen,” wrote the viewer. “Now that you know it actually happened, are you more upset with Bravo for showing it? Or are you pissed off that the police handled it that way? …. It was not necessary to approach the house because of a white-collar crime. Period.”

CONTINUE READING: Will Jen Shah be fired from RHOSLC?