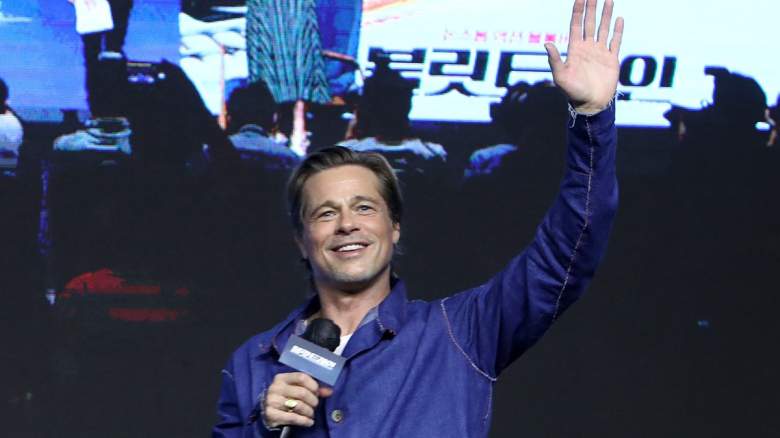 When Brad Pitt appeared in the premiere of HGTV’s Celebrity IOU in 2020, fans got an in-depth look at just how inspired and involved the famous actor is when it comes to designing and building new structures. Now the Oscar winner has turned his passion for art and design into a new side project as a visual artist, surprising fans and art critics alike with his first art exhibition.

The exhibition, which will be open to the public until January 15, 2023, “sends a strong message of collaboration, creating something new and a sense of community,” said Anna-Kaisa ikonen, mayor of Tempere, where the museum is located . Images of Pitt’s art taken by visitors to the exhibition have surfaced on social media.

Pitt created nine sculptures in wood, plaster and bronze for the show, some of which are painfully violent.

One of these, titled “Aiming At You I Saw Me But It Was Too Late This Time,” is a giant, molded plasterboard hanging on a wall depicting a slow-motion gunfight. Cast from multiple human body casts, partial forms of faces, bodies and handguns protrude from the slab he created in 2020.

Another massive piece that’s the size and shape of a coffin is a bronze box covered with hands, feet, and faces trying to break through the structure. It’s called “Buried Needs”.

Pitt’s artwork also includes several houses, including the first sculpture he made in 2017 from rough-cut blocks of wood, which he dubbed “House A Go Go.”

Several other house-shaped clear silicone sculptures were shot at by Pitt himself with a pistol of various calibers, according to Finnish public broadcaster YLE, and show the trajectory of each bullet by freezing the destructive energy. This series is called Self-Inflicted Gunshot Wound to the House.

There’s also a play called Slave To Our Vices, which features a plaster cast figure bent over a wooden table with his head in an actual vise.

According to ArtNet, Pitt began experimenting with sculpting in 2017 following his high-profile divorce with Angelina Jolie, with whom he has built an impressive art collection. He was reported hiding in Houseago’s Los Angeles studio for a few months, experimenting with clay, plaster, rebar and wood for up to 15 hours a day.

YLE reported that although the imagery in his art may be violent, Pitt said it was not a statement about violence in the world.

“For me, it’s all about self-reflection,” Pitt said. “It’s about, you know what I did wrong in my relationships? Where did I go wrong?”

Pitt continued, “It really was born out of possession. What I call a radical inventory of the self. To be really brutally honest with myself and… consider those that I may have hurt and moments where I’m just plain wrong.”

Pitt’s most famous relationships were with ex-wives Jolie and Jennifer Aniston.

Pitt also revealed that he spent time with his fellow artists before it opened at the museum, which is set on a lake.

“It was so nice for us to be here. We had such a beautiful, beautiful stay,” he said. “We got a great spot by the lake and we kept the fire going at night and it just feels really special to us. It was like a refuge in a way.”