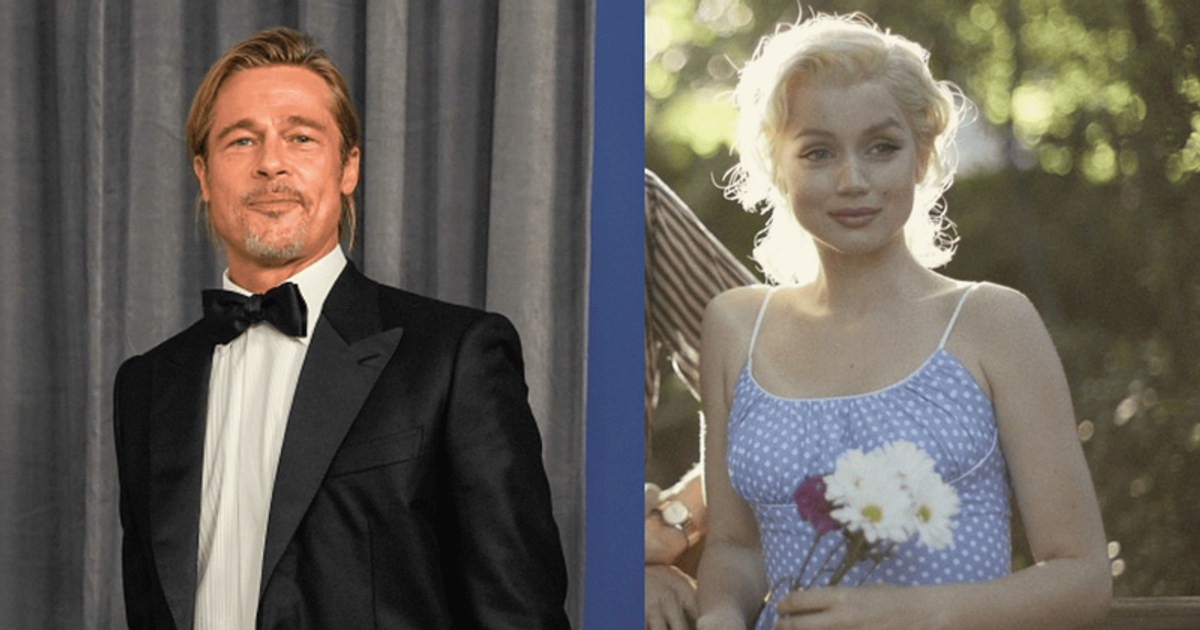 Brad Pitt, a producer on the film, said, “It wasn’t until we found Ana that we were able to get him across the finish line.”

Brad Pitt is producing “Blonde,” a fictionalized version of Marilyn Monroe’s life, with his company Plan B Entertainment. The actor had nothing but good things to say about co-star Ana de Armas to Entertainment Tonight at the Los Angeles premiere of his action movie Bullet Train on Monday. The project, based on the 2000 novel of the same name by Joyce Carol Oates, took ten years to develop before they settled on de Armas, 34, to star. There have been critics of de Armas, a Cuban who plays the legendary star, but Pitt is not one of them.

“It took ten years to complete. We couldn’t get it across the finish line until we found Ana. She’s great at it. These are challenging footsteps,” said Pitt.

Many Monroe fans weren’t too happy when the trailer for “Blonde” was released on July 28, complaining that Monroe spoke of de Armas with a Cuban accent instead of her iconic breathing tone. However, the official estate of Marilyn Monroe defended the actress’ casting in the film.

“Marilyn Monroe is a unique Hollywood and pop culture icon that transcends generations and history,” said Marc Rosen, President of Entertainment at Authentic Brands Group, which owns the property. “Any actor who steps into this role knows they have big shoes to fill. From the trailer alone, it looks like Ana was a great casting choice as she captures Marilyn’s glamour, humanity and vulnerability. We can’t wait to see the film in its entirety!”

De Armas recently spoke to ELLE about diversity in Hollywood and how she defied conventional casting by playing Monroe as a Cuban actress.

“I want to play Latina. But I don’t want to put a fruit basket on my head every time. So that’s my hope, that I can show that if we have the time to prepare, and if we just get the chance, just the chance, we can do anything,” she said. “You can do any movie — blonde — you can do anything. The problem is sometimes you don’t even get in the room with the director to sit down and prove yourself.”

The actress spent two to three hours a day on set getting her hair and makeup done for the film, and she also did a lot of extra research before filming began.

“Director Andrew Dominik’s ambitions were very clear from the start: to present a version of Marilyn Monroe’s life through her lens,” she told Netflix Queue in June. De Armas continued, “He wanted everyone to understand what it’s really like to be both Norma Jeane and Marilyn. It was, in my opinion, the boldest, most unrepentant, and feminist narrative of her story I’ve ever seen. “

“We worked on this film for hours every day for almost a year. I read Joyce’s novel, studied hundreds of photos, videos, audio recordings, films – anything I could get my hands on. Each scene is inspired by an existing photo,” she added. “We looked at every detail in the photo and discussed what’s happening in it. The first question was always, ‘What was Norma Jeane feeling here?’ We wanted to tell the human side of her story.”

Blonde will be released on Netflix on September 28th.