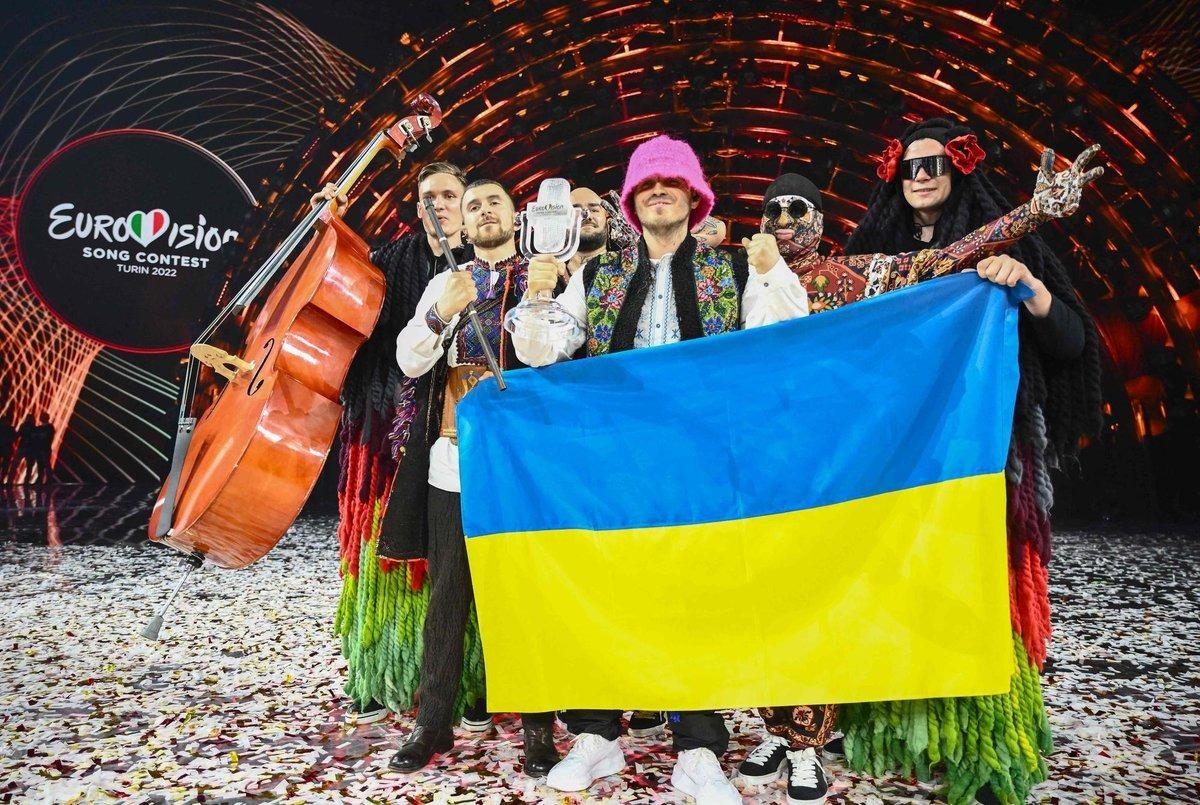 Boris Johnson has said he hopes Ukraine can host next year’s Eurovision Song Contest – saying the war-torn country deserves it.

The BBC is in talks with the European Broadcasting Union to host the event after the EBU decided it could not go ahead in Ukraine as planned.

The UK finished second in the 2022 competition.

But speaking to reporters at RAF Brize Norton after returning from an unannounced visit to Kyiv, Mr Johnson said he believed it should be possible for the music competition to continue there despite the ongoing conflict with Russia.

“I was just in Kyiv. I won’t say it’s completely jiving and buzzing and banging, but it’s much, much livelier. People are a lot more confident. People are out on the streets eating in cafes and restaurants in a way they weren’t just a few weeks ago,” the prime minister said.

“Ukrainians won the Eurovision Song Contest. I know we had a fantastic start, I know we finished second and I would love to be in this country.

“But the fact of the matter is they won and deserve to have it. I believe they can have it and I believe they should have it. I think Kyiv or any other safe Ukrainian city would be a fantastic place to do that.”

On Friday, Glasgow, London and Manchester were among the cities that threw their hats in the ring to host the Eurovision Song Contest should it come to the UK next year.

No final decision has been made, but a number of regional figures have suggested their city is best suited to host.

“We are ready to step up and support Ukraine by hosting a competition that pays tribute to and honors the Ukrainian people and also celebrates the best of Britain.”