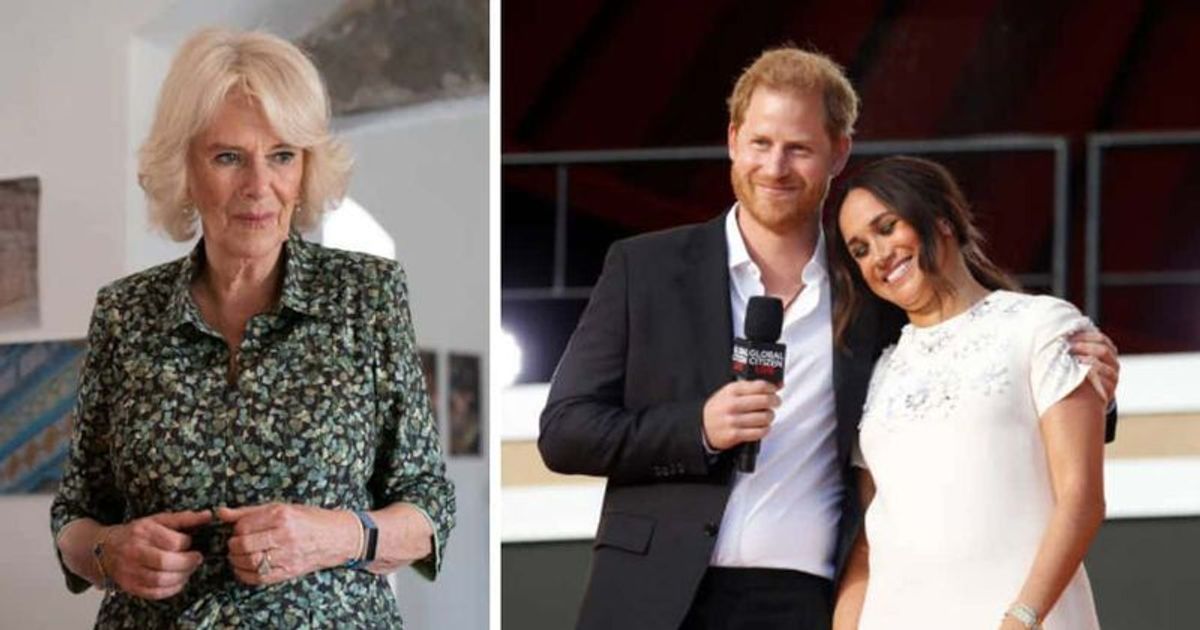 “Why do white people think all blacks wear their hair in afros?” asks one user

The Duchess of Cornwall, Camilla, is said to have told Prince Harry it would be “weird” if his unborn child of mixed race had “red Afro hair” when he grew up. Author Tom Bower said in his book that Camilla made the comments during a conversation with Harry and his family about his relationship with Meghan Markle. The book detailing this conversation is titled Revenge: Meghan, Harry and the War between the Windsors.

Bower appeared on Good Morning Britain to talk about his book. On the show, he claimed Meghan asked her loved ones not to speak to him. “She’s made it pretty clear to all her friends and people who work for her not to speak to me, so it’s been quite an uphill battle, but I’ve got enough people to speak to me, more than enough, I have about 80 people.” he said. When asked by moderator Ben Shephard how his report could be unbiased if he only interviewed people who didn’t like Meghan, Bower said: “Because I’ve been looking through everything, I’ve never put things in that aren’t true and haven’t verified Meanwhile, the Mirror reported that sources close to Camilla said the claims were “nonsense”.

In a separate interview with Oprah Winfrey, Harry and Meghan claimed that a member of their family made a comment about their firstborn child Archie about how “dark his skin might be when he’s born”. However, they had declined to name the person who made the comment. “During those weeks, Harry met Charles and Camilla at Clarence House,” Bower said. A year later, in 2016, Harry and Meghan announced their engagement. They married at Windsor Castle in the spring of the following year.

Although the couple were initially hailed as the new fresh faces of the monarchy, they soon felt sidelined. Meghan later said in her Oprah interview that she had suicidal thoughts while pregnant with her first child after being abandoned by the royal family. The couple then gave up their royal roles.

Meghan said in the interview that before Archie was born, she and Harry had to have several discussions with members of the royal family about “how dark” their baby could be. “Those months when I was pregnant [there were] Concerns and conversations about how dark his skin might be when he was born,” Meghan said in the interview. Harry added: “I will never share this conversation. It was embarrassing at the time, I was a bit shocked.”

“Four years later, Harry described the aftermath of those conversations as ‘really tough’ and ‘awkward,'” Bower claimed in his book. “But none of his previous girlfriends had quit work or been protected by the police. Harry also knew that Charles’ limited income from the Duchy of Cornwall meant the annual allowance for him would never exceed £1.5million, which by most standards was a sizable sum. Finally, in his view, any family speculation about a child’s appearance was (unfortunately) considered light-hearted by his elders. A conversation with Meghan would change that assumption.”

Camilla has been under fire for her comments, with social media users berating her on Twitter. “Camilla reportedly said wouldn’t it be ‘funny’ if Harry and Meghan’s child had auburn afro hair. For starters, there’s nothing wrong with a kid with auburn afro hair, and if she finds that funny, that says a lot about her views on black people…” one user wrote on Twitter. “Why do white people think all black men have their hair in afros? Archie is 3/4 white and his hair is finer than his fathers. Why would his hair be in an afro? The fight between Chuck and Will is annoying, each palace blaming the other for what they do,” said another.

“We have type 4 redheads in my family. Many of them. Why would Camilla think that’s “funny”? Obviously rhetorical as she has said quite a bit about her views on black people,” said one user, while another wrote , “Ginger Afro is so cute!!! Camilla, on the other hand, must get new dentures and find a way to keep her skin from falling off the bones. She looks like the walking dead. I said it!” One user said, “That hideous ‘funny’ comment made me think of this beautiful doll and child with curly hair of all hair colors – black, brown, caramel, red or blonde. I’ve seen kids with all these hair colors in my community who have African ancestry.”