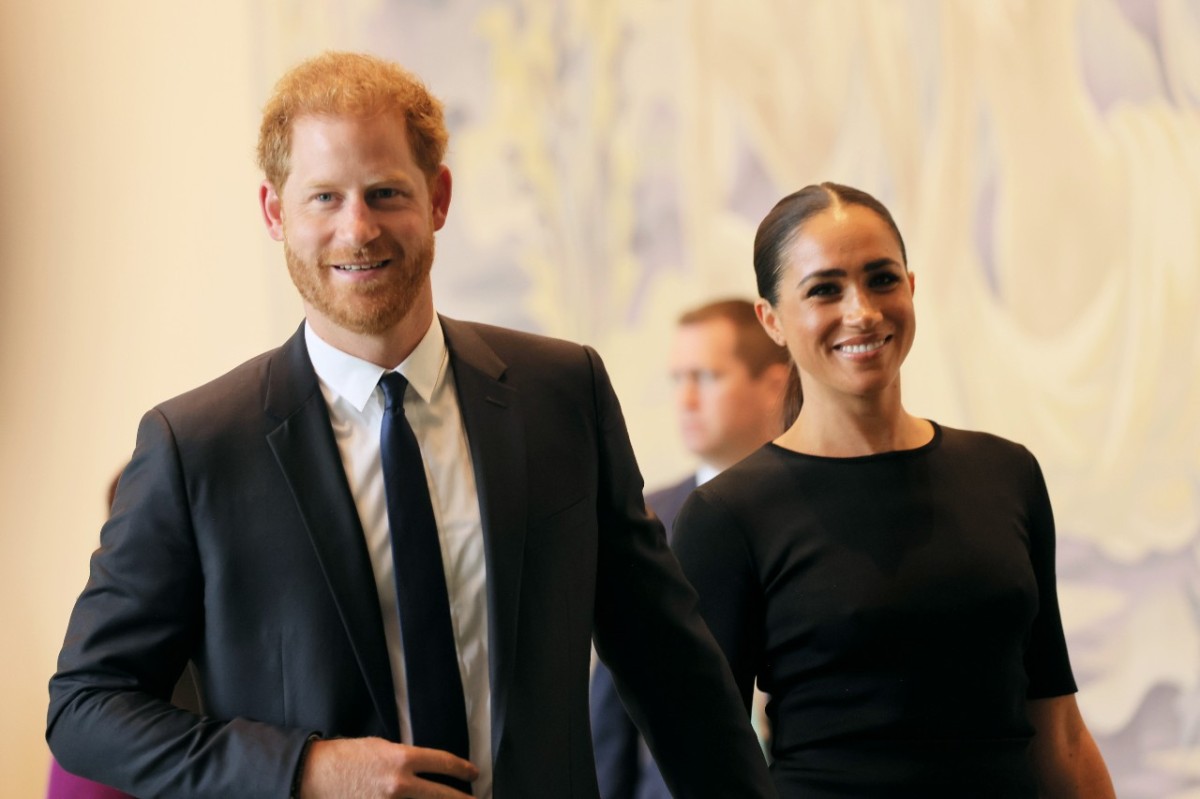 A body language expert took a closer look at Meghan Markle’s gestures and facial expressions during the Netflix documentary Harry & Megan. Meghan’s body language was revealing when asked a simple question and she seemed hesitant before giving a “non-answer”.

On his YouTube channel The art of behaviorBody language expert Spidey shared his analysis of the Netflix documentary.

He began his analysis by looking at Meghan’s response to the question, “Why did you want to make this documentary?” Her body language contradicted her response, according to the expert.

She replied, “Um,” then paused. “I’m not going to say it’s comfortable,” Meghan continued. “But when you feel like people haven’t gotten a sense of who you are for so long, it’s really nice to just have the opportunity to give people a little bit more insight into what happened and too who we are .”

Spidey first pointed out the hesitation, before Meghan answered the question, saying it “caught me off guard”.

He continued, “She hesitates for a while before even starting to answer. And for me, the first question that popped into my head was, “Why didn’t you think about it? You’ve been thinking about this project for a while, you’ve been working on it for a while. That’s probably a question you knew you were going to ask.”

The expert added: “Why do we see this tension, this hesitation before we actually get to any semblance of an answer? That was bizarre to me.”

She was asked about her destination and did not answer the question directly. “You weren’t asked if you were okay [or] when you’re uncomfortable, but she slipped that in,” Spidey pointed out.

Meghan’s response began with hesitation, the word “um,” followed by a deep breath and her “non-response statement.” Spidey explained, “In behavior analysis, we call all of these things ‘delaying tactics’ — basically anything you put between the end of the question and the beginning of the answer. And usually we hesitate to buy time to think about a good answer.”

The expert said this did not indicate “deception” but that the “delaying tactic” did “indicate some intent”. It gives the person “a moment to spin it right” when presenting their message.

Spidey pointed out Meghan’s “very slow blink” when she says, “I won’t say it’s comfortable.” Meghan’s blink didn’t seem to indicate she was dealing with an “awkward picture,” but rather with an “internalized concentration” while collecting her thoughts, according to the expert.

He concluded: “All of this suggests to me that it takes her a second here to get to this narrative. And we don’t get her first initial gut reaction. We’re getting something she thought of.”

Spidey also took a closer look at how her body language didn’t support her “bizarre” response.

“The second reason that struck me as odd was that her body language never suggested any discomfort during that statement and throughout the documentary,” he explained. “Yeah.”

“I don’t see any discomfort, especially at this moment. It’s very rare that we bare our necks when we’re uncomfortable,” the expert pointed out. “Usually there is discomfort, we are approaching, we are being guarded. So you’re saying you’re not feeling well, but your body language says otherwise.”

Spidey said her response was on brand for “what Meghan does as an actress” because “it kind of makes you curious” and “pulls the audience in.”

He continued, “But the second and more important reason I think she started it is because Meghan often tries to be relationship ready.”

Spidey explained, “She’s trying to be approachable because she knows most people are uncomfortable being in front of a camera, telling her story… so I don’t think she’s talking about her discomfort, I think.” She addresses the uneasiness most people would feel in such a situation to make a connection.”