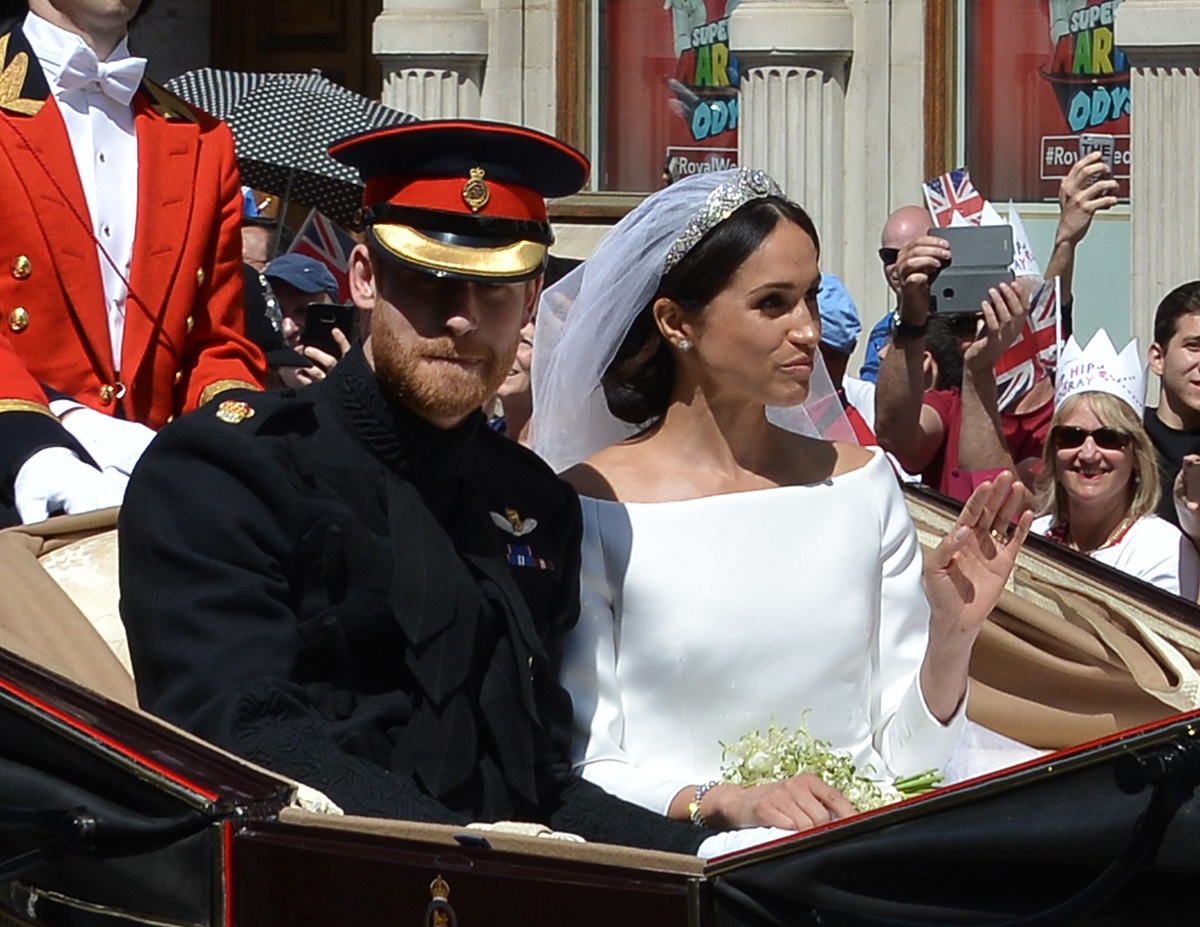 A lot has happened since Prince Harry married Meghan Markle on May 19, 2018. Long before the Sussexes resigned, moved to California and made some damning allegations against the royal family, they were all beaming inside St George’s Chapel at Windsor Castle on the day of their royal wedding.

Several members of Harry’s family also had smiles on their faces during the service, but as one body language expert observed, one of the prince’s relatives revealed that they felt quite “uncomfortable” during the service.

Body language expert Judi James analyzed footage from inside St George’s Chapel on the day of Meghan and Harry’s wedding and took note of how some of the royals behaved during the ceremony.

James told Express: “Charles looked every inch the happy dad, being more tactile and relaxed than usual with his wife Camilla and an enthusiastic host to Meghan’s mother Doria. If anything, Charles’s body language indicated that his enjoyment of the wedding was matched only by the overjoyed bride and groom.”

She added that Prince Harry’s cousin, Princess Beatrice, appeared “upbeat” throughout the ceremony, but a royal sitting across the aisle was not.

According to the expert: “Beatrice looked upbeat and playful and her suppressed smile with round cheeks sometimes looked like a smirk, but Zara, who was sitting across the aisle, probably provided the fun.

“Zara was heavily pregnant and although she arrived laughing happily with her husband Mike, her uneasiness at being wedged in a tight bench was evident. Her arms spread and she switched positions several times while smiling at her cousins.”

James concluded, “The sense of open affection from the crowd outside seemed to seep into the chapel, making this a very joyous and relaxed event for everyone save the squirming, uncomfortable Zara.”

A month after Meghan and Harry said yes, Zara and Mike welcomed a daughter named Lena. She was the couple’s second child when their first, Mia, was born in 2014. On March 21, 2021, the Tindalls welcomed another addition to the family with their son Lucas. After his birth, Mike called his wife a “warrior” when he revealed she had the baby on her bathroom floor at home.

“She was a warrior as always,” Mike said on his podcast The good guys, the bad guys and rugby.

Recalling everything he had done to prepare for their son’s arrival when they realized they couldn’t make it to the hospital in time, he said: “It was running to the gym, getting a mat , go to the bathroom, put the mat on the floor, towels down, prop, prop, prop. Luckily the midwife who was supposed to pick us up at the hospital wasn’t far so she drove up, arriving exactly as we had anticipated [position]and the second midwife came shortly after the leader arrived.”