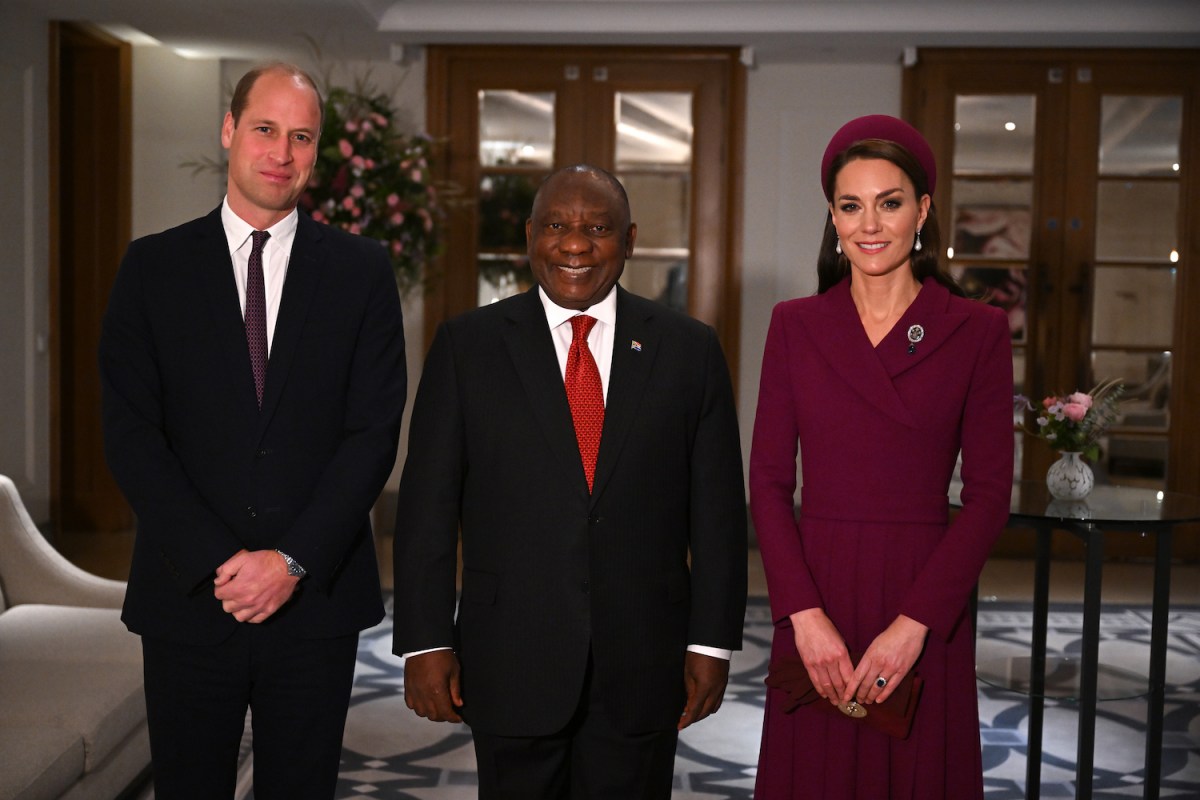 Prince William’s body language during a recent state visit was revealing, according to an expert who said William showed signs of “new skills” and “confidence”.

William and Kate met President Ramaphosa at the Corinthia Hotel in London and posed for photographs, with one image particularly striking Stanton.

“In the official photos of the Prince and Princess greeting the President of South Africa, there is a great shot of William and Kate standing with him in the middle,” Stanton shared.

“What is most striking about this photo is how William and Kate relate to the President. It’s a great shot with everyone smiling with genuine smiles,” he remarked.

Stanton also took a closer look at how William and Kate appeared to be in sync on the engagement.

“However, the Prince and Princess of Wales both extend their hands in front of them, they align and subconsciously mirror each other, showing that they are both on the same page, both thinking the same thing and acting almost like professional dancers because of the dubbing they do are. ‘ explained Stanton.

Her hand placement indicated a “submissive gesture,” Stanton noted. “You’ll often see people adopt this pose at a funeral or other solemn occasion, so they subconsciously pay due respect to the South African President as he stands with his hands at his side,” he explained.

Stanton explained, “He makes certain gestures, like putting his hand on his heart, which is a submissive gesture. I noticed as they took the stage and walked past Camilla [Parker Bowles] he made this gesture with his hands and placed them on his chest.”

The body language expert added: “We may have seen this as confidence over the past few years, but we have seen over the last 18 months to two years that Prince William has developed a boundless confidence when attending events like this.”

“Kate’s pose next to the President contains two signals of trust and connection with the camera,” James noted. “[Kate] initially poses with her hands clasped in front, mirroring her husband’s pose, but she is also seen with her arms down, a more individual expression of confidence.”

The body language expert added, “The second signal is the one raised eyebrow that creates a stronger equal sign with the cameras than the usual royal smile.”