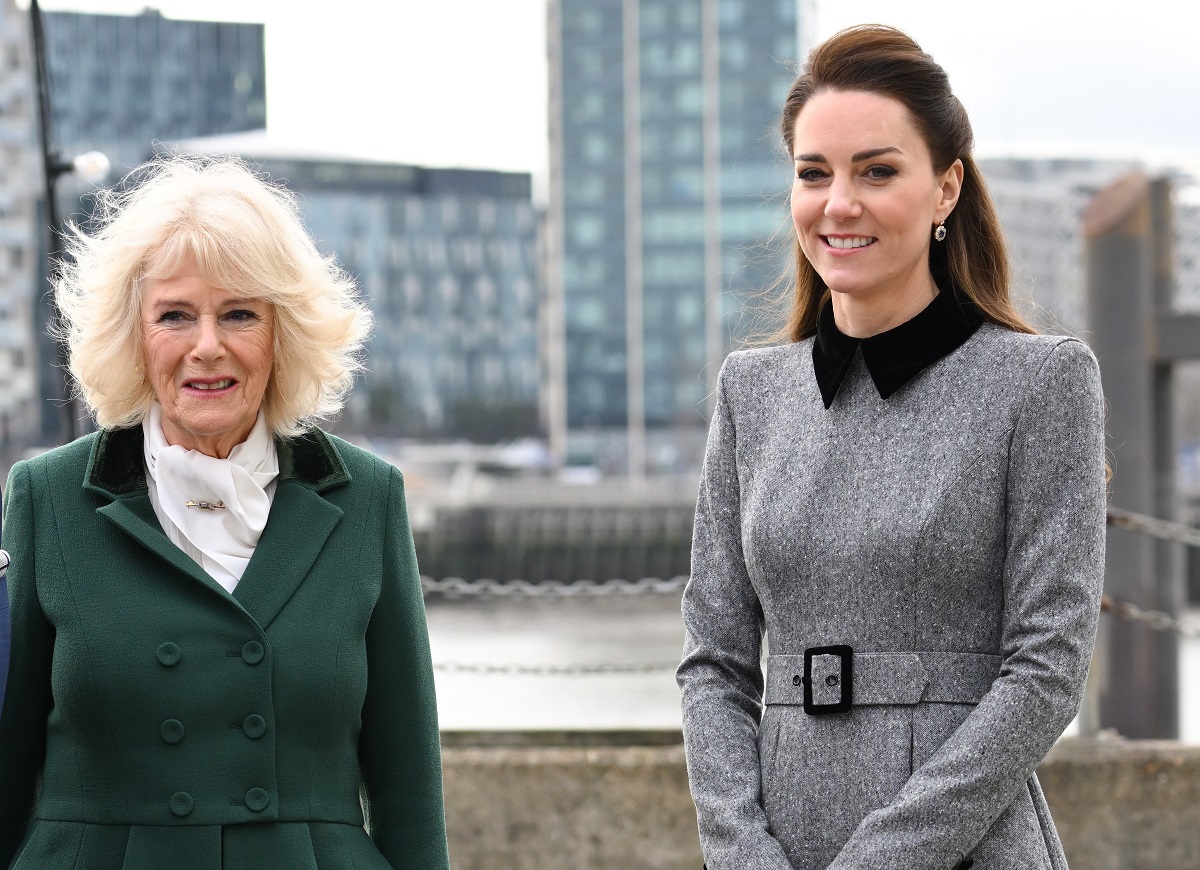 King Charles III led the memorial services as he and the rest of the royal family gathered for Remembrance Day. This was the first time Charles had led the service as the new monarch, but anyone watching seemed more nervous than he was.

According to a leading body language expert, the King’s wife Camilla, Queen Consort (formerly Camilla Parker Bowles) was showing signs of “fear” and the new Princess of Wales (formerly Kate Middleton) noticed and made a “concern” gesture to her mother-in-law.

The Queen’s new consort and Princess of Wales stood side by side on the balcony overlooking the cenotaph for the Remembrance Day service on November 13. Analyzing footage of the royal ladies performing together, body language expert Judi James said Camilla’s first service at Queen Consort was clearly nerve-wracking for her.

“As Camilla watched from the balcony, she combined signals of royal duty with some rituals of fear,” James told The Mirror. “She stood next to Kate and flashed a subtle smile of appreciation as her wreath was laid, and as she turned to face Kate on the way off the balcony, she flashed a rather affectionate smile when Kate spoke to her.

“Camilla smiled at Kate a second time before nodding, again in an appreciative gesture as she walked in front of Kate in her new role as Queen. Otherwise there were gestures of open fear from Camilla. She didn’t seem able to keep completely still and spoke to Kate once, but while looking straight ahead instead of turning to her.”

James pointed out that Kate may have also noticed Camilla’s nervousness at offering a gesture of “polite concern”.

James noted that “Kate quickly turned her head in a gesture of polite concern. Kate’s calm and very still body language contrasted with Camilla’s nervous movements, which was most evident in the fluttering of her vocal sheet while both of her hands were fumbling with it at all times.”

The memorial service came just nine weeks after Queen Elizabeth’s death, and on the Foreign Office balcony there was an empty seat between Camilla and Kate where the late Queen once stood.

In recent years, she has stood by and watched as her eldest son lays a wreath for her. On this day, Charles and his eldest son, Prince William, laid wreaths to honor the nation’s war dead for the first time since the death of Queen Elizabeth II. It was also the first time a wreath was laid in the Queen’s name.

The commemoration day is one of the most important in the royal family’s calendar, as the late Queen only missed it seven times during her entire reign.