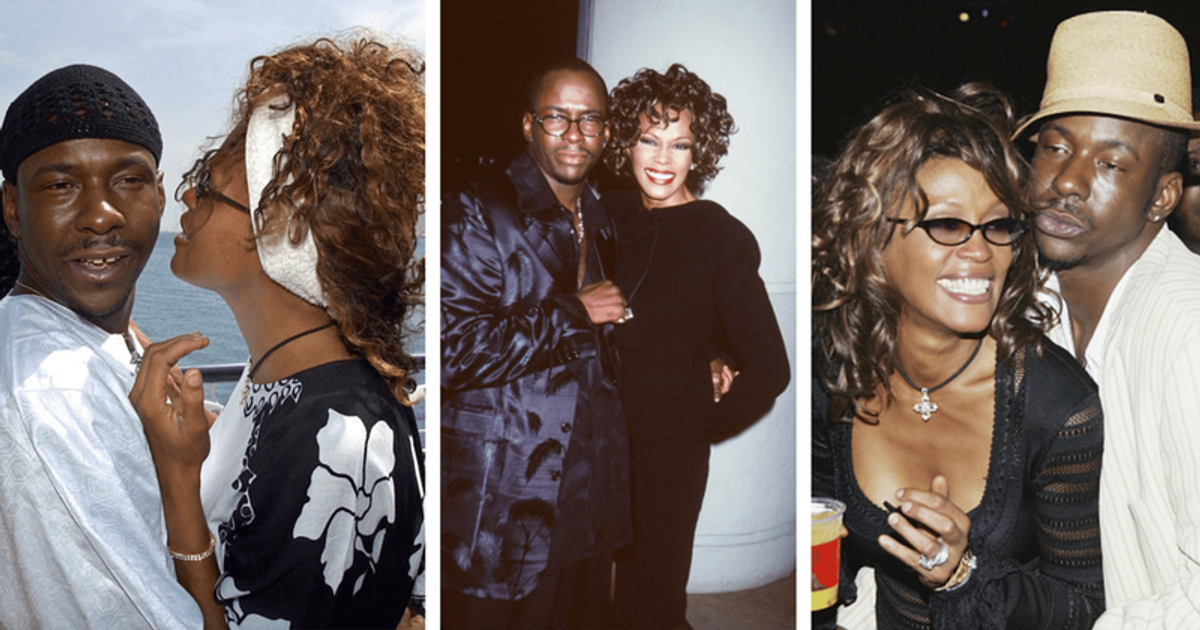 In a clip from Bobby Brown’s A&E documentary, titled “Biography: Bobby Brown,” the singer visits his ex-wife Houston and their daughter’s grave for the first time

Singer-songwriter Bobby Brown believes his former wife, actress and singer Whitney Houston would have been alive if the two had stayed together and battled their drug addiction. In a clip from the 53-year-old’s A&E documentary, titled “Biography: Bobby Brown,” Brown visits Houston and her daughter’s grave for the first time.

In the clip from the documentary, obtained by the Daily Mail, Brown visited Fairview Cemetery in Westfield, New Jersey, and said: “I think we could have helped each other. I think she would still be here if we hadn’t divorced. I was not there. I hit myself because I wasn’t there. I wish I could have been there for her.”

“We had made our beds and had to lie in them. We always felt that our love was strong enough to overcome any obstacle that came before us. We’d still be together if it weren’t for drugs. Drugs got the best of us.” He claims that Houston, who died at the age of 48, keeps in touch with him by visiting him in his dreams. Brown also spoke about his daughter, Bobbi Kristina Brown, who was unconscious was found in a bathtub at her home and died of pneumonia after six months in a coma.

He revealed: “They told me she wouldn’t live a normal life. I was ready to take care of her for the rest of my life as I am a veg. But my daughter doesn’t want to live like that. Whitney came to me in dreams and (said) ‘let my baby go!’ And I had to do that. Being her father meant everything to me. Knowing how special she was can only be seen through love. My daughter is with me every day. She’s one of my angels.”

Turning to Houston and her daughter, Brown said, “I brought you some flowers. I’m sorry I didn’t come by. I’m sorry, this is my first time. But you know I don’t like cemeteries. I know you’re looking down, watch me, watch your siblings. I hope you take care of little bobby. I know you’re scared up there. I miss you so much. You take care of each other, okay. See you later. I love you. “

“Me and Whitney’s sex life has been pretty intense. It didn’t matter where we were. It was about a certain look. She looked at me a certain way and it was on and popping. There was something about her that made me smile. Her smell, that particular perfume she was wearing,” the popular musician added.

Speaking of her drug addiction, Bobby said: “I walked in and saw her doing a bunch of coke. It was a shock to me to see her sniff for the first time. That’s when I realized we had more in common than I thought. I was new to this and I guess she’s been doing it for a while. This became a problem for us in our marriage. After I got married I started using hard drugs. We went through the stress of fame, fame, money, drugs and rock ‘n’ roll.”

He continued, “We started not working, got high and it became a part of our daily routine. I used to smoke preventively, crack cocaine in weed. you roll them up i was so high I thought Whitney wanted to kill me. In the end I ran through a field. I had a .57 magnum with me, cocaine, crack and weed in it. My addiction has had a huge impact on my career.”

“Before I went to prison, I had started using heroin along with crack and weed. I was just sniffing, not shooting. I could kick heroin and crack in prison. I did it alone I knew I had moved to another realm. Whitney was still using hard drugs. That’s when the problems with me and her started. I wanted her to be as sober as I was, but it’s been really hard for both of us to stay together and be together,” Bobby concluded.

Patriots Schedule Release: The 3 Most Important Matchups of 2022

Patriots Schedule Release: The 3 Most Important Matchups of 2022