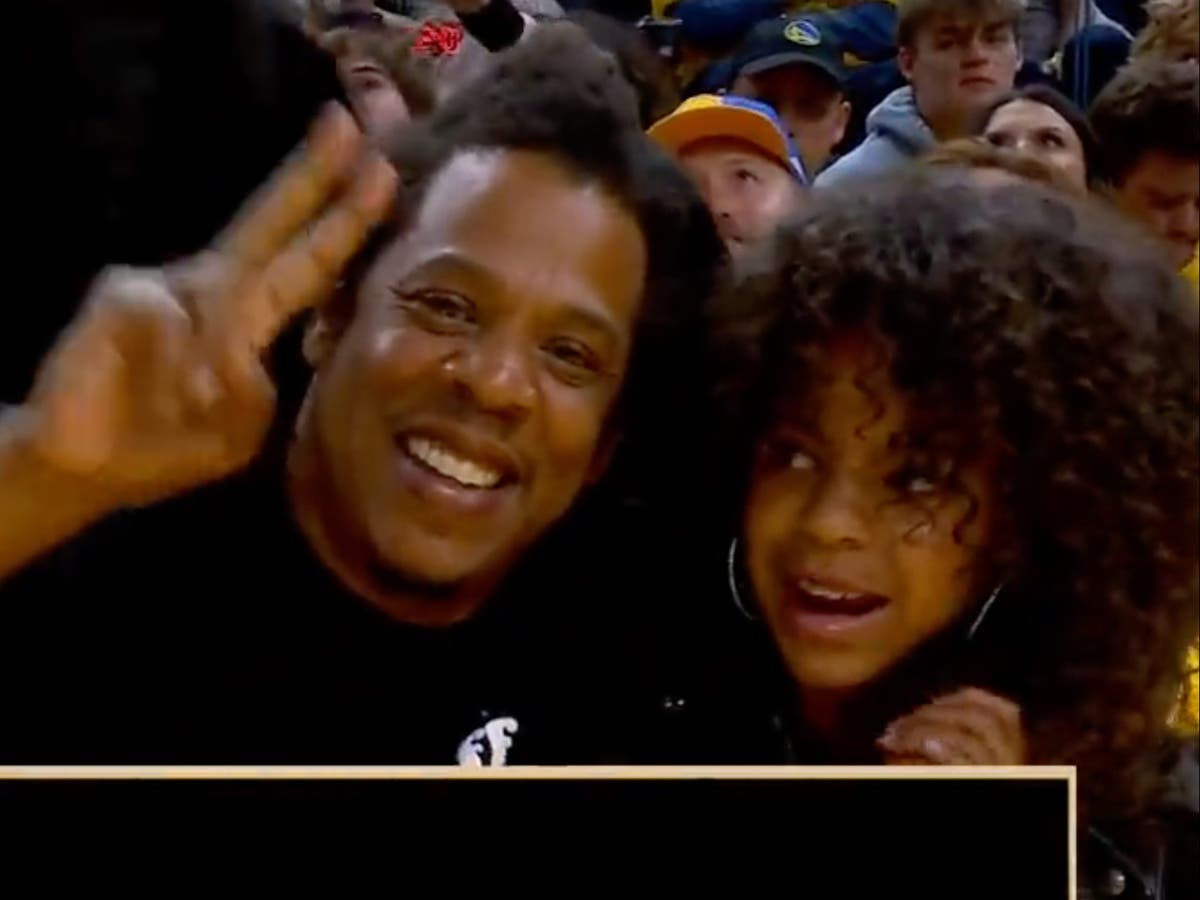 Blue Ivy had a classic awkward dad moment with her dad Jay-Z at the NBA playoff game between the Golden State Warriors and the Boston Celtics.

During the game in which the Warriors triumphed over the Celtics, 24-time Grammy winner Jay-Z was featured on the jumbotron.

The 99 Problems rapper wrapped his arm around his 10-year-old daughter, who appeared to try to pull him away before smiling. Jay-Z then planted a kiss on his daughter’s cheek.

A clip of the moment was shared by journalist Philip Lewis captioning this Video: “For us: Jay Z, the rap legend of all time. To Blue Ivy: embarrassing father.”

Blue Ivy is the eldest daughter of Jay-Z and Beyoncé, who was born four years after the couple’s marriage in 2008. Her youngest, Rumi, is four years old.

Jay-Z is clearly a fan of taking his daughter to the big games, as the couple attended the Super Bowl earlier this year. Again, the rapper went into full dad mode and photographed his daughter holding a soccer ball at the game.