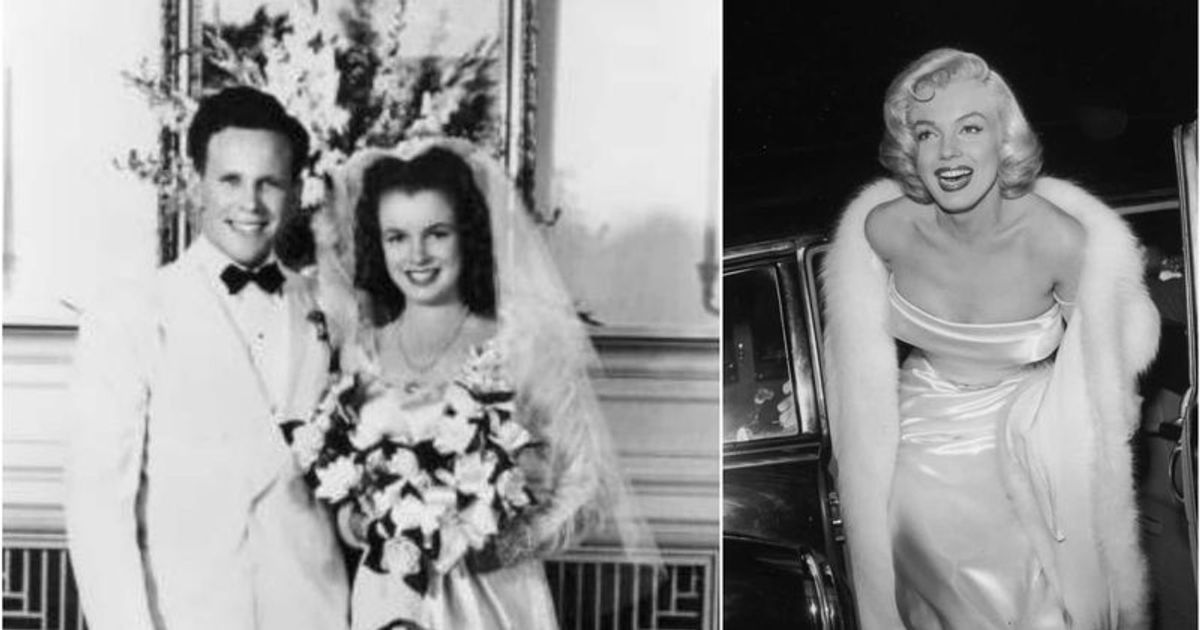 The couple married in 1942 and after four years of marriage, Monroe decided to end it because she wanted to be an actress

Netflix will transport viewers back to the golden age of Hollywood and tell the exciting story of one of the most recognizable faces in entertainment, Marilyn Monroe. The film, titled Blonde, chronicles the journey of one of Hollywood’s biggest icons and how she became one of the most popular sex symbols of the 1950s and early 1960s. We all know how she’s struggled with addiction and mood disorders throughout her life.

Based on the best-selling novel by Joyce Carol Oates, Ana de Armas will play the legendary star. When we talk about Monroe’s life, troubled relationships were one of the main reasons for most of the problems she faced in her life.

Blonde: When will Marilyn Monroe’s biopic come out on Netflix?

Who was James Dougherty and how did he meet Marilyn Monroe?

Born on April 12, 1921, Dougherty was the fifth and last child of Edward and Ethel Dougherty. After graduating, he turned down an athletic scholarship and began working at Lockheed Aircraft. At this point, Norma Jeane (Marilyn Monroe’s real name) was going through a rough time in her life due to her mother having psychiatric issues and Norma going back and forth in foster homes and orphanages in California. Eventually, she would live with her mother’s friend, Grace Goddard, and soon move to West Virginia.

Dougherty’s family lived on the other side of the Goddards. At this point, Grace felt she had to do something for Norma and introduced her to James Dougherty. The duo had great chemistry and began dating in 1942. At the time, Dougherty was 20 and Jeane was just 15. After dating for a few months, Dougherty and Jeane married on June 19, 1942, just 18 days after Jeane’s 16th birthday.

In an interview with United Press International (via Los Angeles Times), Dougherty revealed that when he first saw her, she was “awfully young” and took her dancing. He added: “She was quite a mature girl and physically, of course, she was mature. We talked and hit it off pretty well.” Discussing his marriage, he noted that they had decided to get married so Jeane wouldn’t go to West Virginia, but he later admitted they were both “in love with each other.” were.

During the early years of marriage, the couple lived in a studio apartment in Sherman Oaks.

However, things started to go downhill when Dougherty was deployed to the Pacific shortly after their marriage. Once he was gone, Jeane began looking for a job and got one at a radio airplane factory making parts for the war effort. There she met a photographer named David Conover and began doing modeling jobs for him. Jeane became really famous and soon she signed with the Blue Book Model Agency and started working as a model. She was very successful in her early days as a model and even took part in a screen test for 20th Century Fox. Although she had no acting experience, the production house signed her to a contract. There was a catch, however. They made it clear that they would not sign her on a project if she was married.

This was the beginning of the end for them as Jeane wanted to do something big with her life and although Dougherty tried to explain how much he loved her, Jeane was strict that she wanted to be an actress. Eventually, in 1946, she asked Dougherty to end her marriage so she could follow her dream of becoming an actress.

After just four years of marriage, the couple divorced and Norma Jeane took the name Marilyn Monroe. Multiple reports indicate that he pursued her acting career but never attempted to meet her. However, her death made him very sad and he tried to avoid reporters when the news broke. In 2002, he gave an interview to the Associated Press (via Los Angeles Times) and said that fame was “harmful” to her and “too gentle” to be an actress. He added: “She was too gentle to be an actress. She wasn’t tough enough for Hollywood. And once someone starts taking pills — high and low, like she was — people can go downhill.”

After marrying Marilyn Monroe, he spent most of his life out of the public eye and married twice. He died of leukemia on August 15, 2005.