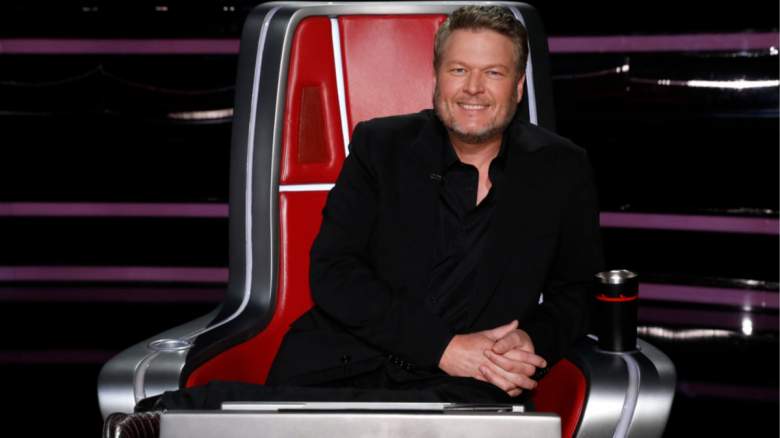 The 23rd season of ‘The Voice’ is upon us, and a new promotional trailer reveals that Blake Shelton is already ‘tired’ of Kelly Clarkson in his final season of the show.

In the 30-second trailer, posted to YouTube on Jan. 24, 2023, Shelton talks about how the season is his last and that he’s excited to be moving away from Clarkson.

“This is my final season as a coach on ‘The Voice’ and after 23 seasons…” then the video cuts to Clarkson telling a contestant that Shelton is “so tired”!

Shelton replies, “I’m sick of this.”

For Season 23, two new coaches joined The Voice. Chance the Rapper and Niall Horan occupy two of the four spots.

In previous promotional videos, Shelton has acted like a mentor to Horan.

“Niall is already stealing my incredible artistic expression,” says Shelton in the trailer.

Horan eventually turns to Shelton and says, “I feel like a young you!”

In an interview with NBC Insider, Horan revealed that he sees Clarkson, not Shelton, as his biggest competition on the show.

“Ooh my biggest competition this year is definitely Kelly,” he shared. “We have very similar tastes in music, the same taste in languages. Yes, I think she will be a massive threat to me. But you never know, I might win this thing.”

For his part, Shelton revealed that he wants to take one thing from the set of The Voice with him when he leaves. In an interview with People, he said he wanted to take his chair.

“I don’t know if they’re going to offer that or not,” he said. “I feel like they owe me a damn chair though. I mean, who else can sit in my chair? It’s like the three bears – I don’t want anyone else sitting in my chair. I’ll try to get that off them. Maybe I have to buy it or something.”

There could be a major format change coming for Season 23 of The Voice, although it hasn’t been officially announced at the time of writing. In most seasons, all episodes are pretaped up to the playoffs, but tickets for

There are four records for Season 23 marked as “Playoffs”. Fans can buy tickets and attend the recording, but they’re recording in February, meaning there would be no live voting as the show doesn’t premiere until March 2023.

The tickets, which can be bought online, are scheduled for February 14th and February 22nd. However, the description on the website states that the show has four rounds, which include blind auditions, battle rounds, knockouts, and live performances.

However, with four pre-taped playoff rounds, there would likely be room for a live finals and semifinals episode. This is where the public’s live voting could come in if the change was made by the show.

To participate in a recording of The Voice, all participants must be fully vaccinated or have a negative PCR-COVID test within 48 hours of the recording. Tests are not offered by the studio.