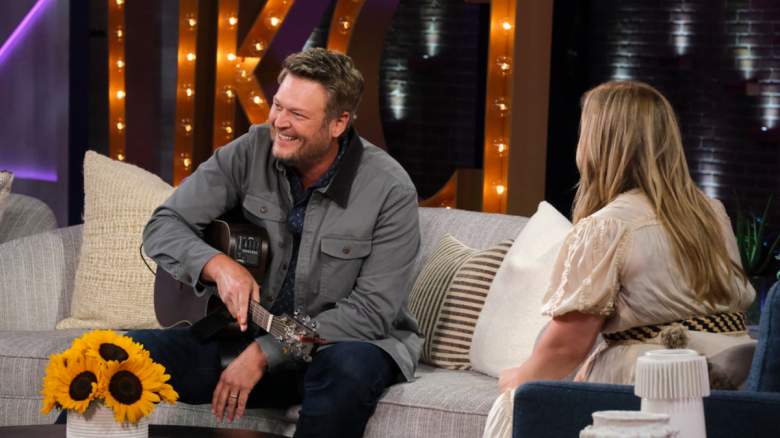 Kelly Clarkson left The Voice ahead of the show’s 22nd season. The music star and talk show host took the summer off but was back in full force on The Kelly Clarkson Show, where she recently welcomed former The Voice co-star Blake Shelton.

It hasn’t been announced yet that Clarkson will be returning to The Voice for upcoming seasons, although it seems more likely that a Spring 2023 season is apparently in the works.

During the interview, Clarkson asked Shelton how The Voice was going, adding that she knew he missed her.

“So bad,” he said. “You know, Camila did a good job, but nobody is you. Let’s just say there’s only one Kelly Clarkson. But we found one person who can talk as much as you and that’s Camila.”

Clarkson said that she knows Cabello can talk and that her interview had to be edited while she was appearing on The Kelly Clarkson Show.

“She’s passionate, she likes to talk about music,” Clarkson added. “I love her for the show though, it’s really cool!”

Shelton added that when Cabello speaks, “it makes sense. If you make your game, you know how to do it…you end up losing track.

During the interview, Shelton and Clarkson sang a duet together on Shelton’s hit “Austin” as part of their “Songs and Stories” segment.

The star said she asked Shelton to bring his guitar and she wanted him to start playing part of his first number one hit.

“I love this song,” Clarkson said. “It’s such a typical country song and why I fell in love with it. That turn at the end. It’s such a great turn. I love telling such stories. And it exploded!”

Shelton added that he had a mullet when the song came out, and Clarkson shared that she didn’t really like mullets then or now.

“Will you sing with me?” Shelton Clarkson asks before starting to strum his guitar. “I’ve never heard you sing on this show, so that’s cool. I watch your show every day. Every single day.”

The song was one of Shelton’s first big hits, and Clarkson looked a little star-struck when he performed.

“If you call about the car, I’ve sold it / If tonight is Tuesday night, I’ll bowl / You have something to sell, you’re wasting your time, I’m not buying,” they sing together. “If it’s someone else, wait for the tone, you know what to do. / PS if this is Austin, I still love you.”

Clarkson told Shelton that she loves this song and advised fans that they “have to listen to the whole song because when the last chorus comes out… it’s so good.”

Fans became obsessed and begged the two to sing a duet together.

“Kelly and Blake should record a song together,” one person commented. “It is so good.”

Another person wrote, “Their harmonies were really good, hopefully they record together.”

Other fans asked them to record the song together.