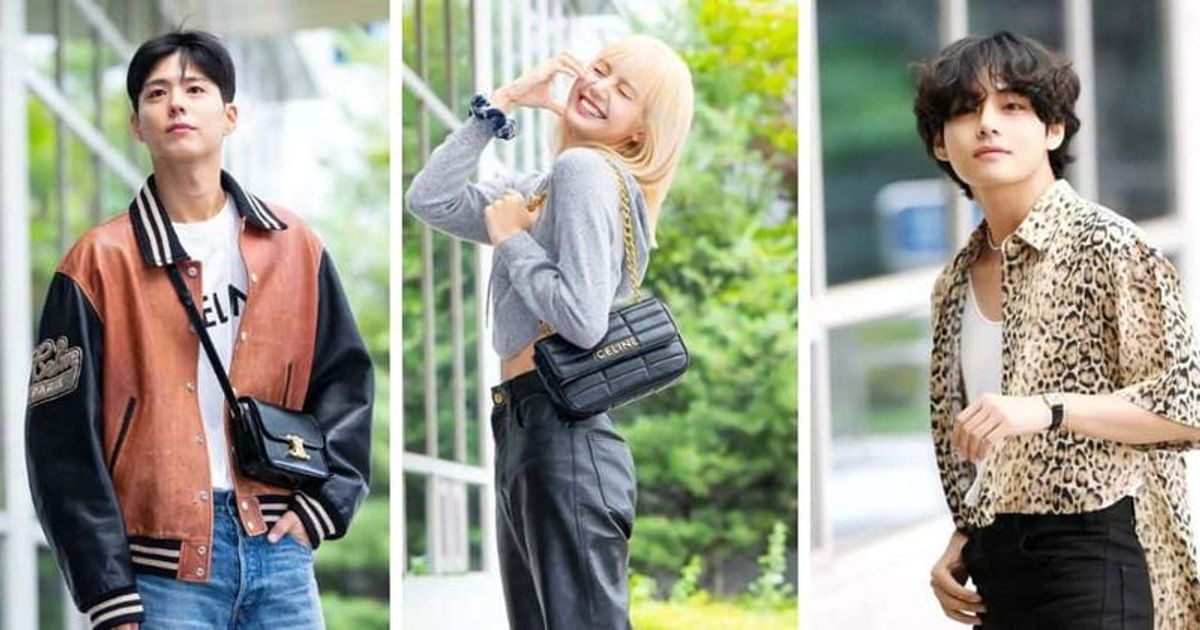 It seems like dating rumor season is on and K-pop superstars can’t seem to get away from it. After pairing V aka Kim Taehyung from BTS and Jennie from Blackpink, we got J-hope from BTS and Rosé from Blackpink. And then, in less than a week, we got Jin and RM to marry their secret fiancés. While fans are all going easy on it and making memes about it, we could get another dating rumor in the next 24 hours. Along with actor Park Bogum, who is a close friend of V’s, the two are joined by Blackpink’s Lisa in a private jet to Celine’s June 24 fashion show in Paris.

Fans were initially thrilled that “Besties” Park Bogum and BTS V had been invited to attend Celine’s show at the upcoming Men’s Paris Fashion Week. The two will be present at the Celine’s Men’s Collection Spring/Summer 2023 runway show. Although they were friends behind the scenes, they first met when the actor was hosting KBS’ Music Bank, but this is the first time we’ll see the two together for an official schedule. And with Celine giving her all for Paris Fashion Week, her guest list wouldn’t be complete without her global brand ambassador and runway model, Lisa from Blackpink.

In fact, Lisa made her catwalk debut and continued her catwalk career, first walking for Celine in December 2021 for the Spring/Summer 2022 collection, followed by her second show in May when she modeled for the Winter 2022 collection. And her time with Celine in fashion city was quite exciting for fans as we had the most random clique made up of the Blackpink star, model Kaia Gerber and actor Austin Butler. Well, it seems this will continue as she joins Park Bogum and BTS’ V for the luxury brand’s fashion show, which takes place on June 26th.

And while members of BTS and Blackpink have never actually interacted with each other, there’s a rather odd relationship between the two. Since both are currently the biggest K-pop groups in the world, fans love it or hate it. Solo ARMY loathes Blackpink while Solo Blinks hate BTS. But on the flip side, we have some fans who absolutely love bringing together and shipping members of the two groups as per recent dating rumors and one of the biggest ships consisting of BTS’ Lisa and Jungkook.

When Lisa traveled to Paris in a private jet with Park Bogum and V, the internet was in turmoil. One fan joked, “I can already hear the dating rumors.” Another wondered if V and Jennie’s dating rumor would make things awkward: “I wonder if it’ll be awkward because of that one rumour. One joked, “Tae and Lisa are finding each other at ICN Airport on June 24th.” Another shared, “TAE AND LISA WILL BE GIGGLING AT THE AIRPORT LIKE THEY ARE ALMOST 2 HOURS LATE.” One fan added, ” Meanwhile Shipper: Here We Come.” Another memed: “Tae Lisa Bogum bumps into eo at Celine’s fashion show.”