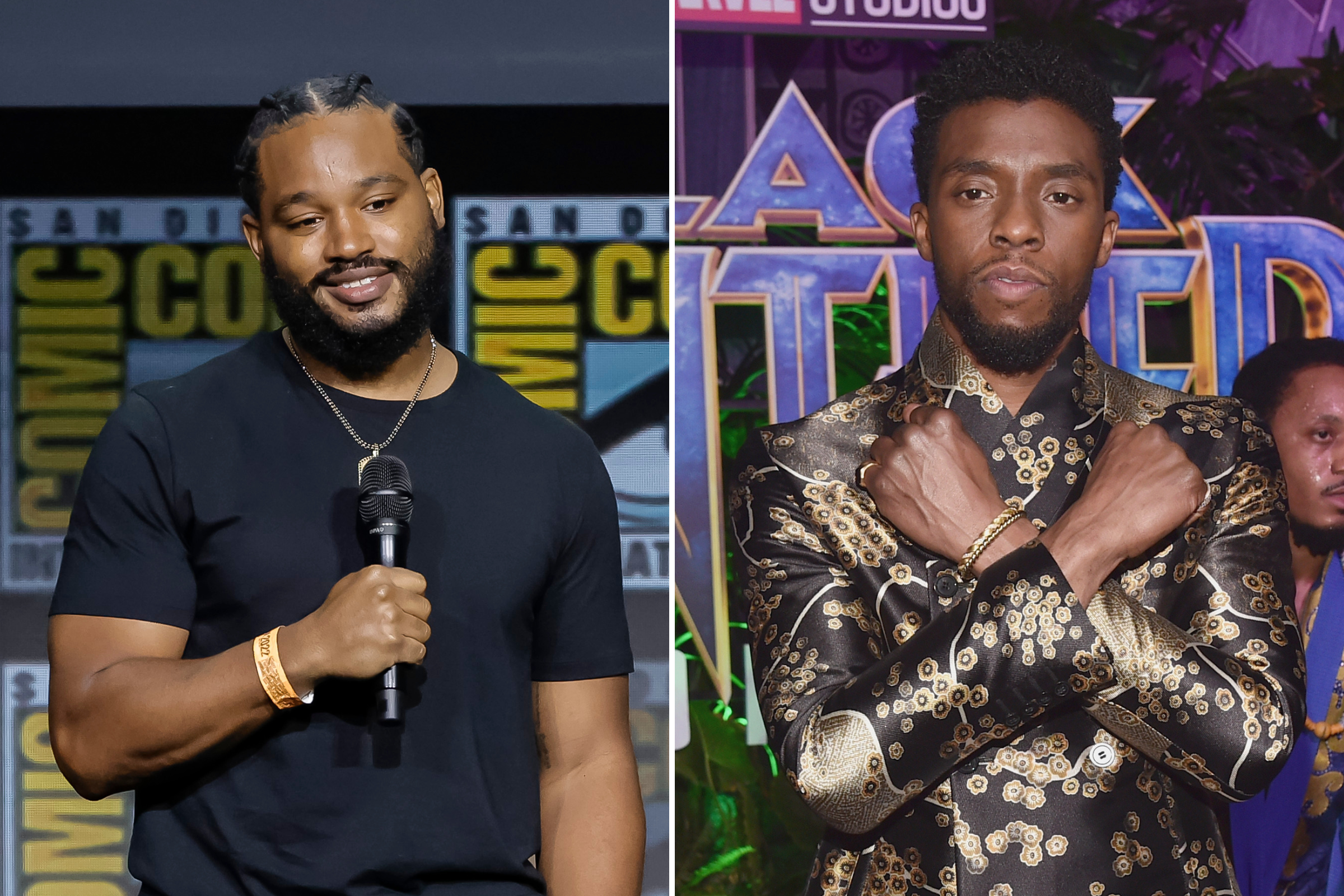 Both the director and cast attended the Marvel Studios roundtable to present the first trailer for the film, which also paid tribute to Boseman’s legacy.

Boseman, who made his debut as T’Challa aka Black Panther in 2016, died in August 2020 following a battle with colon cancer. He lived to the age of 43.

The trailer for Wakanda forever shows the nation in mourning over the loss of Boseman’s T’Challa, who is featured in a mural.

T’Challa’s mother Ramonda (Angela Bassett) expresses her grief at the loss of another family member, while his sister Shuri (Letitia Wright) also grieves.

It seems that another person in Wakanda, T’Challa, will have to take up the mantle of Black Panther, perhaps to fight Namor – although the trailer does not reveal this.

At the very end of the trailer, a character in a superhero suit can be seen, but it was not clear who was chosen to be the next Black Panther.

Namor is not the only new character introduced in the film, as he also marks the debut of Riri Williams (Dominique Thorne), also known as Ironheart, who is the successor to Iron Man.

After the trailer was shown in Hall H, Coogler spoke about Boseman and reflected on her experience of attending SDCC for the first time to introduce the trailer Black Panther.

“Chadwick had these huge hands and he just pushed on my shoulders. I felt his hand all day long,” Coogler said. “I promise you, I can still feel his hand on me now.”

The director continued, “Chad’s passion and genius and his culture and the impact he had on this industry will be felt forever.

“We put our love for Chadwick into this film. We also put our passion into it. The film has a lot of action and humour. Also, the film is a roller coaster ride. It takes us to new places in Wakanda that we’ve never been before, but also to other corners of the MCU.”

Wright added on stage, “It’s a blessing, we’ve grown so much. It’s an honour to bring this film to you and honour big brother.”

Lupita Nyong’o, who plays Nakia, spoke to MTV News after the panel about how the cast and crew honoured Boseman even while filming the superhero movie, saying that number one on the call sheet was reserved for the late star.

The Oscar winner explained, “Our call sheets didn’t have a number one. It was reserved for Chadwick. He was with us.”