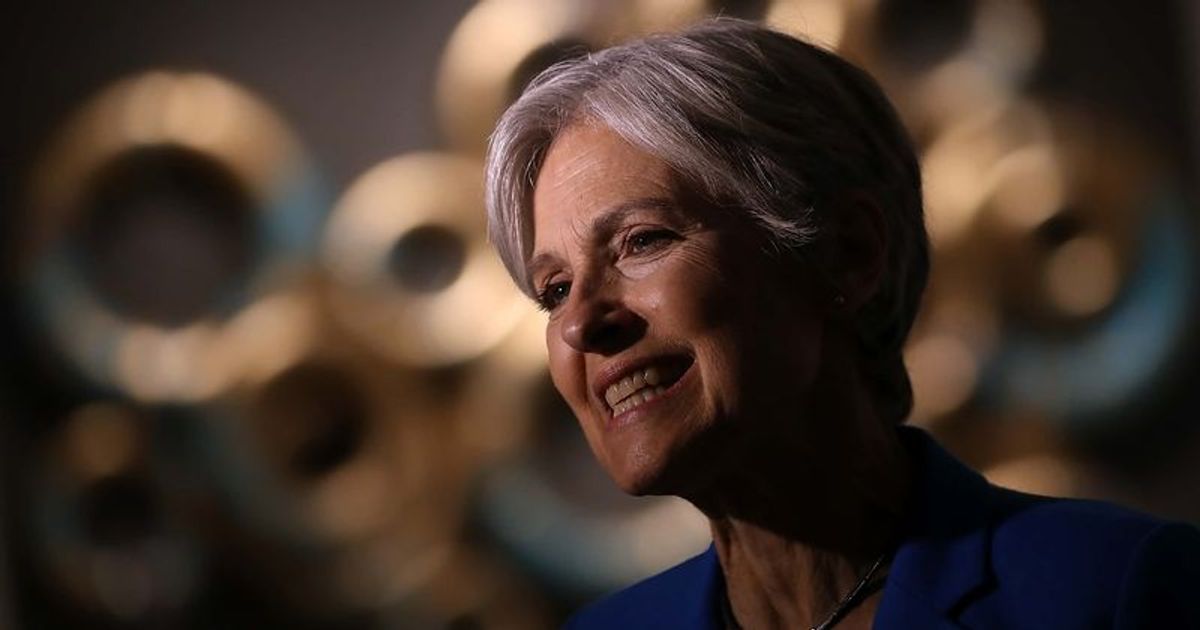 Many liberals took to social media to attack those who voted for Stein, the Green Party candidate, over Hillary Clinton in the 2016 presidential election

Protesters rallied in large numbers outside the Supreme Court on Monday, May 2, after a leaked SCOTUS draft rejected the 1973 decision guaranteeing constitutional protections for abortion rights. The focus is on the case of Dobbs v. Jackson, a challenge to Mississippi’s 15-week abortion ban. Oral arguments were heard back in December, but a final opinion on the case is not expected until later this spring or early summer.

The final opinion has not yet been released and votes and language may change before opinions are officially released, but abortion activists are already locked in a blame game over the upcoming decision. Many liberals took to social media to attack those who voted for Green Party candidate Stein over Democrat Clinton in the 2016 presidential election, claiming the latter ensured that former President Donald Trump-appointed Justices Gorsuch, Kavanaugh or Barrett would have done so. They don’t make it to the SCOTUS panel.

“The next time you throw your vote away by voting for Jill Stein or Gary Johnson, or sit on your hands because you think all parties are equal, remember that you’ve already cost America’s women their reproductive liberties have,” television writer Bryan Behar tweeted.

“Jill Stein is trending — a reminder that a vote for her in 2016 was a Trump proxy vote that got us here. In PA, WI & MI, Hillary lost by just 77,000 votes. Third-party votes were 800,000. Obama told you a protest vote was dangerous. Hillary said SCOTUS is at stake. You should have listened,” added investigative journalist Victoria Brownworth.

“‘But…but…but…Hillary didn’t fight in Wisconsin, so I voted for Jill Stein. It’s not my fault! SHE should have DESERVED my vote. “Yes it IS your fault,” wrote one Twitter user.

“To every single person who said, ‘No they’ll never knock Roe out, you’re too emotional, vote for Jill Stein/Gary Johnson because Hillary is EEEVVILLLLL’: F*** you backwards, forwards and sideways. We told you. We TOLD you this was going to happen,” commented another.

“All you had to do was check the box next to Hillary Clinton and not Jill Stein and nobody would have even heard of Gorsuch, Kavanaugh or Barrett,” added another.

However, there were some who scoffed at the outrage, blaming Democrats for failing to legislate abortion rights when they could. “F*** every single one of those liberals who blame Jill Stein and third-party voters instead of their useless corporate party that could have enacted abortion rights into law instead of using it as a cudgel to donate at every election to collect. #RoeVWade,” one tweeted.

“If you blame someone for overturning Roe v. If you want to blame Wade, then it’s not Bernie or Jill Stein who played no part in Hillary’s loss. First, it’s Hillary herself for campaigning horribly, and second, it’s Ruth Bader Ginsburg, who refused to step down under Obama,” wrote another.

Stein herself responded to the excitement by replying to Bryan Behar’s tweet about her supporters. “Next time you blame progressives and third parties for your losses, remember the Dems have had decades to legally codify Roe. Biden’s pledges to do so vanished, as did his pledges of a $15 minimum wage, student debt relief and climate action. The Dems must earn our votes. They don’t own them,” she explained.