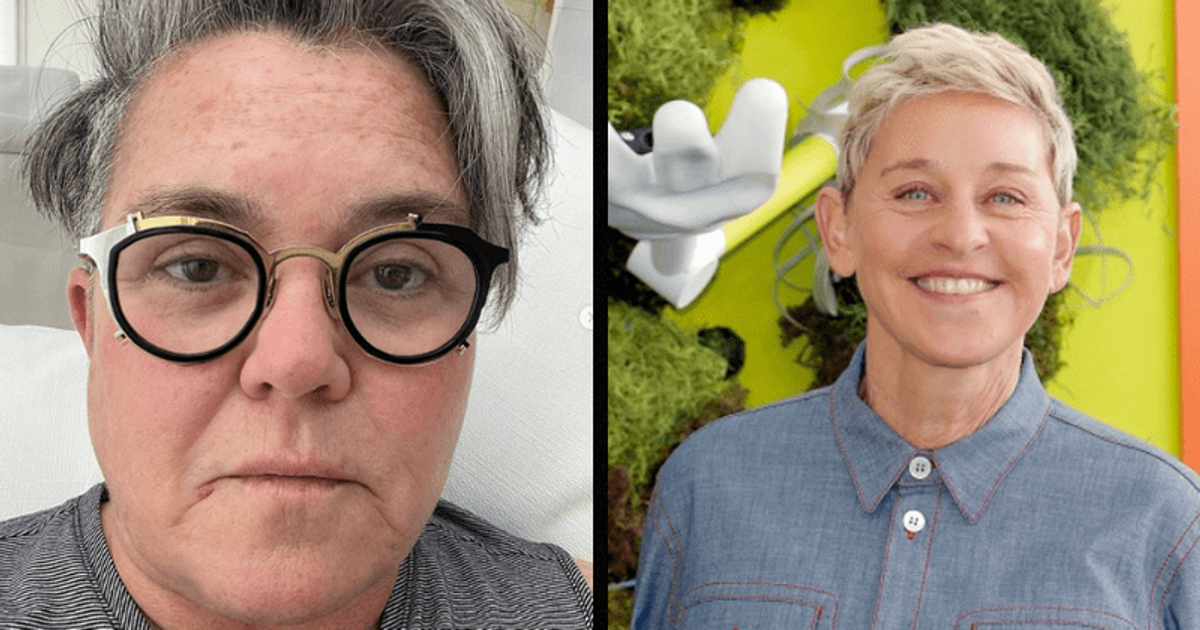 “It hurt my feelings, like a baby, and I never really got over it,” says 60-year-old Rosie O’Donnell

LOS ANGELES, CALIFORNIA: Former talk show host Rosie O’Donnell can’t forget a comment made by Ellen DeGeneres decades ago, according to reports. The comedian recently revealed to Andy Cohen on Watch What Happens Live that Ellen’s comment hurt her. She said, “We had a little weird thing.”

According to Page Six, she said, “After my show aired and hers aired, Larry King was with Ellen and he was like, ‘What happened to Rosie O’Donnell? Your show went haywire. She came out as a lesbian and disappeared!’”

‘I didn’t identify as a lesbian’: Anne Heche opens up about Ellen DeGenere’s romance in upcoming memoir

“And Ellen said, and I quote, ‘I don’t know Rosie. We’re not friends,'” said O’Donnell, 60, adding, “I’ve been in bed with Kelli [Carpenter]and I said, ‘Did I just hear that or was that a hallucination, an auditory voice inside me [head]?’ It hurt my feelings, like a baby, and I never really got over it.”

Interestingly, Ellen had appeared on The Rosie O’Donnell Show in 1996. However, she never returned the favor, even after being invited “at the end” of the show’s short span. O’ Donnell said that she wanted to bring someone so it would be “a little less awkward,” but Ellen’s team “didn’t want that,” so she simply declined the invitation.

Still, she doesn’t harbor hard feelings for Ellen. She said: “I wish her all the best in her life and that she should be fine, so go ahead.” The two women were also among the few to publicly reveal their sexuality as lesbians, paving the way for LGBTQIA+ rights at the time. More interestingly, O’Donnell came out as a lesbian when DeGeneres guest-starred on the show in 1996 O’Donnell’s show ran for six seasons from 1996 to 2002. The Ellen DeGeneres Show began in 2003 and ran for 19 seasons ending in May.