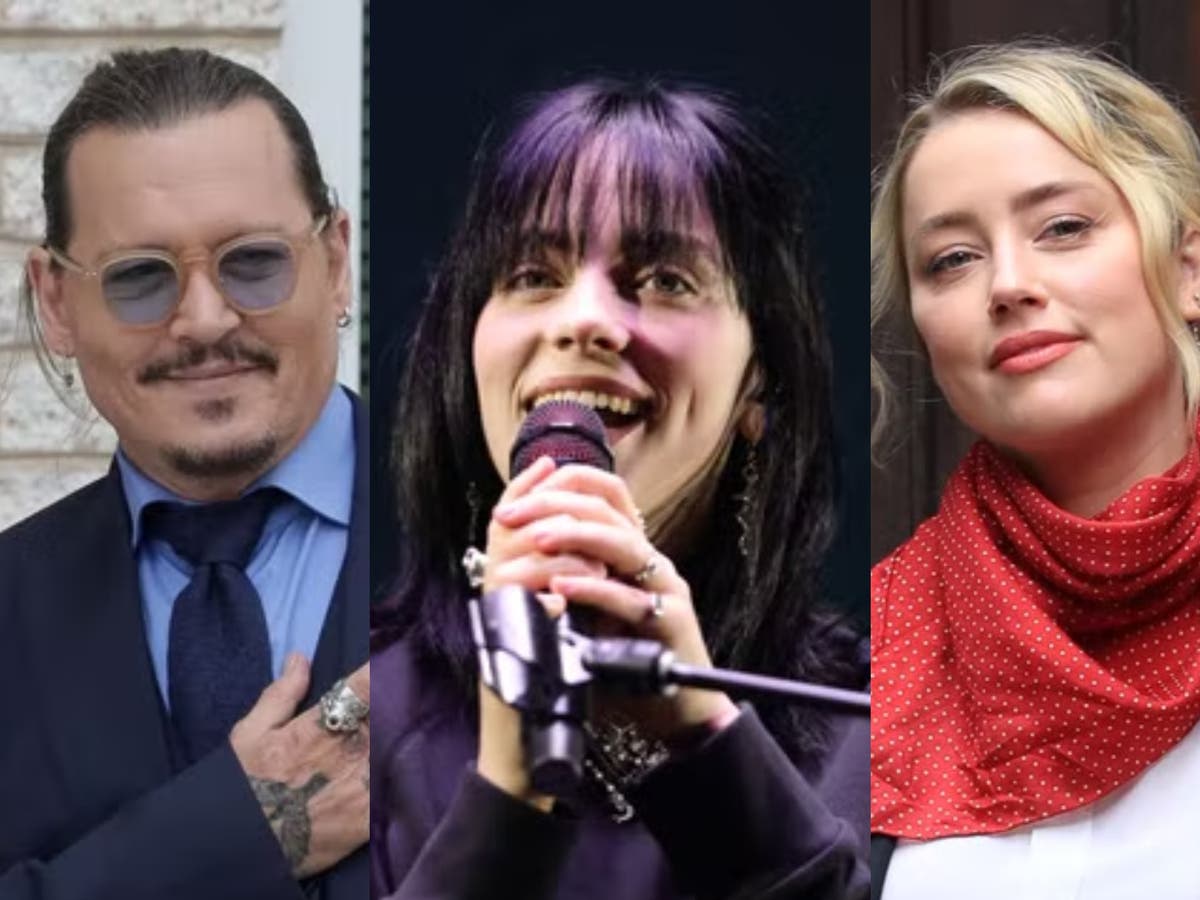 Billie Eilish has referenced Johnny Depp’s defamation lawsuit against Amber Heard in an unreleased song she performed to fans on her UK tour.

The 20-year-old pop star is currently in the UK on her world tour for her second album Happier than ever.

The track – which has yet to be released – is a slow, melancholic number with lyrics that refer to the highly publicized Depp v Heard trial that concluded last week.

“The internet has gone wild when it comes to seeing movie stars in court while they overthrow Roe v Wade,” Eilish sang while perched on a stool across from her brother and collaborator Finneas, who played acoustic guitar.

Introducing the track, the “Villain” singer told the crowd, “This is one that we just wrote and we just wanted to play it for you guys.”

Last week the Pirates of the Caribbean Star won his high-profile defamation lawsuit against ex-wife Heard.

Depp has performed concerts with musician Beck in the UK. The two recently announced that they will be releasing a new album next month.

On Sunday (June 5) the pair closed Birmingham’s Varanasi restaurant to the public as they were reportedly joined by 20 other friends to share a meal that netted a bill of around £50,000.

After his legal victory, Depp opened a TikTok account and shared a video message with fans.

On Wednesday (June 1), the jury released their verdicts, finding that Heard had defamed Depp on all three counts.

The jury found Heard defamed Depp on all three counts and awarded him $10m (£8m) in compensatory damages and $5m (£4m) in punitive damages. Heard was awarded $2m (£1.6m) in damages but no punitive damages.