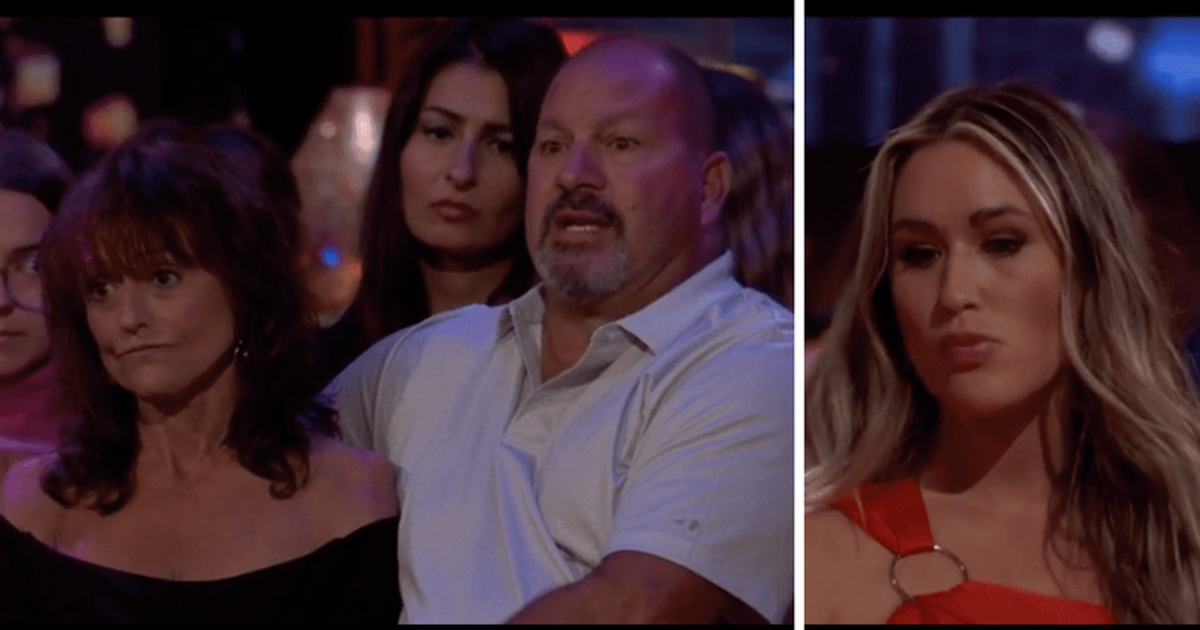 “Wish I had HALF the self-control because big Tony doesn’t have to get up and go over there and beat the everliving daylighters out of Tino,” one fan wrote

LOS ANGELES, CALIFORNIA: Rachel Recchia’s journey on season 19 of The Bachelorette has been anything but easy. Fans of the show couldn’t help but feel concerned as the 26-year-old pilot continued to cry on almost every episode of the dating show.

While it was uncomfortable for fans to watch Rachel get grilled by Tino Franco’s parents, later betrayed by him and subjected to gaslighting and emotional manipulation at his hands the whole time, it was also a pretty disheartening experience for her family. During the recently aired special After the Final Rose, Rachel’s parents were on hand to show their support for their dear daughter. The show’s host, Jesse Palmer, asked Rachel’s dad, Big Tony, how he felt watching his daughter’s journey on the ABC dating show. Big Tony simply replied that it was very “difficult” for him to see all the things that Rachel had to go through.

During the three-hour special, cameras continued to zoom in on Big Tony’s face as Tino continued to hurt Rachel with his words. “The Bachelorette” fans were beginning to hope that Big Tony would storm onstage and beat up Tino for hurting his daughter. One fan tweeted, “I want Big Tony to just throw Tino over his shoulder and get him out of the studio #thebachelorette.” “Big Tony beat him up!!! Nobody would stop you!!! OMG!! Just glad @pilot__rachel moved out of the #thebachelorette situation,” one fan wrote. “Tired of not hearing Tino say BRING BIG TONY OUT IN THE STEEL CHAIR #thebachelorette,” echoed one fan.

But as Big Tony sat quietly, fans were struck by the restraint he displayed towards Tino. One fan shared, “Wish I had HALF the self-control as big Tony doesn’t have to get up and walk over to smack the ever living daylights out of Tino #TheBachelorette’s way.” like tearing apart a piece of paper. #TheBachelorette,” one fan joked. “Big Tony is showing a lot of restraint here. #thebachelorette #bachelorette,” agreed one fan.