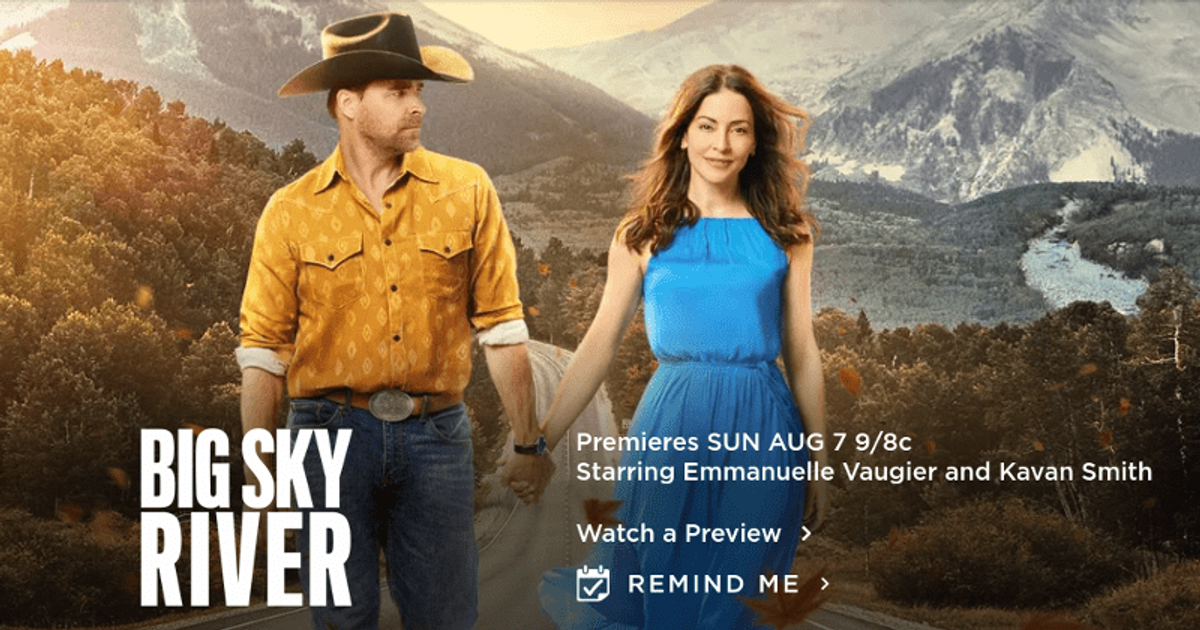 Big Sky River revolves around Vaugier’s character Tara, a divorcee who moves to a new place where she has a handsome neighbor

Emmanuelle Vaugier, most recently in the TV series Supergirl (as Peggy Bishop), will be starring in Hallmark’s Big Sky River alongside Kavan Smith, who most recently starred in the TV series When Calls The Heart (in the role of Lee Coulter). They may have starred together on the show Mistresses – which featured Smith as Ellis and Vaugier as Niko – but they cameoed for a couple of episodes rather than starred.

Peter Benson, known for his acting appearances in shows and films such as Just One Kiss and Sweet Carolina, is leading the project.

Big Sky River is a country romance about Emanuelle Vaugier’s character Tara, who is going through a messy divorce and decides to move to where she was happiest. Her handsome neighbor Boone (played by Kavan Smith) offers an unexpected twist. Information about the twist, whether the two will fall in love and how the story will continue is not yet foreseeable.

When will Big Sky River be released and where can you watch it?

Caribbean Summer: 5 Things You Need to Know About Hallmark’s Rom-Com

According to the film’s official synopsis, “To move forward after a messy divorce, Tara (Emmanuelle Vaugier) must return to Parable, Montana, the place that made her happiest. Her handsome neighbor Boone (Kavan Smith) presents an unexpected twist.”

Big Sky River is directed by Peter Benson from a screenplay by JB White. The film is based on the book by Linda Lael Miller.

Emanuelle Vaugier recently retweeted an interview with naludamagazine.com expressing her thoughts on the film. “Well, without giving too much away… I can combine my 2 favorite things to do. Acting with my love of horses! Stay tuned to Hallmark on August 7th at 9:00pm EST and W Network in Canada on August 12th for more information. “

What is Big Sky River about?

“Kavan recently uploaded a picture to his Instagram with the caption ‘BTS makes a movie poster.’

Vaugier teased us with a very funny BTS picture of her and Smith laughing. She captioned the picture: “This is what you’ll be seeing ‘Big Sky River’ in less than a month! Bookmark these calendars for August 7th at 9pm ET/PT on the Hallmark Channel!”

You can watch the trailer here: