Big Brother 24: Kyle’s mother reacts to his kiss with Alyssa 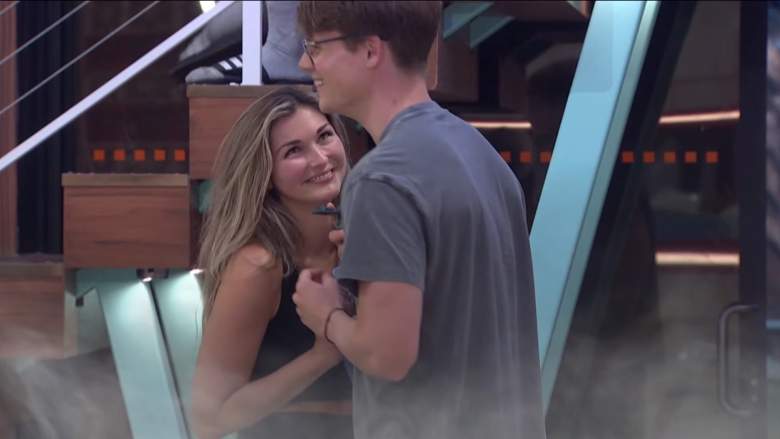 Some fans loved the romantic moment while others weren’t so impressed. One viewer who appreciated the smooch scene was Kyle’s mother, who shared her thoughts on social media.

This morning, a Twitter user various screenshots shared which showed Kyle’s mom sharing her thoughts on the showmance via social messaging app Discord.

Kyle’s mom revealed she had to delete Twitter after seeing footage of the infamous kiss.

“I haven’t been online since news of the kiss broke last night. That’s enough for me,” she wrote.

Then she shared her honest opinion about Alyssa.

“[Alyssa is] not nice enough for him” She wrote.

“She sounds very immature,” she continued in another message.

She also hinted that the producers of “Big Brother” could influence Kyle’s behavior around the house.

“You influence him to tell it [Alyssa] he likes her I bet.” She wrote. “I can’t wait to talk to him about it when he gets home.”

Jessie informed April of what was going on and an argument ensued. The drama ended with the houseguests singing an extremely awkward rendition of Happy Birthday to Keesha.

The scene is so famous among Big Brother viewers that fans are still talking about it to this day.

This week at the Big Brother 24 house, the cast decided to recreate the iconic moment to celebrate Michael Bruner’s birthday.

In the video, Taylor Hale brings in a birthday cake while the other houseguests awkwardly sing Happy Birthday to Michael.

You can check out the original Keesha birthday scene HERE.

“Keesha’s birthday will forever be iconic! Most embarrassing birthday ever…🎂,” commented another fan.

“Oh my god I love this 😂😂 Taylor killed the reenactment! and [Turner ]trying not to laugh in the background 😂,” wrote a third user.

“Keesha’s birthday is truly the greatest moment in BB history. I love that Michael wanted it recreated,” commented a fourth user.

Season 21 house guest Holly Allen also shared her thoughts on the reenactment, writing, “This is gold 😅.”

“Big Brother 24” airs Sundays, Wednesdays and Thursdays at 8 p.m. Eastern Time on CBS and Paramount Plus.