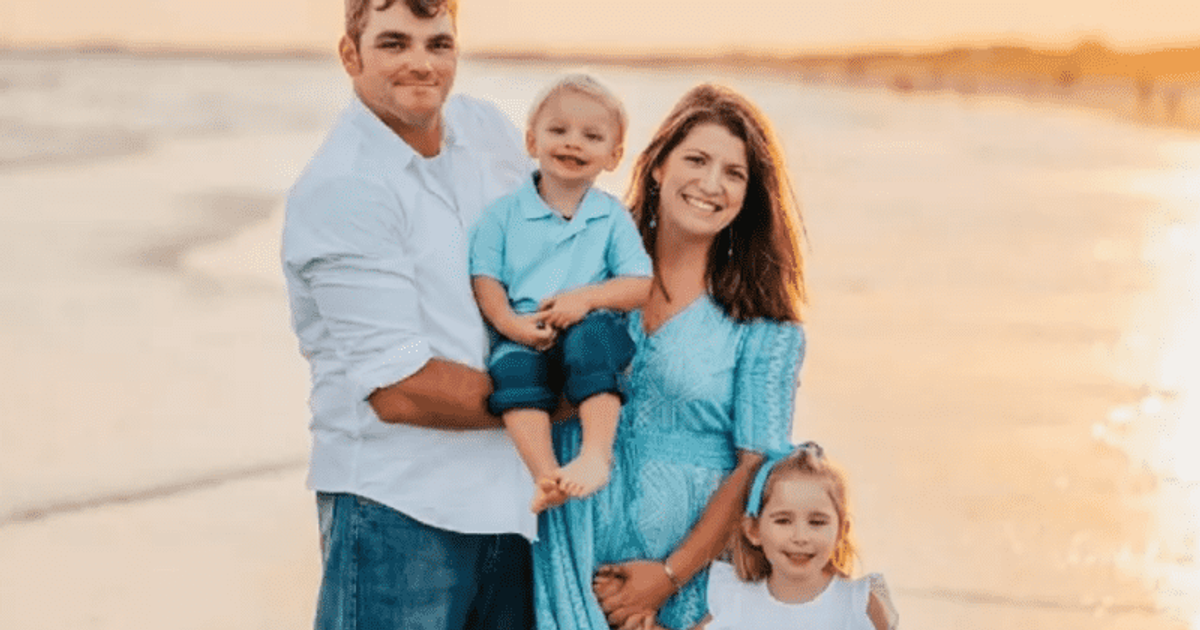 BONNEAU, SOUTH CAROLINA: Bethany Hastings, a mother of two, tried to fight off the dog that was attacking her children angrily while being bitten by fire ants. A GoFundMe page set up by a relative, Robert Williams, of the Bayles family says the incident happened on April 26 in the town of Bonneau when an elderly neighbor with dementia was leaving the Bayles family’s land entered. According to Williams, the children’s uncle, the woman was concerned and sought help.

Hastings, mother of Lainey and Wesley, helped the elderly into the family golf cart and drove them back to their home. According to Williams, the front door was wide open when the family arrived at the woman’s home, and her pit bull came out and “viciously” attacked her in an aggressive carnage.

“First, the dog pounced on her two-year-old son twice, sustaining injuries to his face,” Williams said. “Their four-year-old daughter started screaming and the dog then attacked her. Her mother tried to fight off the dog and keep her children safe.”

Williams added, “Then the dog attacked again, snatched her daughter from her hands, pulled her to the ground, and inflicted multiple serious injuries on the little girl’s face.” The mother eventually grabbed the dog and pulled her away from her daughter away. She was then repeatedly bitten in the face while holding the animal for 15 “terrifying” minutes. According to Williams, she was bitten all over her body at the same time by fire ants.

“I had no choice,” Hastings told WCSC in Greenville. “If I had let go, he would have caught me or her again.” With no one else around to help her, the mother managed to dial 911 while holding the dog. “During that time, she had to endure her children screaming for her while they bled,” Williams said on GoFundMe. “She was unable to get to them or provide medical assistance because if she had let the dog go the consequences would have been dire.”

Just before emergency services arrived, a neighbor arrived at the scene and escorted the children to his truck. After the family was taken to the hospital, their injuries were treated. The mother and her two-year-old son were released that same night, but the girl sustained serious injuries and was hospitalized for four days, including two in the pediatric intensive care unit.

Hastings told WCSC, “They had never seen anything like this on this scale and with so much damage.” To treat her facial injuries, her daughter will need multiple treatments over the next year or so.

The children are “happy to be alive,” Williams noted, adding that the incident “completely turned the family’s life upside down.” He said he started the GoFundMe campaign because the family was in “urgent” need of legal and medical assistance. “My hope is to hear their story, get the help they need, and slowly put their lives back on track,” he concluded.

According to the Centers for Disease Control and Prevention, approximately 4.5 million people are attacked by dogs in the United States each year. CDC reported that at least half of those affected were children.