‘Best Dancer Ever’: Shakira wows fans as she makes a reality TV comeback with ‘Dancing With Myself.’ 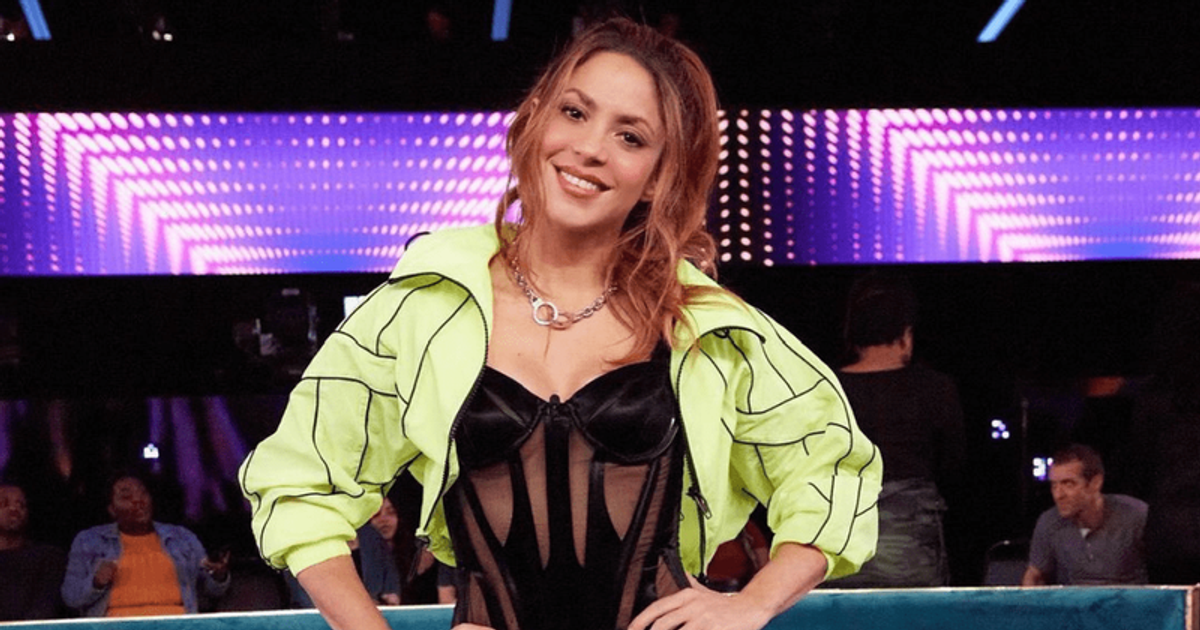 Shakira, a multiple Grammy winner, partners with NBC to take the social media dance craze to new heights. She shook the internet in 2021 with her iconic dance Girl Like Me and is now the creator of Dancing with Myself, the ideal family-friendly, spirited competition to bring out the entertainer in all of us.

Dance challenges have been popular on social media for the last two years in particular, and a new program, Dancing with Myself, is bringing some of those challenges to NBC. Each week a new cast of fun-loving dancers of all ages battle it out in a series of high-energy dance challenges developed and taught by the show’s famed creators, including Shakira. Contestants retreated to their pods for a short time to learn the new routines, add their flair, and then dance their hearts out in front of a live studio audience. Shakira and her judges provide quick commentary and encouragement as the competition progresses, but the studio audience ultimately determines who wins as the night’s best dancer and receives the $25,000 award. Shakira started trending on Twitter USA as soon as the show premiered on NBC Tuesday night!

The concept of the show – groups of ordinary people participating in a series of high-energy dance competitions every week – was influenced by the proliferation of viral dance numbers on social media apps like TikTok, according to Shakira. They noted that in the wake of the pandemic, so many people were dancing in their living rooms, trying to show their love of dance. So Shakira and the “Dancing With Myself” crew decided this would be the perfect show to give a lot of people who aren’t professionals — or who are all professionals — access to a platform like this, not just demonstration ability, but also a passion for dance. Latin music queen, musician Nick Jonas and YouTube personality Liza Koshy get an up-close look at the social media phenomenon in this new series of dance challenges. The contestants on “Dancing With Myself” aren’t judged strictly on their talents, but rather on their ability to enjoy themselves and be themselves.

“I’m thrilled to be part of a dance competition that places so much emphasis on creative movement and translating it into personal expression, not to mention how it contributes to a sense of community,” Shakira told Variety. As she made her comeback to reality TV with a show she is a producer on, fans of the global star couldn’t help but express their joy on social media platforms. With the Queen of Pop returning, fans tweeted: “I think dancing with myself is sure to be successful. It’s a fun show that will keep you entertained. Most of all, I’m glad more people can see how great Shakira is.”

Shakira, one of the creators and a gifted dancer, teaches participants some of her most viral dance routines. In order to advance in the competition, the contestants must then replicate the choreography, adding their flair in the process. Shakira danced to her iconic song “Don’t Wait UP” in the first episode, in which the contestants competed against each other. Fans were captivated by the Queen of Pop herself before the contestants could work their magic. One of them wrote: “Dancing with myself is on fire!!! I loved Shakira’s dance with Don’t Wait Up.”

Some OG fans were even smart enough to slip in an album request while congratulating the pop diva on her new venture. When her last album El Dorado was released in 2017, one fan wrote: “Honestly, Dancing With Myself is all about Shakira. That’s what makes it so brilliant. This is their opportunity to release the new album and break the whole world!”

Others expressed their desire to be on the show just to see the star in person: “Why wasn’t I in a pod on Dancing With Myself? I would have seen @Shakira
in real life! #My Dream #Shakira #DancingWithMyself #NBC”

As fans continued to show their support for the Latina Queen on social media, Shakira quickly became a trending topic on Twitter USA. Citing the incident, one fan wrote: “Shakira is trending on Twitter US for the premiere of #DancingWithMySelf.”

To see more of the pop queen on “Dancing With Myself,” tune in to NBC Tuesday at 10 p.m. ET or stream it the following day on NBC.com or Peacock.