Benny Blanco Teases Collaboration With BTS, Fans Ask ‘Do You Know How To Beatbox?’ 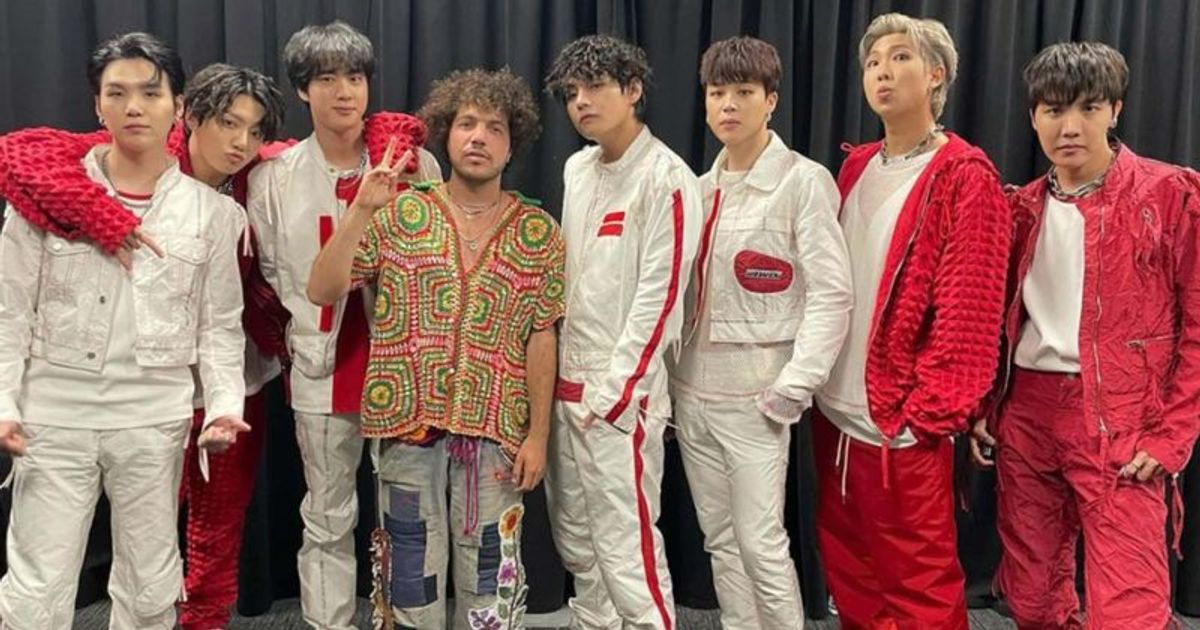 Benny Blanco is manifesting as the eighth member on BTS, causing havoc among fans on Twitter who joke about Bang PD’s awkward behavior in the video

With BTS being one of the biggest names in the music industry right now, there have been many international acts yearning to collaborate with HYBE boy band. With the merger of HYBE Labels with Scooter Braun’s label Ithaca Holdings, fans had expected collaborations between BTS and well-known artists like Ariana Grande or Justin Bieber.

But it seems like before that, BTS could potentially work with American record producer Benny Blanco. Back in May 2022, Benny Blanco collaborated with BTS when he did a remix of three of ARMY’s favorite tracks. It seems a collaboration is in the works as Benny plans to join BTS as a new member while on the phone with Bang Si-hyuk aka Bang PD, chairman of HYBE Labels.

On July 20, Benny Blanco posted a clip of his video chat with Scooter Braun and Bang PD on his Twitter account. During the call, the songwriter and record producer spoke about falling in love with BTS after attending their concert. Benny Blanco attended BTS’ Permission to Dance on Stage concert in April 2022 and has since joined the boy band. It looks like the songwriter is finally one step closer to his dream as he gets BTS’ contact info from none other than Bang PD.

In the video posted on Twitter, Benny talks to Bang PD about his intention to join BTS. The songwriter claims he’s obsessed with BTS and would like to join the boy band, and Bang PD offers to give Benny the boy band’s phone number and ask him to speak to BTS himself. While not much is revealed about it yet, fans suspect this video hints at a possible collaboration between the two artists in the near future.