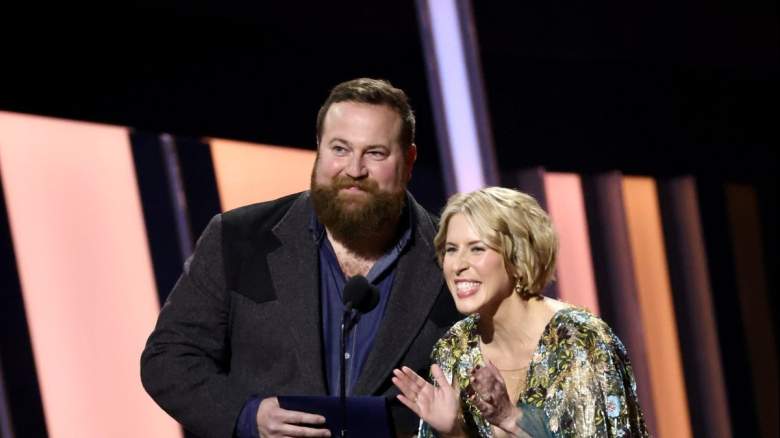 Ben and Erin Napier made their trip to Tennessee a family affair.

The HGTV stars spent the weekend in Memphis with their parents and daughters while being honored as Stars of Hope 2023 at the Community Foundation of Northwest Mississippi’s 23rd Annual Crystal Ball Gala at the Southaven Arena in nearby Southaven, Mississippi.

“We are also thrilled to honor such great champions for Mississippi with the Star of Hope Award,” announced Michael Bellipanni, the 2021 event’s volunteer co-chair, on its website. “Erin and Ben so deserve this award for their work in bringing out the beauty and positive light of our great state. The Crystal Ball is a massive undertaking that would not be possible without the help of dozens of volunteers and the Foundation staff who care deeply about the communities we serve.”

The Napiers rose to fame renovating homes around their Laurel, Mississippi, community in HGTV’s “hometown.” They share two daughters – Helen, 5, and Mae, 1.

To commemorate the weekend, Erin shared a carousel on Instagram with photos of her black tie affair and visiting her family at Graceland, the famous home of Elvis Presley.

“A weekend in Memphis with our sweet parents (Ben’s daddy was also here but chose to stay at the hotel with the babies), and we paid our respects to Graceland. #tcb,” Erin captioned a carousel of photos.

To the soundtrack of Presley’s song “Trouble,” Ben shared a video on Instagram in which he took a closer look at his gala outfit. As he revealed in the caption, he wore Lucchese boots and Lansky Bros. TCB cufflinks. He wrote, “With @erinapier on my arm as always, I’ve felt more comfortable than ever in a black tie affair.”

The 39-year-old added in the comments: “The moment I got up in the boots and tuxedo, I knew I made the right decision. It might not conform to the traditional rules of evening wear, but I don’t care!”

The family visited Graceland ahead of Lisa Marie Presley’s funeral on January 22, 2023.

The acclaimed singer’s only daughter died on Jan. 12, 2023. She was briefly hospitalized after suffering a cardiac arrest, reports TMZ.

In addition to her mother Priscilla Presley and daughter Riley Keough, the star-studded memorial included Axl Rose, Alanis Morissette and Sarah Ferguson, the Duchess of York.

Commenting on the service, one of Ben’s followers revealed, “We wanted to attend but we couldn’t swing it with the girls and travel.”

The Napiers have been open about their lifelong love for Presley and the influence of his music on their lives. Inspired by the 2022 film Elvis, the Home Town Kickstart hosts took to Instagram with their anecdotes.

“I grew up in a home where a photo of Elvis sat on my parents’ fridge next to their grandkids’ ultrasound souvenirs,” Erin wrote on an Instagram carousel in June 2022. “Graceland Christmas Village is the only legacy I wish for one day.”

Both Ben and Erin – who took their mother, aunts, family and friends to a screening of “Elvis” – praised Austin Butler’s performance and Baz Luhrmann’s direction.

“On Sunday morning my daddy, a preacher, played Elvis gospel music loudly around the house,” Ben shared in his own Instagram post. “When he or any of us sang in church, we tried to sound like Elvis. My older brother and I tried to rock long sideburns in high school because of the king! For Erinapier and I, he’s more than a performer, he’s a family member.”

Next, the couple will be together for the second season of Home Town Takeover with Dave and Jenny Marrs in Fort Morgan, Colorado.