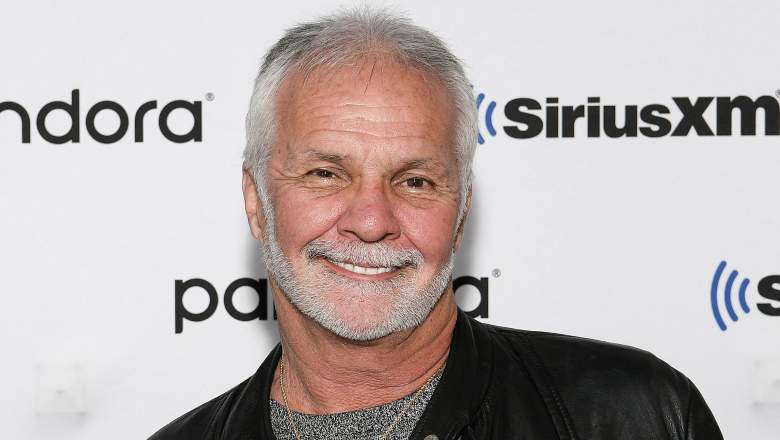 “Below Deck” star Captain Lee Rosbach was once the victim of a brazen bankruptcy scam. Someone filed for bankruptcy on his behalf in Georgia federal court while he was at sea, and it resulted in some unfortunate headlines for the Bravo TV star. The case was eventually solved, but court documents obtained by Heavy reveal what actually happened.

Rosbach said in a 2017 affidavit, available here, that he was alerted to the fraudulent filing on his behalf when someone called him to say there were articles online claiming he had filed for bankruptcy. Rosbach said in his affidavit that he did not file the bankruptcy filings, nor did he authorize anyone else to do so.

The bogus Chapter 13 voluntary bankruptcy filing was filed in the Northern District of Georgia on March 6, 2017, according to Heavy court documents. The filing uses Captain Rosbach’s full name, Harold Lee Rosbach, and lists the Bravo star living in a house in Decatur, Georgia, where he and his attorneys later say he has not lived in several years.

A false social security number was also used in the filing, according to court documents. The bankruptcy application was even accompanied by a notarized document containing Rosbach’s forged signature. The document is said to have been signed by Rosbach in front of a notary on March 6, 2017, at a time when Rosbach said he was actually working, according to court documents.

The filing failed to include several necessary documents, including financial statements, lists of assets and liabilities, and the names of creditors who were allegedly owed money. Just days after the documents were filed, the trustee’s office, which oversees bankruptcy cases, began to realize something was wrong, records show.

Guy Gebhardt, then acting US trustee for the region, launched an investigation, according to court documents. Gebhardt wrote in a court filing: “The United States Trustee believes that Mr. Rosbach did not approve the bankruptcy filing and that the voluntary filing was completed, signed and filed with the court without Mr. Rosbach’s knowledge or consent. … The United States Trustee has reason to believe that Maurice Clarence Jeffries’ voluntary petition was filed with the clerk.” Gebhardt attempted to question Jeffries in connection with the case.

Gebhardt also attempted to interview another man, Edward Tinsley, who had notarized a document containing a fraudulent version of Rosbach’s signature, court records show. “The voluntary petition is accompanied by an affidavit from Pro Se, said to have been signed by Mr. Rosbach. [Docket No. 3]. Pro Se’s affidavit shows that it was notarized by Edward Tinsley,” Gebhardt wrote. “The United States Trustee believes it is necessary and appropriate to investigate the circumstances surrounding the preparation and filing of the Voluntary Application and therefore believes it is necessary to conduct an investigation of Edward Tinsley under the Bankruptcy Rule 2004.”

Tinsley and Jeffries were invited for interviews in April 2017. In May, Gebhardt filed a filing confirming that Rosbach had not filed for bankruptcy. “The United States Trustee believes that someone filed the voluntary petition on behalf of Harold Lee Rosbach to invoke the automatic stay to prevent foreclosure on property located at 2823 Fairoaks Road, Decatur, Georgia 30033. While Mr. Rosbach is the title owner of the Fairoaks Road property, he has not resided on the property for several years,” Gebhardt wrote.

He added: “The signature on the voluntary petition does not belong to Mr. Rosbach. The social security number given on the petition does not belong to Mr. Rosbach. To the best of my knowledge and belief, the unauthorized filing of these bankruptcy proceedings … has caused Mr. Rosbach great inconvenience and expense.” A judge granted the motion to dismiss the case and ruled that Rosbach had not filed for bankruptcy himself, records show.

It does not appear that criminal charges have been filed against Jeffries or Tinsely in connection with the bankruptcy proceedings. But Jeffries was arrested in Florida in 2019 in a case alleging he tried to defraud a Palm Beach County man out of $650,000, the Palm Beach Daily News reported. He and another man were accused of stealing $160,000 from the victim.

“Police said Jeffries … conspired to commit a ‘complex’ plan to defraud the Palm Beach man, who involved forging his driver’s license, stealing his debit card number, cloning his cell phone and blocking his access to the account by canceling his Bank of America debit card,” the newspaper reported. Jeffries pleaded guilty to multiple counts and faces up to seven years in prison, records show.

Rosbach told TMZ in 2017, “I was at sea. So it was like I get all these emails and calls and my phone explodes. And I say, ‘I mean, I love you all, but what’s the matter?’ They said, “Well, your bankruptcy. We had no idea.’ I said, ‘What bankruptcy? I’m not bankrupt. I don’t owe anyone.’”

Rosbach added: “The Justice Department got involved and they isolated two people and I gave them the name of a third. And a company. I have no idea who these people are or what their motivation might be or if they are part of something bigger. I just have no idea. And I say, ‘Why would you do that?’

The Below Deck star continued, “It’s devastating. I mean, it’s been circulating all over the internet that you’re a loser and you’re not paying your bills. It hurts my career. It only hurts me as an individual because I see integrity as one of those things you either have or you don’t have. I was always proud of that. And that someone just so blatantly and so openly questions that really pisses me off. I want that pound of flesh.”

In 2022, he spoke to Heavy about the spotlight he’s had as part of Below Deck. He said during the exclusive interview: “If you look at the totality of the years, you have to pay to be in the spotlight, but it’s all worth it. It has given me a platform to be myself and help other people along the way.”

Rosbach added, “Nobody ever prepares you for what’s going to happen with your life and it certainly will never be the same again. Certainly the biggest benefit so far is that I have been given a platform to speak about issues that are important to me and access to doors that would not normally be open. It’s up to me to figure out how to use my platform and do good with it, and I want to use it to positively impact people.”