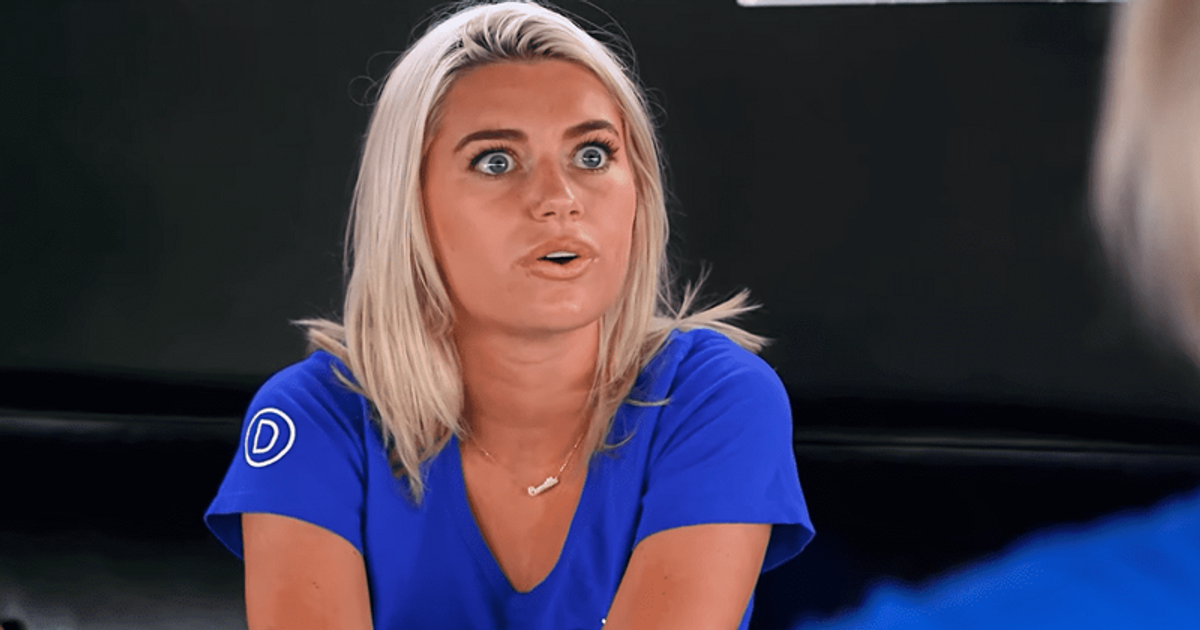 RODNEY BAY, SAINT LUCIA: It’s going to be a tough day for Camille Lamb! The drama of Below Deck season 10 finally comes to an end at Bravo. Yes, you guessed it — Camille is fired from the show after her constant nagging and terrible beef with Ashley. In addition, she was almost no help to the crew members.

In the upcoming episode Below Deck Season 10 Episode 9, titled Diary of a Deckie, we will see Captain Sandy calling Camille into her chamber for a one-on-one interview. Camille immediately understood what Captain Sandy meant when she said, “This isn’t easy for me.” Camille says in shock, “Oh my god, no, really?” Captain Sandy then tells Camille clearly, “I’ll let you go this morning.” Read on to learn the reason behind Camille’s sacking.

Sandy explains that as captain she has to take care of everyone and listen to her department heads. Camille fought for her position, saying: “I feel like being let go is the last thing I want to do.” Captain Sandy explains the hard side of the job, stating that she has no control over whether or not she gives someone repeated chances. She says her job doesn’t allow her to do things of her choosing. Captain Sandy says, “In reality, I have to execute the charter, I have to come to an agreement on this.”

In the personal interview, Captain Sandy goes on to say that one of her duties as captain is to maintain harmony on the boat. And if a person continues to affect that harmony after multiple occasions, then they have no choice but to let the person go. She claims of Camille, “I had probably 10 conversations with her and she screwed it up, so today is her last day.”

Rather than accepting her mistakes, Camille clapped back at the heads’ decision to fire her. She says: “I’m very, very angry because I did everything to please these people and I don’t deserve to be fired. After the decision was sealed, Camille is seen in the sneak peek video going to all the department heads and asking for their grievances. She went to Rachel, Fraser and Hayley. All they had to say was that Camille’s heart wasn’t in the work as she was never interested in working nor did she help other deck members.

After her release, Camille will return to Mississippi. However, what fans are wondering is if she will continue her relationship with Tony, who is still on the show.