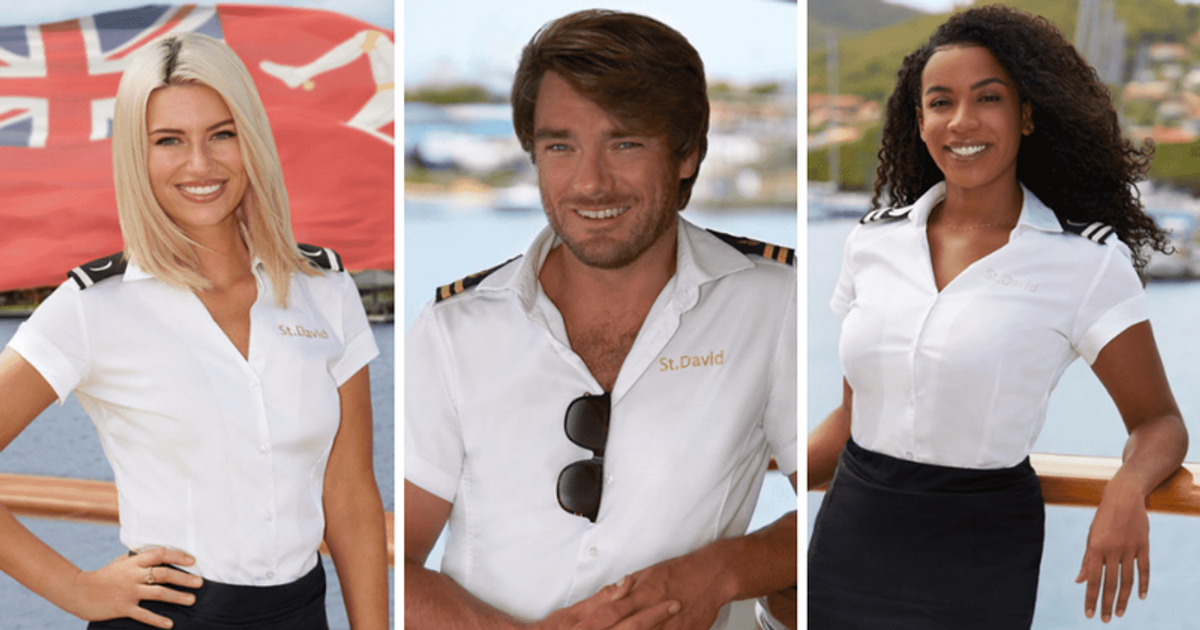 Joining Captain Lee Rosbach as he sails across the picturesque Caribbean island of St. Lucia are some familiar faces and many new ones

ST. LUCIA: The highly anticipated hit reality show Below Deck is back with a brand new Season 10. The upcoming season, touted as the “most shocking season ever,” will feature some familiar faces and several new faces among its cast.

As our stud of the sea, aka Captain Lee Rosbach, sails across the scenic Caribbean island of St. Lucia, he’ll be joined by familiar faces – chef Rachel Hargrove and Fraser Oldender, who’s been promoted to chief stew. They are joined by new hires Bosun Ross McHarg, Stews Hayley De Sola Pinto and Alissa Humber, Deck/Stew Camille Lamb and Deckhands Tony Duarte, Katie Glaser and Ben Willoughby. Read on to find out all about the Below Deck season 10 crew.

Affectionately dubbed the “Stud of the Sea”, Captain Lee values ​​the special bonds he forges on deck and always puts the safety of everyone on board above all else. Lee is looking forward to returning to the Caribbean this season with familiar faces, Executive Chef Rachel Hargrove and Chief Stew Fraser Olender, while he adjusts to the new superyacht St David.

Although mostly self-taught, Rachel attended the Culinary Institute of America and completed an apprenticeship at the Michelin-starred restaurant Quatro Passi in Nerano, Italy. Having spent time in Thailand, Japan, India and Italy honing her craft, Rachel revels in her wide range of cuisines – from molecular gastronomy to gluten-free pasta – and is unaffected by almost every charter guest preference sheet.

Fraser returns to the Caribbean to work under Captain Lee again and is thrilled to be Chief Stew on St. David. However, when the charter guests become too demanding, he has to prove himself as a department head.

Hailing from Cornwall, England, charismatic New Stew Hayley De Sola Pinto is looking forward to cruising the Caribbean waters. For most of the year, Hayley is an advanced aesthetics practitioner for her self-developed business class Aesthetics. Her love of traveling and meeting new people has led her to work on and off yachts since she was 23 years old. With her sense of humor and empathetic personality, Hayley specializes in making charter guests feel welcome and at home on St David’s. However, her admittedly loud and over-the-top personality often brings her into the mix of drama on board.

Born and raised in Florida, Alissa Humber dived headfirst into sailing a little over two years ago. Alissa, who now lives in Miami, spends her time working as a stew on temporary yacht jobs. In the off-season, Alissa loves to go shopping and is amazed by the beautiful, colorful fashion in her town. She also embraces nature and enjoys kayaking or hiking in the Sunshine State. Working as a stew aboard the St David, Alissa takes pride in delighting charter guests and ensuring they have the best time on board. However, when a conflict arises between her and another stew, tensions rise throughout the crew.

Coming from a family of merchant boaters, boating has always been in Camille’s blood. With sailing experience since the age of 9, Camille is a natural born sailor with a love for the water, the beach and travel. An avid singer and songwriter, Camille took part in last year’s American Idol. After her elimination, Camille found herself lost and returned to her roots on the water. With only her childhood sailing experience, Camille secured a job on a day charter yacht in the Virgin Islands. Since then, Camille has completed a more formal yachting education with work experience in Miami and Los Angeles. Camille joins St Davids this season and works both on deck and within the yacht as deck/stew but when she gets split between the two departments she loses motivation on board.

At the helm of the deck team this season is Boatswain Ross McHarg. Originally from the UK, the British yachtie has lived around the world for the past 15 years. Most recently, his travels took him to Asia, where he settled. Twelve years ago, Ross discovered sailing while teaching ski seasons in Europe and left the snow for the sand without a second thought. With his love of traveling and meeting new people, sailing was the perfect career move. A seasoned boatswain, Ross brings experience and wisdom to his team, but his flirtatious nature gets him in hot water with the crew.

Costa Rican-born deckhand Luis Antonio “Tony” Duarte is no stranger to the sea. An adrenaline junkie, Tony has experience as a scuba diving instructor in South Africa, whale watching guide in Costa Rica and zip liner in the Bahamas. When not working in beautiful, remote locations, Tony enjoys surfing, fishing and cliff jumping. A nomadic nature with a passion for travel, Tony roams from place to place but looks forward to calling St David home for the charter season. With previous experience on smaller boats, Tony welcomes the challenge aboard his first superyacht.