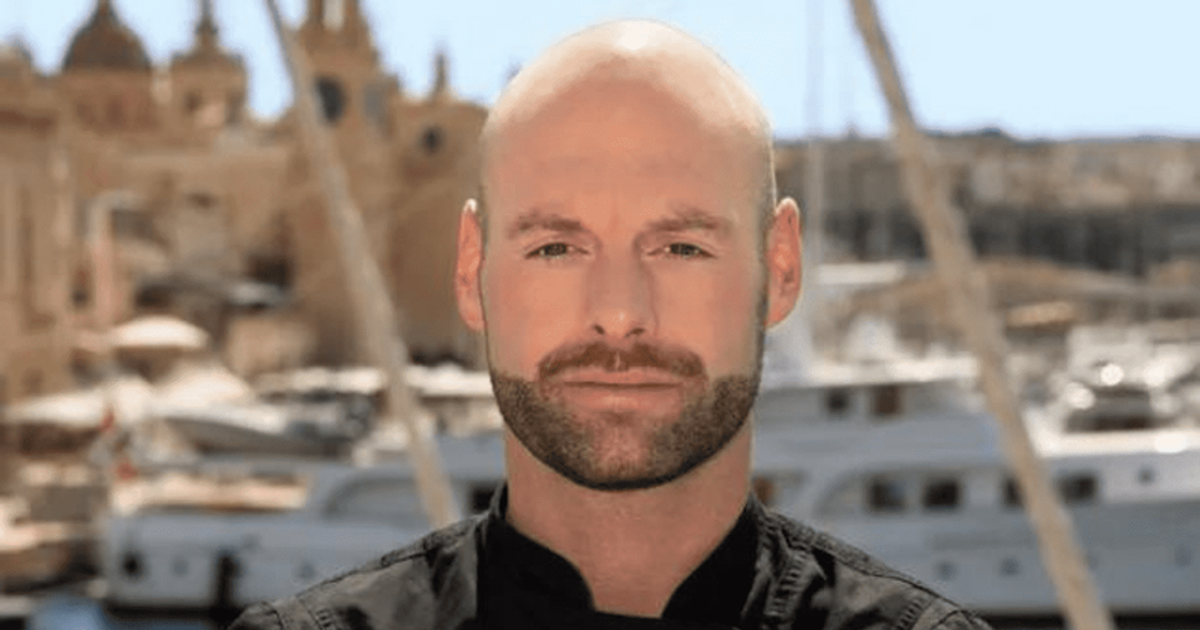 Will Chef Dave be able to cook up some gourmet dishes alongside the drama in Below Deck Med Season 7? We have to wait and watch

The chefs on Below Deck Mediterranean have a notorious reputation for being unmanageable. After several meltdowns and strikes, season 6 chef Mathew Shea finally decided to leave the Bravo show for good, leaving captain Sandy Yawn with no choice but to select a new chef.

After carefully reviewing several resumes, Captain Sandy was finally shortlisted for Executive Chef Dave White. This British-born chef is no stranger to the reality TV world thanks to his previous stint with MasterChef Professionals (UK). So will Chef Dave be able to cook up some gourmet dishes alongside the drama in Season 7 of Below Deck Med? We have to wait and watch. In the meantime, here’s everything you need to know about Chef Dave.

ALSO READ
Who was Christina Bird? The 11-year-old dies after being taken off life support days after the accident that killed her friend

Who is Chef Dave White in Below Deck Med?

Born in the UK, Dave White has over seven years experience as a chef and has worked in some of London’s most prestigious kitchens, according to his Bravo bio. Dave takes great pride in his flair for serving and presenting, a skill that will definitely come in handy during his time on Below Deck Med. In 2012, Dave appeared on MasterChef: The Professionals. Although the talented chef failed to win the culinary competition, he still managed to land several cool gigs to cook for celebrities like Leonardo DiCaprio, Oby Maguire, surfer Kelly Slater, etc.

During an interview with iNews, Dave said: “I was 22 at the time and I was the chef in a big hotel in Corsica. I had so much to learn, but I thought I was awesome. The MasterChef appearance got me to the point. I made it to the third round where I had 11 minutes to cook bone marrow as the main ingredient.” “I had no idea what to do. Luckily the beautiful Monica (Galetti) discreetly showed me how to get the marrow out of the bone and then I was gone. Well, kinda marrow bruschetta, garlic and shallot butter with baby cilantro salad. I got kicked off the show and it felt like shit. I think that inspired me to improve. Since then I have cooked for celebrities such as Leonardo DiCaprio on many superyachts. E from Entourage, Toby Maguire, surfer Kelly Slater and various billionaires,” he added.

In the trailer for Below Deck Med, Dave can be heard expressing his love of working in a busy kitchen and the adrenaline that comes with it. Aside from getting an adrenaline rush in the kitchen, Dave also seems to be an adventure junkie having climbed Mt Everest. He is also a former professional freeride skier and won a gold medal in British freestyle skiing in 2014. He is also a licensed skydiver and has never given up despite multiple injuries.

According to Dave’s Instagram, he suffered an accident and broke his back in December 2021. Funds for CALM, a mental health nonprofit, were pushed back to 2023 and he would instead volunteer to cook for all the Ukrainian refugees.