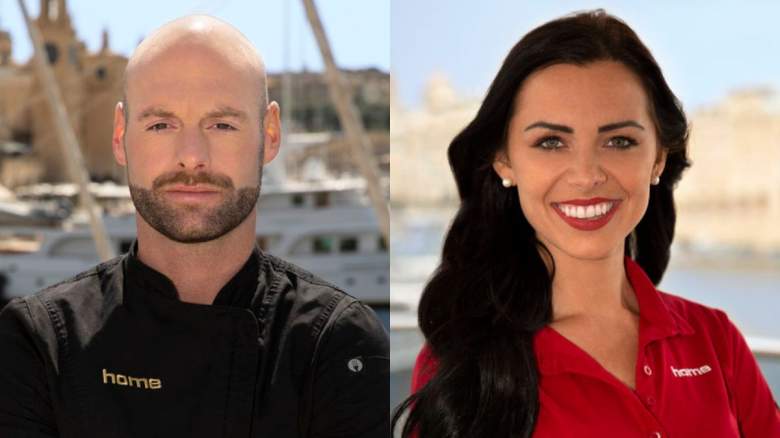 One of the main storylines developing in this season’s Below Deck Mediterranean is the complicated, pre-existing relationship between Chef Dave White and Chef Natasha Webb. While the two season seven stars boarded the motor yacht Home as former colleagues on a previous ship, it was quickly revealed that they had also been romantically involved. However, Webb wanted to keep it a secret because things between her and Dave started when she was still in a relationship with her boyfriend at the time.

In a recent interview with ET, cast member Kyle Viljoen opened up about the drama brewing between White and Webb. “I never knew how passionate and intense Dave and Natasha’s relationship was,” the stew shared, “and I’m only learning more when you see it coming.” And then I realized that maybe this isn’t a good relationship later on and why the reasons for that.” He teased:

In the same interview, Viljoen revealed that he’s a big Below Deck fan and has “watched all the seasons.” Sharing his thoughts on Captain Sandy Yawn with ET, he joked, “If I ever hear Sandy say, ‘Kyle, Kyle, get on the bridge,’ I’ve already taken my pants off, I’ve already packed my bag. This is my anticipation. You know what I mean? I’m like, ‘Okay, wait a minute. I’m getting my bag now…'”

He said he knew Captain Sandy could seem “very strict” to fans of the show, but added, “Oh my god. She’s one of the easiest captains I’ve ever worked with.” He continued, “Quite simply the easiest captain I’ve ever worked with. She never micromanaged me, never micromanaged the inside. It allowed us to let our creativity run wild.”

Season 7 stew is quickly becoming a fan favorite, and while it seems like the inside crew is a dream team so far, the trailer hinted at a big fight between Viljoen and fellow stew Natalya Scudder. “I still struggle at times to really understand how I got to this point in the first place,” he told ET of their struggle. “Natalya and I, we are like brother and sister.” He added:

Viljoen has previously worked as Chief Stew and wondered if he ever wanted to take on that role on Below Deck. “In a heartbeat!” he told ET. “Do I think I can take the position of chief stew? Without doubt. It’s done and dusted. I really figured it all out.”

He concluded, “So you can only hope that I evolve, and I want to show that to the LGBTQA+ community, that introducing this character can get on board, that you can work from the bottom and thrive all the way to the top. You are not judged by who you are as a person.”