Bargain Block Season 2 Premiere Date and Time: When will it be released? 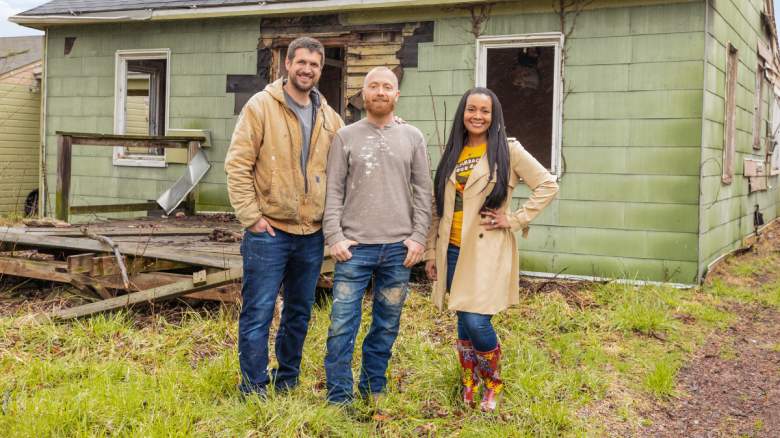 Keith Bynum and Evan Thomas return for another season of Bargain Block. The second season of the HGTV series premieres Wednesday, June 8, 2022 at 9 p.m. Eastern and Pacific time. It will also be available to stream on Discovery+.

“Partners Keith Bynum and Evan Thomas want to be part of the restoration of the legendary American city of Detroit,” reads the series description. They turned to real estate expert Shea Hicks-Whitfield, who is expecting her first child, for help.

“Keith and Evan will purchase multiple derelict and abandoned homes in a single block, bring them to stud and create affordable, stylish and fully furnished starter homes that are ideal for first-time buyers,” reads HGTV’s press release. “Now based in the Motor City, the couple have renovated and purchased their own home, and opened a new retail store and workshop, will bring a functional layout, artistic design and beautiful repurposed furniture to each property. The end results are incredible transformations of derelict homes that are an inspiration to the entire neighborhood.”

The announcement added: “To tackle the next round of renovations on the block, Keith and Evan will be purchasing two dilapidated neighboring homes, both of which have extensive water damage and sky-high piles of trash. Once the properties are restored, the duo will give them an upscale design, one with a Hamptons Beach Cottage vibe and the other with a chic, moody Art Deco style.”

HGTV announced the renewal of the “bargain block” in September 2021.

“Keith, Evan and Shea have a deep passion for the city of Detroit and their commitment to revitalizing homes there has resonated with millions of HGTV fans,” said HGTV President Jane Latman in a press release. “They share a common goal of creating beautifully renovated homes that are accessible to all, and this mission helps sustain communities and improve lives.”

In February, Bynum celebrated the reveal of the trio’s 20th house. As he wrote on Instagram, “Time flies when you’re having fun!”

Most recently, Bynum and Thomas faced off against three teams of HGTV pundits on Season 3 of “Rock the Block.” Each team had one of four identical homes in Charleston, South Carolina and a budget of $225,000 to achieve the greatest appraisal value.

They lost to Mike Jackson and Egypt Sherrod from Married to Real Estate. Her other competitors were Leslie Davis and Lyndsay Lamb from Unsellable Houses and Dave and Jenny Marrs from Fixer to Fabulous.

“It’s really great to hear from the judges that they liked the house, the artistic quality of it was noticed and that’s really nice,” Bynum said after the winners were announced. “We came here to do that and they picked that up, that was great.”