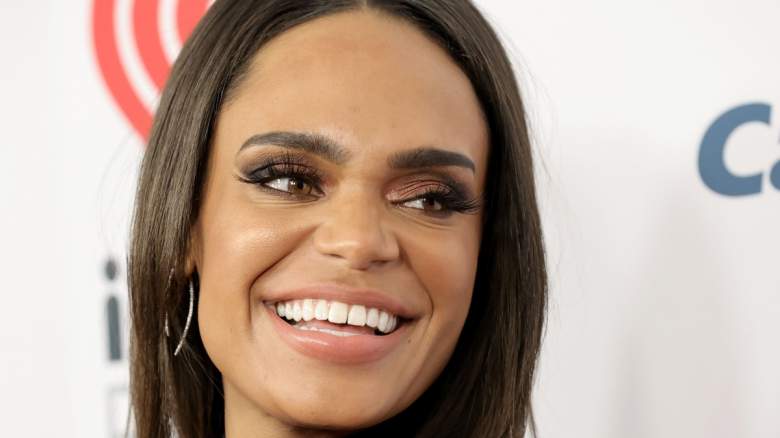 Michelle Young shared some major life updates on the latest Bachelor Happy Hour podcast. There has been speculation about the state of her relationship with her latest rose recipient from The Bachelorette, Nayte Olukoya, and some fans wondered if she would discuss it during the May 31 podcast. The day before this episode’s release, an Instagram tease promised “an important update” from Young. Did the news she shared live up to the hype?

Young wasted no time sharing the life updates leading up to this Bachelor Happy Hour podcast release. She paused frequently and seemed emotional as she discussed the changes ahead. She also explained that she has spoken to her family, colleagues, friends and fiancé Olukoya about her upcoming decision.

“It’s been an incredibly tough week as a teacher and this year has been wild,” she began. She noted that the combination of her classroom work and her “double life” as The Bachelorette has been “a complete whirlwind” and she’s been in a “thoughtful mindset” lately. Noting that it “caught me off-guard to actually stop and think about how long I’ve been in this position” feeling like she was in “survival mode,” realizing that it’s been “two years I just flew by the seat of my pants.” Young also spoke about the state of the education system at the moment, and she realized her mental health has suffered.

“I decided to leave the classroom,” Young revealed. “I have to make sure I take care of myself,” she noted, adding that education is something “that’s incredibly close to my heart.” Young admitted she’s “burned out on teaching,” and she knows “I’m more than just a teacher, too.” She’s leaving the classroom for a year to “really capitalize and push forward and put all of my energy and effort into my passion in a different way and really, really try to drive that change,” she says Education system needs the right thing now.

The Bachelorette star mentioned an interest in starting or working with non-profit organizations, noting that she will be promoting some products and taking advantage of opportunities that arise. She also mentioned sharing more about skincare and fashion. Young explained she’s striving to get out of survival mode and find balance in her life while continuing to “leverage the passion I still have for education.” Expecting a verdict on her decision, Young feels “the teacher’s fault.” Still, she’s confident this is the right decision for her, and she’s “getting closer to changing the world, not moving away.”

After the podcast’s release, Bachelor Nation fans shared their thoughts on Reddit. “I don’t blame her at all. At least she has a career to fall back on when the influencer life ends. Some of these people don’t seem to have a plan,” one person noted. “A lot of us called that she was quitting teaching and becoming a full-time influencer and so many of you said she wasn’t like the ‘other girls.’ Better not get her now,” countered another poster. “I don’t blame Michelle for that at all. Teachers and children deserve more advocacy and solutions, and maybe she can help drive the changes we need,” suggested another former teacher. It may have been a tough decision for The Bachelorette star, but she seems to have a lot of fans and everyone will be excited to see where she goes from here.