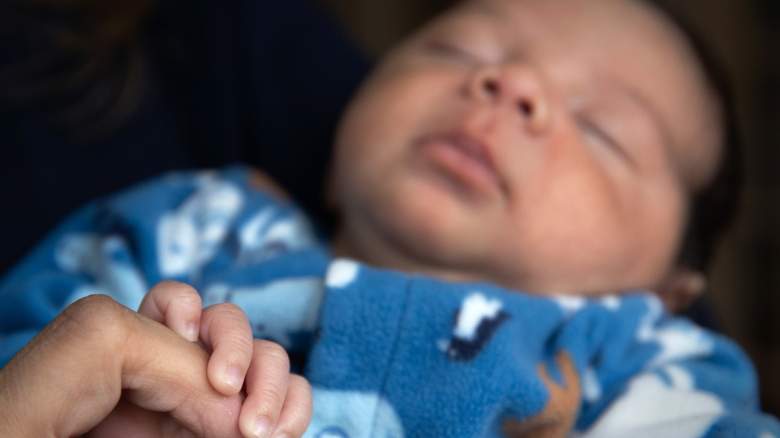 Rachel Lindsay and Bryan Abasolo fell in love on Season 13 of The Bachelorette, and they’re one of Bachelor Nation’s only successfully married couples. Now, the two seem ready to take another big step in their relationship: expanding their family. Both Lindsay and Abasolo have spoken out about wanting kids in recent podcast appearances, and it seems like they’ve moved past the thinking phase.

Lindsay recently chatted with her husband and Bachelor Nation fan favorite Mike Johnson on her Talking It Out podcast. The trio covered a lot of ground, including some tidbits about how “The Bachelorette” couple envisions raising their kids one day. Abasolo joked that he would be the “good cop” in a way, and Lindsay admitted she would probably be “annoying” if she spoke openly about sex since her parents didn’t do it growing up.

The “Bachelorette” star also openly noted that it sometimes feels unfair that women who want both children and careers have to make a lot of trade-offs when trying to sort out timing issues. She said she’s “dealing with it right now” and trying to “plan strategically” when would be the ideal time to have children. At the same time, she knows that getting there isn’t always as easy as one would like, and she’s “learning that there’s no right time” to take that leap. When Johnson specifically asked when he could see Lindsay-Abasolo babies walking around, Lindsay replied that she and her husband were “already taking steps.” However, she wouldn’t share any details beyond that, telling Johnson, “That’s all I’m going to say.”

Lindsay may not have shared specifics about her journey to motherhood, but she did mention the experience of another “Bachelor Nation” couple. Astrid Loch and Kevin Wendt welcomed their son August in November 2021 after a difficult IVF journey. “It didn’t happen as naturally or as easily as they thought,” Lindsay noted of her friends, explaining that her experience also influenced her thoughts on how to proceed. Lindsay also admitted when it comes to how many children she would like to have: “I wanted four but we have to cut back now. I am 37.”

Though Lindsay has struggled to find the right timing for parenthood, Abasolo says the couple is in a “good place” right now. He shared some updates on Us Weekly’s Here for the Right Reasons podcast, admitting that time with Lindsay “flew”. He added that they “have grown so much together” and now “have a new house, we have our dogs, kids are in our future” and “our career is thriving.” They make time together a priority because they’re determined “not to lose sight of why we got together in the first place,” which was love. Both “Bachelorette” stars have clearly spent a lot of time imagining adding kids to their already busy lives, and many fans will be excited to see how they progress from “working on it” to sharing exciting news about a baby.