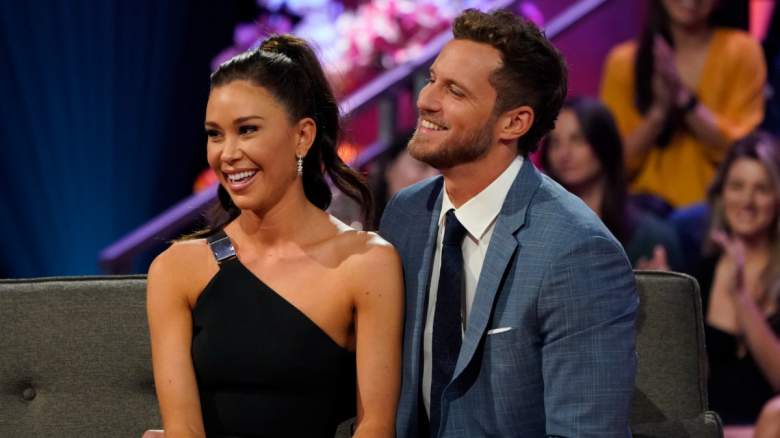 The finale of The Bachelorette aired on Tuesday, September 20, 2022, ending all loose ends from Rachel Recchia and Gabby Windey’s season.

Host Jesse Palmer led the conversations throughout the night, bringing up some difficult points for discussion, including Recchia’s split from Tino Franco and Schwer’s text messages from a relationship he had before going on the show. However, there was one thing Palmer didn’t mention — and that was the photo of Schwer in blackface that was shared online about a week ago.

On September 8, 2022, a photo of Schwer in his high school yearbook was posted online. The picture showed Schwer dressed like Jimi Hendrix – in full blackface. Schwer quickly took responsibility for the photo and apologized in a public statement on his Instagram account — but the photo wasn’t mentioned in “After the Final Rose” — and several people took notice.

A few former “Bachelor” stars, including former “Bachelorette” Rachel Lindsay and “Bachelor in Paradise” star Thomas Jacobs, both spoke out about the decision not to discuss the picture.

“So we’re just not going to talk about the Black Face? Guess we’re going to sweep it under the rug,” Jacobs said in a video posted to his Instagram Stories Tuesday night.

“I won’t lie, quite disappointed that they didn’t address the issues that were going on outside of those text messages. At this point, if you’re on social media, we’ve all seen it. Especially in the specific context of race relations when it comes to this franchise… to have a scenario like this and just not even bring it to light, especially after everything that has gotten us to this point over the last three years… it’s quite disappointing,” he added.

Lindsay had a similar attitude.

“Sigh, someone has to say it… That’s the picture they should have posted as the address in tonight’s finale, rather than the text from the ex. You really missed the unnecessary and important conversation that was deliberately not conveyed. This was an opportunity for @erich_schwer to assert his IG post instead of hiding behind it. Unfortunately, not all of us can hide in the same way when we’re so upset about it,” she posted on her Instagram Stories.

While the show was still airing, Schwer posted an apology on social media.

“I sincerely apologize for the insensitive photo of me in blackface from my high school yearbook that was circulated. What I then thought was a display of my love for Jimi Hendrix was nothing but ignorance. I was naïve about the hurtful impact of my actions on the black community and those closest to me, and will forever regret my abusive and harmful behavior. I am deeply ashamed of my actions and understand that my apology is only the first step in taking responsibility,” wrote Schwer on Instagram.

After the finale aired, People magazine did an exclusive interview with Windey, where she addressed the controversial yearbook photo for the first time.

“I was incredibly shocked. [I] I just really needed to process my thoughts and then think about how we can grow as a couple and learn from it,” she told the outlet.

“Ultimately, it was time for us to step back and reflect on our relationship and see if we can get through this. You have to be really good at your communication, really honest with each other as you’re having these tough conversations. We see how we can get better out of both,” she continued, adding, “Our commitment to each other is there. Now it’s all about the hard work, getting to know each other, more communication, really strengthening those building blocks before we get to the altar.”