Bachelor Nation Stars Whose Pets Have Their Own Instagram Accounts 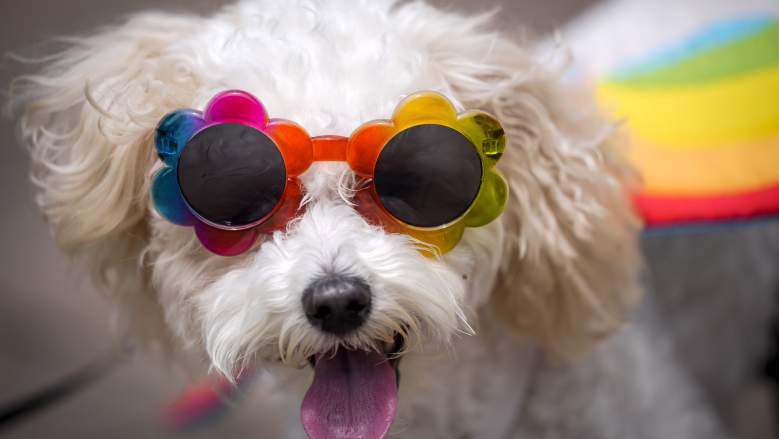 Social media has conquered the world. It permeated Bachelor Nation. And apparently, it’s also sucked in the furry friends of many Bachelor Nation stars.

Scout Brown-Underwood has joined the household of The Bachelor star Colton Underwood and his fiancé Jordan C. Brown. Scout has his own voice on social media and “posts” things like “Hello world, I’m Scout!”. in his inaugural photo.

There is also a picture of Scout with Brown including the caption “Hi my name is Scout and this is one of my dads. He loves hand feeding me, scratching my throat and teaching me not to pee in the house.” Another post shows him with Underwood, with Scout announcing, “That’s my other dad. He likes sneaking treats, throwing my toys, and showing me off.”

Fans also respond directly to Scout, posting comments like “Hi Scout! You’re a sweet girl” and “I’m so glad your Pawrents gave you your own Instagram.”

Some fans even ask the dog questions like “Are you an Australian Shepherd??? I just adopted a 10 month old Australian boy named Izzy! She’s beautiful, just like you.” Scout hasn’t responded yet.

Bachelorette Katie Thurston has a cat who shares her Instagram page with her other fluffy friends. Like Scout Brown-Underwood, Tommy speaks for himself. He introduced fans to his blurred face in a Feb. 15 Instagram post with the caption, “Hi, I’m Tommy and the little chopstick with a sweater is Dexter. Nice to meet you!” Dexter is Thurston’s ex-boyfriend’s dog.

According to Us Weekly, fans were worried about the relationship between the couple’s four-legged children when Thurston and boyfriend John Hersey split in June. However, the Bachelorette assured fans that everything was fine. “Furry friends still,” reported Us Weekly on June 30. “Katie Thurston let fans know that her beloved cat, Tommy, will remain good friends with ex-John Hersey’s dog, Dexter, even after their humans have decided to split.”

Other pets in Bachelor Nation have tried to befriend Tommy. For example, a feisty cat posted, “Hi Tommy! I’m Brick! Follow me!” But Tommy’s schedule of play dates might be packed right now.

Bachelor Nation fans remember Shawn Booth as the winner of season 11 of “The Bachelorette” in 2015. He got engaged to Kaitlyn Bristowe, but the couple split in 2018. Don’t worry. Booth has his faithful companion Walter at his side.

Like the other pets here, Walter has his own Instagram account and it’s full of adorable pictures. There’s even a hilarious video of Walter driving a car while being chased by the police and telling himself, “Keep cool man.”

On the site, fans can watch Walter grow from a tiny puppy to a fully grown dog. One of Walter’s first posts shows him as a puppy with a bandana almost as tall as he is. The caption reads, “I had to do my best when my dad came and picked me up.”

Originally, the account was only for ramen. Of course, when the couple added Pinot to the family, they had to let the two rescuers share the social media space. On National Dog Rescue Day, the two K-9s took to Instagram to thank their humans for their rescue efforts. Technically, Ramen wrote the post because “Pinot doesn’t know how to type,” read the caption.

CONTINUE READING: Season 19 of ‘The Bachelorette’ Delivers Another Bizarre ‘First’

ROAD RULES The most common mistakes made by learner drivers have been revealed – you face a £5,000 fine and 6 months in prison...

ROAD RULES The most common mistakes made by learner drivers have been revealed – you face a £5,000 fine and 6 months in prison...