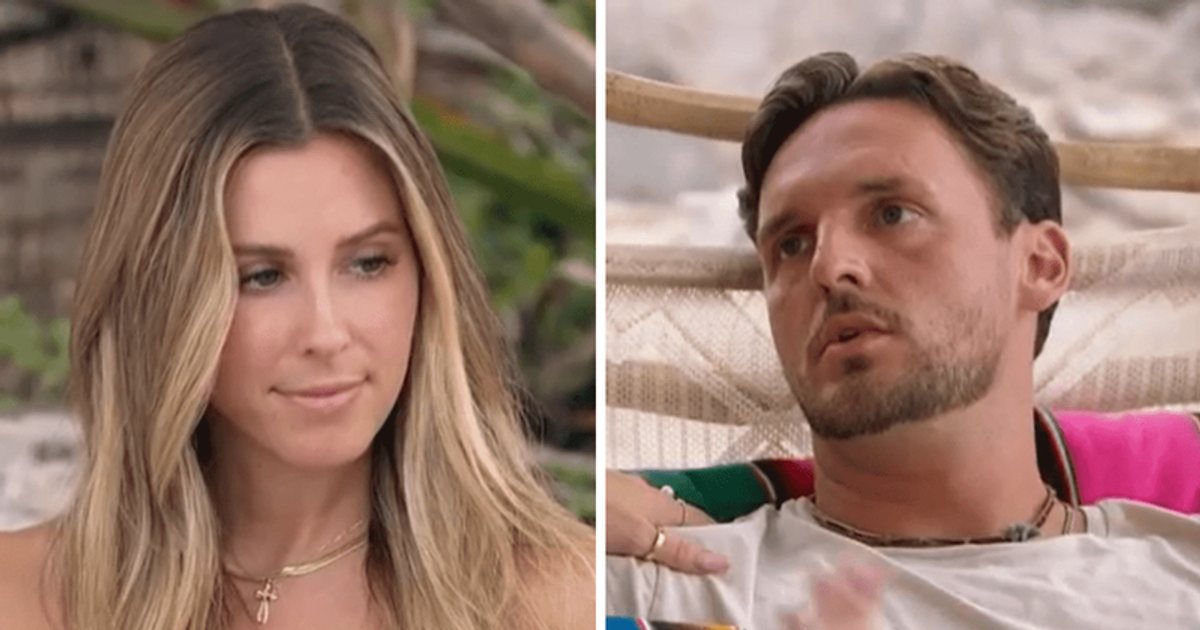 “I don’t even like Logan, but he dodged a bullet with Kate. The girl is a pure narcissist,” wrote one fan

VALLARTA, MEXICO: Logan Palmer explained on the November 21 episode of “Bachelor in Paradise” that the rose ceremony would reveal the “great rift” between the couples, and that’s exactly what happened. When Logan offered Kate Gallivan his final rose and was ultimately rejected by her, the season’s final rose ceremony began with what viewers believe was a blessing for him.

The men gave away roses in front of dream suites one last time on Monday’s episode of Bachelor in Paradise. Kate and Logan had a lot of back and forth before the rose ceremony. Logan, on the other hand, was all in. “Kate, I still think about our night on the beach when we decided to be together,” he added. “We went through fire together and I know I don’t always take it easy on myself, but I still believe in that feeling and I still believe in you and me. So, will you accept this rose?”

Kate, on the other hand, wasn’t on the same page. “We had some unforgettable moments on the beach,” Kate said. “You also told me that I was critical, looking down on you, not warm enough and stimulated by the trauma. In reality, these are projections that I feel of you. As Jesse [Palmer] used to tell us to ask ourselves if we are happy or in love, the answer to these questions for me is no. I know what I want and it’s not that. So no, I’m not going to take that rose.”

Kate and Logan hit it off during split week and developed a strong physical bond. She wasn’t pleased with him when he didn’t ask her to turn down Hayden Markowitz’s date invitation. Kate began to understand after meeting Hayden that she would prefer someone with a more secure lifestyle and job than Logan. She worried that they were in two different stages of life. After that, she went back and forth for several days before deciding to turn Logan down.

Calling out Kate for how she handles things, one fan wrote on Twitter: “Kate really thought she was going to do something, even though she really is the most manipulative person.” Some fans even felt that Logan dodged a bullet, by being rejected: “I don’t even like Logan, but he dodged a bullet with Kate. Girl is a pure narcissist.” One fan quipped about how staged her exit felt: “Kate after putting on the achievement of her life with this obviously rehearsed dramatic exit.” Another ‘BiP’ viewer also tweeted, “Kate really thought that was her audition for Selling Sunset… kidding about you honey none of us ever want to see you anywhere again.”

One fan also felt Kate should have informed Logan about her decision to go their separate ways before the rose ceremony. “Kate why don’t you just tell Logan it doesn’t work before the rose ceremony,” the fan said. Another viewer wrote, “If you had told me Episode 1 of Paradise I would have felt sorry for Logan I would have laughed.” One fan added: “Kate is delusional. Watching her was emotionally draining. Fuck her for making me feel the need to defend LOGAN.” One hopeful fan also tweeted, “Can Shanae and Logan give him another chance?”