‘Bachelor in Paradise’ 2022: Fans have accused Victoria Fuller of lying about the schedule of her relationship with Greg Grippo 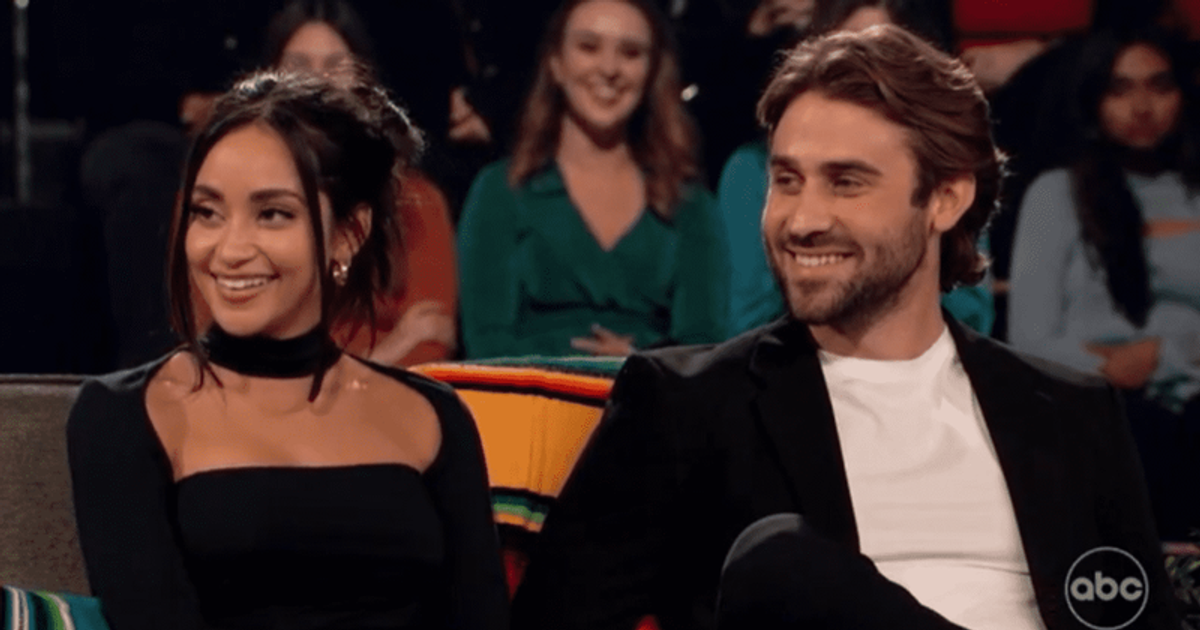 In the season 8 finale of Bachelor in Paradise, Victoria Fuller reveals the details of her relationship with Greg Grippo, but Bachelor Nation doesn’t believe it

LOS ANGELES, CALIFORNIA: On Tuesday in the season 8 finale of ‘Bachelor in Paradise,’ Victoria Fuller revealed that she began dating Greg Grippo after splitting from fiancé Johnny DePhillipo. Bachelor Nation not only refused to believe the relationship timeline she provided, but called the newfound couple amid cheating rumors.

Victoria cleared up speculation about her relationship status with Greg on the November 22 episode of the season 8 finale of Bachelor in Paradise. During the reunion segment of the finale, host Jesse Palmer asked Victoria – who accepted Johnny’s proposal on a beach in Mexico – if she started seeing Greg from Katie Thurston’s season of The Bachelorette after her breakup with Johnny. “Yes, Greg and I are together,” said Victoria, who starred in Peter Weber’s season of The Bachelor. Jesse then inquired if she cheated on Johnny with Greg.

Johnny disagreed. “I’m still thinking about talking to someone else while we work through our issues with cheating or emotional cheating,” he told Victoria. Jesse brought out Greg after Johnny left the stage.

“We’ve been friends for a while. We met through mutual friends last year,” Greg said of how he met Victoria. The New Jersey native revealed that he and Victoria rekindled their relationship in the weeks following their return from paradise.

“I was like, you know what, we’re in this moment where we’re really interested in each other and I thought I’d like to take you out for a drink,” Greg explained. “So you want to go to Rome in two days?”

The extravagant move was really an attempt by the couple to avoid the result of Victoria’s time on Paradise before it aired. “We couldn’t go out drinking in New York City or Nashville,” Victoria explained. “So we’re like, okay, we’ll go to Europe and maybe see, test it out, see how we fit in.”

Fans suspected Victoria and Greg had gotten together after seeing photos from their trip to Italy. When Nick Viall, another Bachelor in Paradise graduate, shared a video of Victoria kissing Greg on TikTok earlier this month, those accusations only grew stronger. Victoria eventually told Jesse that she didn’t care how others interpreted her relationship with Greg. “No one has to understand or understand it, and that’s fine,” she explained. “But anyone can hate us if they want to.” Victoria also revealed that she and Greg received identical “Ciao” tattoos in Italy.

Fans couldn’t help but capture the other cast members’ reaction to Victoria and Greg’s matching tattoos: “Reactions to Victoria and Greg’s ‘Ciao’ tattoos.” Calling on their bluff, one fan wrote, “Victoria and Greg Grippo really pretend their first date was their trip to Italy? So they think we’re actually stupid?” Victoria’s attempt to stalk Greg, even after she calmed Johnny down, made fans think, “All I need to hear is Victoria telling Johnny not to worry around Greg and then went and started dating him…that’s dodgy.” Another fan didn’t hold back on accusing Victoria of providing a false relationship timeline of her and Greg: “Victoria if you want to lie Johnny to cheat, make sure you at least prepare greg for the timeline you’re about to say. You can’t tell you started talking to Greg 5 months later & he comes on stage & says weeks.”

Some fans found their segment during the reunion to be the “cringiest,” writing, “That interview with Victoria and Greg was maybe the cringiest thing this franchise has ever put on my screen.” Seeing Tyler Norris just one of the actor who said something made fans think, “INTERESTING NO actor except Tyler had the balls to say shit about GREG and VICTORIA Trashy Asses. What a bunch of bit*hes.” Some fans have their own reasons why Victoria and Greg should be together: “Greg and Victoria deserve each other. Another fan added on how Greg made Victoria this season’s villain: “It’s not Victoria that ends up being this season’s villain because Greg fucks Grippo.”