‘Bachelor in Paradise’ 2022: Fans excited to see Rachel and Gabby together say ‘patiently waiting for the drama to unfold’ 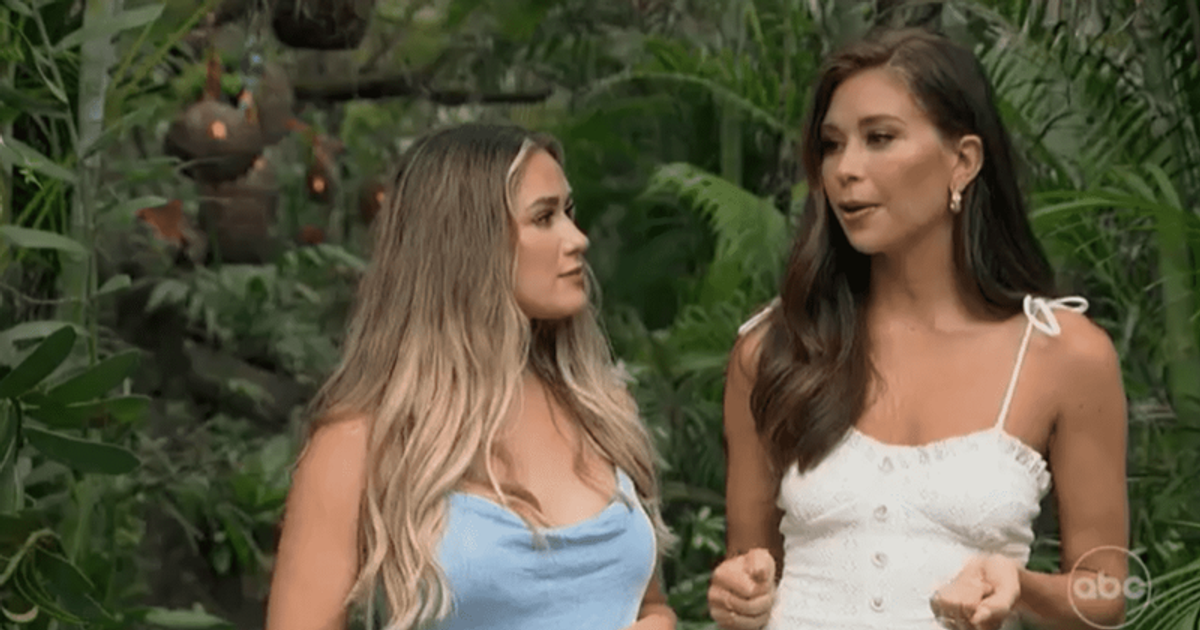 “I’m patiently waiting for the drama with Gabby & Rachel to unfold here now,” one fan tweeted

VALLARTA, MEXICO: Rachel Recchia and Gabby Windey made an appearance on the beach towards the end of the November 14 episode, causing excitement for Tyler Norris, Johnny DePhillipo and Logan Palmer. As much as viewers were upset that the producers only called them in at the very end of the episode, they appreciated how the contestants of their season together seemed nervous with their unexpected appearance on the beach.

Bachelorettes Rachel and Gabby showed up in paradise for no apparent reason! It’s meant to make her “exes,” particularly Johnny and Logan, uncomfortable, but it’s really just more producer-driven pandemonium. Tyler, Johnny and Logan shift in their seats and smile sheepishly as all the women greet each other with hugs and deafening squeals. Tyler finally gets up to greet the ladies.

“Hey Rachel!” he calls and puts his arms around her. “Congratulations to you, I’m just so happy for you.” Does he congratulate her on her “engagement” to “Tino”, or what? We think he is – this was most likely filmed before the ‘happy couple”s horrific visit/breakup in the finale. And it was undoubtedly filmed before Erich and Gabby’s split was announced last week.

What we’re supposed to be worried about here is what Gabby and Rachel might say to sabotage Logan’s connection with Johnny and Kate’s friendship with Victoria.

Angry fans slammed the creators for bringing the ex-bachelorettes in so late in the episode: “It’s rude to bring down Gabby and Rachel RIGHT AT THE END OF THE EPISODE.” While others just wait for the next episode, with that As the drama unfolds, “I’m patiently waiting for the drama to unfold with Gabby & Rachel here now.” Fans also noted how both were engaged (not anymore, sadly) when they showed up on the beach: “Gabby and Rachel were BOTH engaged while visiting the beach…” However, upon checking out the boys from their season, one fan reacted, “The boys when they see Gabby and Rachel going to the beach:”

Another fan quipped, “Every face when Gabby/Rachel shows up on the beach lol.” Given how things have turned out for the former bachelors, one fan tweeted, “Gabby and Rachel with their engagement rings don’t age well.” Describing the contrast between the reaction of the men and women on the beach, another fan quipped: “The girls The boys watch Gabby vs. Gabby & Rachel & Rachel watch.” On the other hand, another opinion read: “#sorrynotsorry, but I think Gabby and Rachel are the last people I want any advice from.”