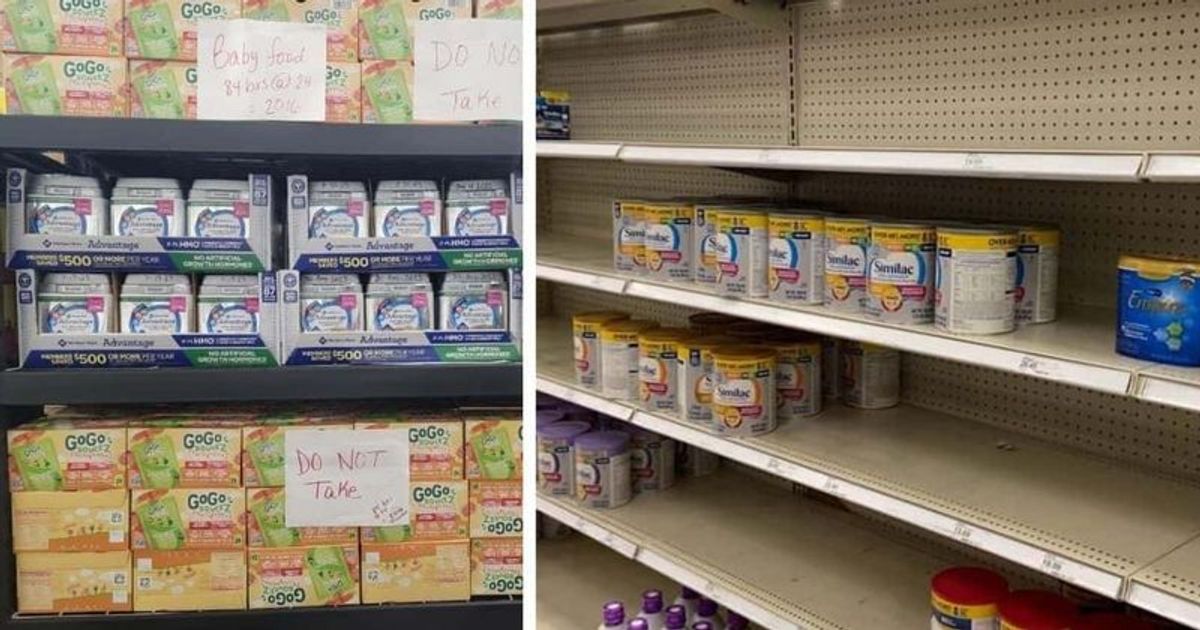 New data has shown that parents in Tennessee are hardest hit by baby food shortages, while Delaware is the second hardest hit

New data from the Daily Mail has revealed that parents in Tennessee are hardest hit by the baby food shortage. Second is Delaware, President Joe Biden’s home state. In Tennessee, 54.71 percent of the state’s usual supply is out of stock, while Delaware and Texas have 54.51 percent and 52.01 percent, respectively.

The data comes from Datasembly from the first week of May. Datasembly collects real-time data from 11,000 grocery stores nationwide and calculates the bottlenecks by state. Montana and Nevada are also clearly affected by the crisis. With 26.36 percent of usual supplies being out of stock, Colorado reported the fewest problems. The only other states with supply shortfalls of less than 30 percent were New Mexico and Indiana. The problem stemmed from an incident earlier this year in which four babies were hospitalized after eating contaminated formula after a Michigan-based factory allegedly flouted Food and Drug Administration (FDA) hygiene procedures. One of the babies died.

Recently, Florida Congresswoman Kat Cammack, a Republican, tweeted two images to express her outrage at the formula being sent to the border. One of the pictures shows full shelves of baby food and baby food from a southern border processing center. The other picture shows empty shelves in an American grocery store where baby food should be. “The first photo is from this morning at the Ursula Processing Center at the US border. Shelves and pallets full of baby food. The second is off a shelf here at home. formula is short. This is what America looks like lately.” She captioned the photos.

The baby food problem is the result of supply chain disruptions and a safety recall. As retailers restrict what their customers can buy, doctors and healthcare workers are urging parents to contact food banks or doctor’s offices. You are also warned against watering down the formula to stretch supplies or using online DIY recipes.

In addition to babies, children with special needs and their parents are also struggling to get through the crisis. As parents scour the empty aisles of New York City stores, pharmacies struggle to help children with pending infant formula prescriptions.

Amid the crisis, Gov. Kathy Hochul said the state health department is communicating with formula makers to track production, shipment and shipments. “In close coordination with our federal partners, New York State will continue to do what we can to support New York families in need of infant formula,” Hochul reportedly said. “My administration is committed to ensuring that every newborn and child has access to the nutritional support they need to stay healthy.”